Español
Recommended Erdogan's gaffe exposes the weakness of the EU

Erdogan's gaffe exposes the weakness of the EU 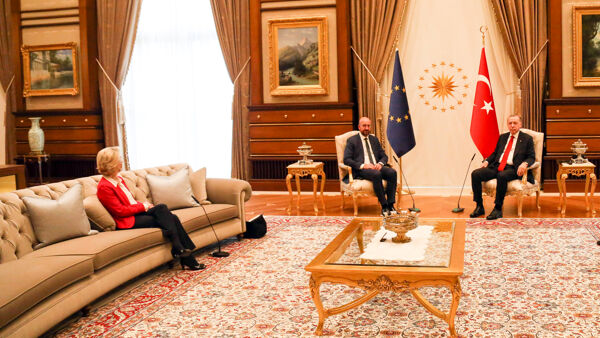 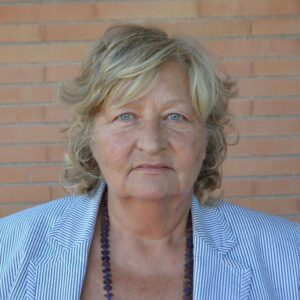 Alessandra Spitz
After collaborating as a freelance to various newspapers, he worked for three years at the Asca press agency as a union journalist. It then moved to the Ansa and for 18 years it was part of the Economic-financial area. He then became responsible for the new Multimedia area of ​​the Agency and finally assumed the position of Head of Central Editor.
April 12 2021
Recommended

From one flop to another. It seems that in recent months the European Union has suddenly decided to show everyone its limits and its inability to manage the problems it is called upon to face with consistency and firmness.

In the midst of the fierce controversies, which broke out in all European countries, on the flop of the contracts signed by the EU for the centralized purchase of anti-covid vaccines, a few days ago the video on the gaffe of Turkish President Erdogan went around the world. seated next to him, during an official visit, only the President of the European Council Charles Michel, leaving the President of the EU Commission Ursula von der Leyen without a seat who had to fall back, after moments of embarrassment, to a distant sofa.

It minimizes those who point the finger only at the Islamic chauvinism of the Turkish President and also those who limit themselves to talking about a diplomatic incident, the Turkish episode, in addition to these aspects, has clearly highlighted an issue, in our opinion, even more serious: the European institutional ambiguity and the underground rivalry that exists between the two highest figures of the European nomenklatura.

It was in fact the structure headed by the Belgian Michel, of whom many in the European Parliament are now asking for his resignation, who was responsible for the protocol of the visit by the EU and evidently had reserved for the President of the European Council a protocol primacy that the Turks have then interpreted in an openly male-dominated key. Thus, the Union's responsibility in the gaffe exists, and it must not be ignored.

It is no coincidence that Michele Valensise, a long-time diplomat, wrote, in an editorial, that "The point on which it would be good to stop is rather the backbone of the European Union, with its two-headed architecture, the Commission and the European Council, in friction somewhat systematic between them. For the moment - he adds on the Huffington website - let's put aside the other two community leaders, President of Parliament and High Representative for foreign policy, with whom the overall plan becomes even four-headed.

The rules are clear. The European Council, which has no legislative function, is responsible for defining "general political orientations and priorities" (art. 15 TEU). Yet the Ankara-style overlaps are not lacking and certainly do not help to advance the EU, sometimes even to make it adequately recognized in its external relations. Is this how in today's bumpy world - asks one of the most important Italian ambassadors - does the Union think it can play a "geopolitical role"?

Also in this, Valensise's opinion, the EU is the product of the prerogatives conferred on it, or not conferred on it, by the member states. The division of tasks between Michel and von der Leyen reflects the willingness of the Member States to maintain a relevant sphere of joint action on the intergovernmental level, i.e. in full control of the Member States (European Council), rather than delegating it to the Community bodies (Commission ).

It is certainly true that many of the European problems are linked to the willingness of the Member States to maintain full control over EU decisions, but it should also be noted that, in the days following the Ankara incident, none of the leaders of the most important countries of the 'Europe, with the exception of Mario Draghi, felt the need to point the finger at Erdogan's behavior, starting with the queen of Europe, Angela Merkel who has to deal with a large Turkish community at home and who has lobbied on the EU so that Turkey would be granted six billion euros in order to prevent the invasion of migrants along the Balkan route.

An act, that of Draghi, which stands out in the face of the deafening silence of the other leaders, and which has had a great deal of coverage throughout the European press.

Many observers attribute to Draghi's unequivocal statements a new will by the Prime Minister to give Italy a leading role on the European scene, thanks also to its international credibility and the decline of the leaders of rival countries.