Español
Recommended Europe in the coming months will need little politicians and much ... 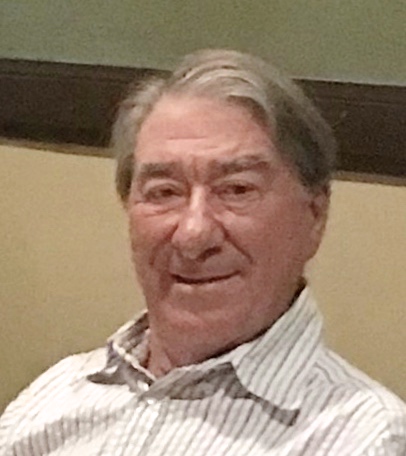 Giorgio Garuzzo
Giorgio Garuzzo was born in Paesana (Cuneo) on November 30, 1938. Graduated in 1961 in the first degree course in Italy for electronic engineers, he began his long career in industry in February 1962, working for twelve years in the research center on large electronic computers founded by Adriano Olivetti, participating in the design of the Italian computers of the Elea and GE series which in the 1960s strongly contributed to the first computerization of the Italian industry. In the book "when computers were made in Italy", published as an e-book in 2015, he tells of his youthful experience in that advanced industrial adventure. Between 1973 and 1976, he was a member of the Executive Committee of Gilardini, a group listed on the stock exchange, rapidly expanding in the sectors of automotive and industrial components. In May 1976, Eng. Carlo De Benedetti, president of Gilardini, was appointed CEO of Fiat, and Eng. Garuzzo followed him to Fiat as his personal adviser. Between 1976 and 1978, Eng. Garuzzo was responsible for the Fiat Group's New Initiatives office, promoting, among other things, the creation of Comau, a complex in the field of machine tools and production systems, born from the integration of seven pre-existing companies. Between 1979 and 1984 he was Director of the Fiat Components Sector which included over 50 companies in the automotive and industrial components sector, companies which he brought together in nine groups, many of which he was also president or CEO: Aspera ( compressors for refrigeration and small engines), Borletti (on-board instruments, air conditioning), Comind (plastic and rubber components), Gilardini, IVI (paints), Fiat Lubrificanti, Magneti Marelli (electrical and electronic components), Weber (carburetors and injection systems), Sepa (electronic systems); the Sector reached an aggregate turnover of Lire 1982 billion in 2.250, with a good overall profit. From 1984 to 1990 ing. Garuzzo was CEO - Chief Executive Officer of Iveco, the multinational company of the Fiat group producing industrial vehicles. After the heavy losses encountered so far, Iveco reached a breakeven point in 1985; it was subsequently developed also through acquisitions (Ford Truck and Seddon Atkinson in the United Kingdom, Pegaso in Spain, Astra in Italy, Ashok Leyland in India), until reaching a turnover in excess of 1989 billion lire in 8.000, with a leadership position on the European market and a considerable profit. From this position Iveco led a program of total renewal of the product range and 22 factories in 6 countries in Europe, with an investment of over 5.000 billion lire, largely self-financed. In addition, in 1989 Eng. Garuzzo assumed responsibility for Fiat Agri and promoted the purchase of Ford's tractor and agricultural machinery division, coordinating the creation of an integrated group, which, under the name of New Holland and with a turnover in 1990 of 5,1 , XNUMX billion dollars, became one of the two world leaders in the sector, quickly reaching a considerable profit, which allowed it to be listed on the stock exchange a few years later. Between 1991 and 1996, Eng. Garuzzo held the role of general manager of Fiat, with responsibility for all automotive sectors, which included Fiat Auto (cars), Iveco (trucks and buses), New Holland (tractors, agricultural machinery and earthmoving machinery), Magneti Marelli ( components), Teksid (foundries), Comau (production systems), Ceac (electric batteries) and Fiat Research Center. This office entailed the chairmanship of the Board of Directors of Fiat Auto SpA, Iveco NV, New Holland NV In 1992 the responsibility of Eng. Garuzzo was extended to the whole industrial sector, with the addition of Fiat Ferroviaria (trains with variable set-up), Fiat Avio (parts for planes and helicopters, gas turbines and space engines), Snia (bioengineering, fibers and chemicals). In 1991 he participated in the foundation of ACEA, the European Automobile Manufacturers Association, of which he was president in the years 1994 and 1995. In the book published in 2006 "Fiat - Secrets of an era" (ed. Fazi, English translation ed. Springer), tells the events of his experience in Fiat and industrial achievements in the economic and social context of Italy in that twenty-year period. Since 1996 he has been involved in private equity investments, an experience which led him in 2007 to promote the foundation and listing of Mid Industry Capital SpA (chaired by him until 2015). He is married to Rosalba Avaro and has a son, Carlo. The Garuzzo Institute for Visual Arts (IGAV) is a "non-profit" organization, founded in 2005 and funded largely by the Garuzzo family, which aims to support contemporary art and in particular to help young people. emerging Italian artists to make themselves known both in Italy and, above all, in international contexts.
May 9, 2020
Recommended

The Constitutional Court of Germany added a paragraph to the saga of Buridano's donkey that I tried to describe in my articles that appeared on MOONDO on April 29 (Germany, the European Union and Buridano's donkey) and 7 May (No default, the solution is another).

The Court, for goodness, granted the European Central Bank a period of three months to justify its practice, set up by Draghi and continued by Lagarde, to support the debts of the "weak" economies, the so-called quantitative easing, used since 2015 to purchase government bonds for a total of 2,2 billion euros ("trillion" for the Anglo-Saxon scale), a value equal to the entire debt of the Italian State. The period granted by the Court will add uncertainty to the immense uncertainty that comes from the pandemic, not sympathetically for the naive supporters of an improbable Franciscan "solidarity" between peoples.

The ECB may not respond, to avoid placing itself at the mercy of the paturnias of the other 18 courts of the euro area countries, but it is inevitable that it will feel the weight of Germany and will seek a Appeasement, despite Lagarde's male statement: undeterred. However, it is clear that the Court (following its applicants within the country) is issuing a warning to prevent the ECB from doing "everything that needs to be done", as Draghi put it. So, to stay at the horns of the Germanic dilemma, the Court took an explicit position in favor of one Deutschland über Alles, explicitly criticizing the previous opinion of the European Court of Justice, a claim of superiority of considerable arrogance, even at the price of a general default, against the alternative of a Germany that takes the lead in building a truly united, prosperous and competitive Europe with the great powers of the world.

The decision comes at a time when the German press was showing greater understanding of the difficulties of the "southern countries". It is "a blow to the circle and another to the barrel", against the background of an attitude stylistically described by the sixteenth-century philosophical apologist of the donkey who cannot choose between two piles of hay, and is starving.

Some few optimists say that the uncertainty, the consequences of which will be seen at the end of the year, will push Germany to decide to finally put itself at the head of the political-financial unification of Europe. But in fact the position of the Court, increasing uncertainty for the markets, is one more step towards the other horn, the bankruptcy of the hyper-indebted countries, Italy in the first place.

We'll see. The fact remains that the bet on the future measured by the Italian treasury bonds bund German feds at 10 years old spread, is at about 250 points, 2,5%. Italian taxpayers pay over 2 billion euros more annually to finance the past debt of over 50 billion euros than taxpayers from Germany who procure from the disparaged ECB at the rate of 0,00% would pay, and a similar burden on companies. For the Italian government, the annual outlay is equal to the contested coronavirus emergency maneuver, for companies it is less competitive on international markets.

In spite of everything, I feel a lot of empathy with the members of the Court because the 16 members, dressed in improbable Renaissance-medieval red clothes (despite the institution being at the most of the nineteenth century), must take on legal responsibilities on issues that would be politics, and they must decide according to Karlshrue, a city born in 1715 with European-Enlightenment connotations that more could not, 79 km away from Stuttgart, where the representatives of the Germanic industrial oligarchy are certainly on the other horn of the dilemma as large exporters within Europe, with Italians and French first to pay their turnover, perhaps going into debt.

As far as I know of Germany, I am sure that deep secret discussions are going on behind the scenes. Nothing leaks, and it is not easy to understand who will prevail. I hope the Italian government, also behind the scenes, will do everything possible to help the process. Europe in the coming months will have little need for politicians and much for statesmen.