Español
Letter from A tour of Procida between suggestions and history

A tour of Procida between suggestions and history 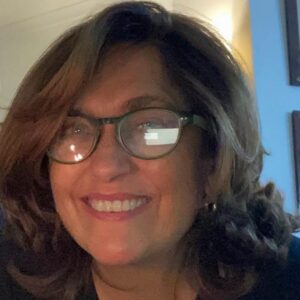 Raffaella Salvemini
Graduated in Economic-Maritime Sciences, she is qualified as a Chartered Accountant. He is senior researcher at the Institute of Mediterranean Studies of the National Research Council of Naples. He carries out research in the Economic History of Southern Italy with attention to the history of assistance, charity and welfare; education; of maritime traffic, ports, maritime health and navigation. He taught at the University of Molise where he taught History of Insurance and Social Security.
March 4 2021
Letter fromLetter from NaplesNetwork

Procida is the Italian Capital of Culture 2022, an important title that attracted everyone's attention, especially those who did not know this rock of about 4 square kilometers with a population density that at the end of the eighteenth century recorded 14.000 inhabitants.

But what island is Procida? If I think of my personal history, it is the island of seafarers to whom much of its wealth is owed. A goal achieved also through the formation of human capital. Already in 1788, in the wake of Naples and Meta di Sorrento, a nautical class was opened in Procida in a public school to teach read, write and count. But sea life is of course not easy. And so also my father, a seafarer born in 1920, saw my brother again nine months after his birth. It is a matriarchal island where to compensate for the absence it was up to women to manage the affairs of the family unit.

And so, always in honor of women, Procida is called "the island of Graziella", from the name of the young girl in Lamartine's novel. An Augustan saga is dedicated to Graziella where a girl, of Procidan origins, wears a splendid dress that was remembered by visitors to the island at the end of the eighteenth century.

Procida is the island of the religious rites of Thursday and Good Friday, and of the wooden statue of Dead Christ by Carmine Lantriceni (1728), kept in the church of San Tommaso d'Aquino. In terms of history Procida was known since the time of the Mycenaeans who landed on the island of Vivara. When it was described as a large garden, rich in flora and fauna, it was ruled by feudal lords such as Giovanni da Procida, the Cossa, the D'Avalos who built the Renaissance palace. In the eighteenth century that palace passed to the Bourbons, the island became a royal site and was proclaimed a city in 1792. In 1830 that building, formerly a military school, was transformed into one of the toughest prisons in the kingdom. Closed in 1988, today it preserves the painful signs of lives spent behind bars. If you are on the island, the palace / prison is just one of the places worth visiting. In this area called Terra Murata we find: the Palazzo della Cultura, seat of the Civic Museum and the Municipal Library, born in the former conservatory of the nuns and even before the seat of medieval power; the Abbey of San Michele with its many treasures and a splendid library.

There are twelve churches on the island and each of them has its own peculiarities. Among all I remember, in the port area, the church of the sailors of Maria SS.ma della Pietà and of San Giovanni Battista, born in 1624 as a small chapel by the will of the boat owners of the area, already founders in 1617 of a secular mountain of the mutual assistance sailors. On the walls of some houses in the Marina there are the symbolic tiles of the Monte real estate that still exists today. Also at the port at both ends there are two of the six beaches on the island: Le Grotte and La Lingua. The Corricella area is splendid with its spontaneous architecture.

Procida should be explored on foot, especially in mild seasons and in winter, to appreciate the scents, colors and splendid doors of the island's owners. There is no shortage of critical issues such as traffic, the fragility of its coasts and in this delicate moment the work, including the maritime one with the many young people engaged on cruise ships. But the crisis will pass. It is clear that a synthesis between suggestions and history is not easy for me. In conclusion I wish "good wind" in Procida. The title of Italian Capital of Culture came as a great opportunity for the development of the island but also as a sign of hope for everyone.