An Oscar for Italy abroad 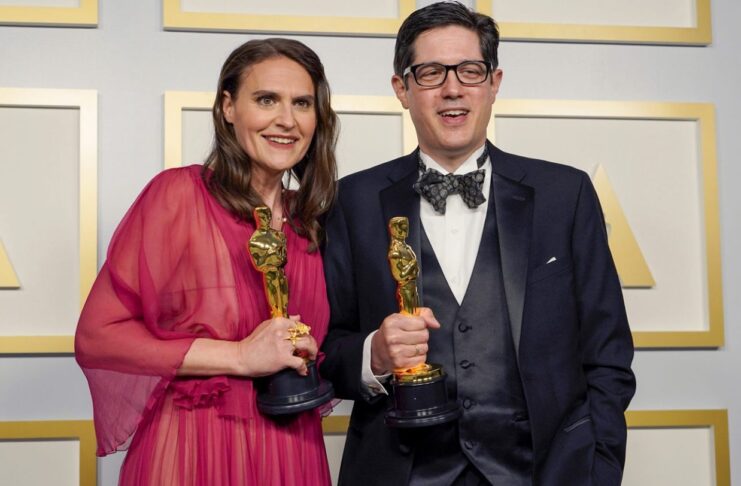 Sun Serafinihttp://www.VideoAge.org
Domenico (Dom) Serafini, from Giulianova resides in New York City and is the founder, editor and director of the monthly "VideoAge" and the trade fair newspaper VideoAge Daily ", aimed at the main international television and cinema markets. After graduating as an industrial expert, at 18 he went to continue his studies in the US and, to finance himself, from 1968 to 78 he worked as a freelance for a dozen magazines in Italy and the USA; obtained the FCC license as a radio operator, he worked as a DJ for three radio stations and produces television programs in Long Island, NY. In 1979 he was appointed director of the magazine “Television / Radio Age International” in New York City and in 81 he founded the monthly “VideoAge.” In the following years he created other magazines in Spain, France and Italy. Since '94 and for 10 years he has written about television in "Il Sole 24 Ore", then in "Il Corriere Adriatico" and trade magazines such as "Pubblicità Italia", "Cinema & Video" and "Millecanali". Currently he collaborates with " The Messagg ero ”from Rome, with“ L'Italo-Americano ”from Los Angeles”, “Il Cittadino Canadese” from Montreal and is a columnist for the newspaper “AmericaOggi” from New York. He has published numerous volumes mainly on media and communications issues, including "Internet Television" in 1999. From 2002 to 2005, he was a consultant to the Italian Minister of Communications in the international audiovisual and television sector.
May 6, 2021
Recommended

Mainland Italy was present in Hollywood at the recent 93rd annual Academy Awards ceremony with three “nominations”, without however obtaining any Oscars.

The other Italy, the one abroad, instead has conquered one. To be nominated by mainland Italy were Laura Pausini for the best song ("Io si") of the film "Life in front of you", Massimo Cantini Parrini for the costumes of "Pinocchio", and Dalia Colli for the make-up of " Pinocchio". The winner for Italy abroad was Anthony Giacchino, originally from Casoli, in the province of Chieti on the maternal side, and from Caccamo, in the province of Palermo, on the paternal side. Before Anthony, his older brother Michael Jr. also received an Oscar in 2010 for the soundtrack of the animated film “Up”.

The 52-year-old native of New Jersey Anthony (photo), won the Oscar for his documentary "Colette", the story and testimony of the now 92-year-old French partisan Colette Marin-Catherine, who goes to Germany for the first time to visit the camp Mittelbau-Dora concentration camp where his brother died. Previously, in 2008, Anthony had won an Emmy (the main television award) for the program "Great Moments".

Giacchino, still in Hollywood after the recent award ceremony, called the "Moondo" in New York City when it was 6:30 in the morning (9:30 in NY) to say: "My mother is originally from Casoli, a town that I have visited a few times, the last in 2003 with my family and where my mother's uncle was the guide. I plan to return to Italy soon, but first I have to improve my Italian ”. Then he adds that in 2012 he also visited Caccamo when the mayor offered his brother Michael the keys to the town.

Anthony studied German at the University of Philadelphia and spent two years in Germany with an Italian passport, where he also attended an Italian language course.

Anthony has two brothers and a sister, Maria (also a producer), the second brother John, instead works in the real estate field.

Giacchino's film career began in 2007 in Brooklyn, New York (where he currently resides) with the producer he founded, Time Travel Unlimited, which has since produced 15 documentaries. Before that he was producing programs for the History Channel. As for the Oscars ceremony, Giacchino confesses that he was very excited, also for the presence of so many Hollywood stars, and is keen to explain that "we were all buffered and forty".