Español
Letter from Returning to New York from Milan with the Delta flight: ...

Returning to New York from Milan with the Delta flight: The report 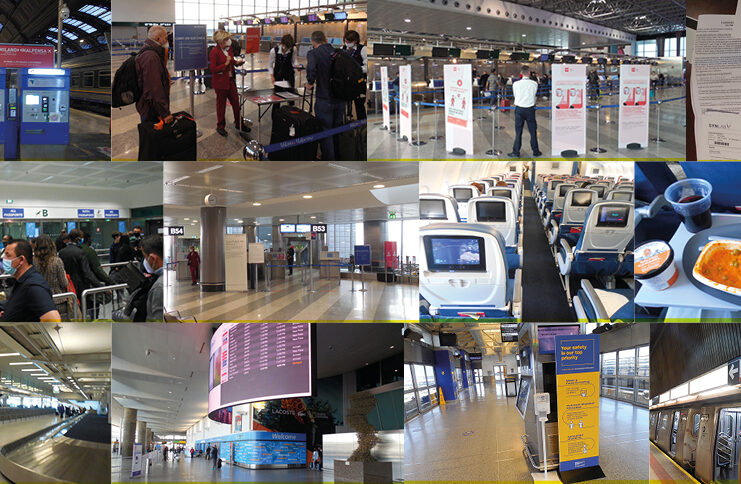 Sun Serafinihttp://www.VideoAge.org
Domenico (Dom) Serafini, from Giulianova resides in New York City and is the founder, editor and director of the monthly "VideoAge" and the trade fair newspaper VideoAge Daily ", aimed at the main international television and cinema markets. After graduating as an industrial expert, at 18 he went to continue his studies in the US and, to finance himself, from 1968 to 78 he worked as a freelance for a dozen magazines in Italy and the USA; obtained the FCC license as a radio operator, he worked as a DJ for three radio stations and produces television programs in Long Island, NY. In 1979 he was appointed director of the magazine “Television / Radio Age International” in New York City and in 81 he founded the monthly “VideoAge.” In the following years he created other magazines in Spain, France and Italy. Since '94 and for 10 years he has written about television in "Il Sole 24 Ore", then in "Il Corriere Adriatico" and trade magazines such as "Pubblicità Italia", "Cinema & Video" and "Millecanali". Currently he collaborates with " The Messagg ero ”from Rome, with“ L'Italo-Americano ”from Los Angeles”, “Il Cittadino Canadese” from Montreal and is a columnist for the newspaper “AmericaOggi” from New York. He has published numerous volumes mainly on media and communications issues, including "Internet Television" in 1999. From 2002 to 2005, he was a consultant to the Italian Minister of Communications in the international audiovisual and television sector.
April 28 2021
Letter fromLetter from New YorkNetwork

The saga of the return flight from Malpensa to New York City began at the central station of Milan, where, to get on the trains (in my case to Malpensa airport, with a cost of 13 euros / 16 dollars, against the fare fixed price of 95 euros / 115 dollars for the taxi) passengers had to wear a mask, show train tickets and self-certification declaring themselves COVID-free (Photo 1). To travel by train or subway in New York instead you only needed a mask.

Before reaching the Delta check-in at Malpensa, always wearing a mask, passengers had to show the negative results of the COVID tests that had been carried out at least two days before the flight (Photo 2). The test in Milan costs 50 euros (61 dollars if in Italian, 10 euros extra if in English). At the Delta counter, passengers had to fill in three forms: one to leave Italy, one to enter the United States and a third to be delivered to the police station, which was located just before the security check area (Photo 3). A fourth document, a mandatory form for the State of New York, had to be completed online or you could face a fine of $ 2.000, equal to 1.658 euros (Photo 4).

After the traditional security check, we moved on to passport control (photo 5), then towards the boarding gate B53 (the doors designated with "A" are for EU flights), where all the documentation was again inspected (photo 6 ).

There were no manual temperature checks, however there were thermal scanners scattered throughout the airport for automatic checking.

On board, masks were mandatory and keeping a safe distance with other passengers was not a problem as there were only 50 passengers on the A330 plane (which normally seats 293. Photo 7). The plane took off at 10 am and just before flying over Paris, a choice of lunch was served: tortellini with three cheeses or chicken. Both accompanied by cheese, fruit, celery tartare, cheese mousse and ice cream (photo 8). Alcoholic beverages were also served, but passengers could not use any alcohol they had brought on board.

As with the outbound Alitalia flight, even on Delta to have a tea or a coffee it was necessary to reach the service station. Unlike Alitalia, Delta had hand sanitizer dispensers near the bathrooms. Additionally, Delta offered a mid-flight and pre-landing snack.

Disembarkation has been ordered (but different from Alitalia where passengers can leave their seats only after those seated in the row in front of them have already left). All other procedures, such as passport control and baggage claim, were conducted in the usual pre-pandemic manner (Photo 9). While a rapid COVID test was required upon landing in Rome, at JFK, there were no rules or agents requiring any documentation (Photo 10). However, the day after arrival, the New York State Department of Health sent an email reminder that “All international travelers to New York State must follow federal guidelines. Therefore, all international travelers must quarantine themselves for 7 days with a test done 3-5 days after arrival or remain in quarantine for 10 days without the test. This requirement applies to all international travelers, whether they have been tested before boarding, cured of COVID or fully vaccinated ”.

To get to New York City, passengers can freely board the Air Train for a 20-minute ride to Jamaica station (photo 11) and from there take the E line subway train for a 40-minute ride to Jamaica. Manhattan (photo 12). For a single traveler, in addition to the low cost (10,50 dollars / 7 euros, compared to 71 dollars / 60 euros for the taxi: flat rate of 56,50 dollars, toll of 6,55 dollars, plus the traditional tip), the public transport is more comfortable (avoid getting stuck in traffic) than taxis, except for groups of four or those with a lot of luggage.

Read also
New York-Rome with a COVID-free flight: the report