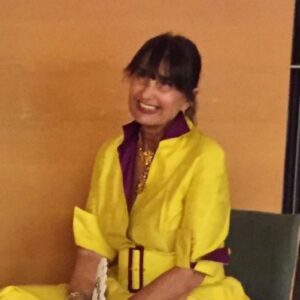 Paola Lucidi
Paola Lucidi, born in Rome, Barcelona by choice. Over the years she has worked in fashion, television and as an event organizer. Currently on the Board of Directors of the Casa degli Italiani in Barcelona, ​​in the communication and events commission and consultant of some NGOs for television fundraising. Wife happily and doubly divorced and grandmother madly in love with her granddaughter.
November 17, 2020
Letter fromLetter from BarcelonaNetwork

Happily emigrated to Barcelona for almost 9 years, I never cease to be amazed by this fantastic city, in the last 3 years she has suffered very serious injuries: the attack in August 2017, the illegal referendum in October of the same year which caused unrest in all of Catalonia, the riots repeated last year due to the very heavy sentences against the rulers responsible for the referendum and, last but not least, a management, to say the least questionable, of the current mayor Alda Colau (the whole world is a country), bitter hater of tourism, an essential source for the municipal coffers.

Yet, every time, the city rises with the speed of light.

The day after these disastrous and destructive events, everything returns as before, the dozens of burnt bins immediately removed and replaced, the streets clean as if nothing had happened. Last year some Black Blocks infiltrated peaceful demonstrations and did good damage, especially against the police delegation on the Via Laietana, the next day hundreds of people from Barcelona went to bring bouquets of flowers and chocolates to the police to apologize for the violence they weren't aware of. responsible.

Here the pandemic has struck as everywhere and perhaps even more due to the large movement of tourists that existed until the first Lockdown, the restrictions have been and still are very hard, the Government of Catalonia came out of the lockdown only after 13 weeks and by degrees, times, types of people who could go out and activities that could reopen, there was a summer season practically devoid of tourism, in some ways also pleasant but certainly the soul of Barcelona is not that of tranquility that has lived. Then, at the first signs of resumption of contagions, in mid-October, when even the most touristic districts, Gotico and Born, had started to live again, again totally closed bars, restaurants, gyms, swimming pools, museums, cinemas and theaters and curfews at 22, which here is called Toque de Queda, a little less distressing, but still heavy, especially for the boys.

Very heavy and probably exaggerated restrictions (if only compared to those adopted by the Community of Madrid which, in the face of worse data from Catalonia, left practically everything open), to which the traders responded with obedience and some peaceful demonstrations.

What is striking is also the darker city than usual, the signs off like the windows of the many offices in the center, make everything a little sadder, but the Christmas lights are already mounted, which hopefully will bring a little of joy.

Meanwhile, the street artists are back and so, wandering through the streets of the old city, musicians and singers of great talent, give a truly exciting atmosphere, the transport company has bought new buses, equipping them, among other things, with sockets to charge mobile phones, just as the Post Office has renewed all the vans and boxes throughout the city, also changing the logo and color.

I am more and more convinced that this city always gets up again and very quickly.