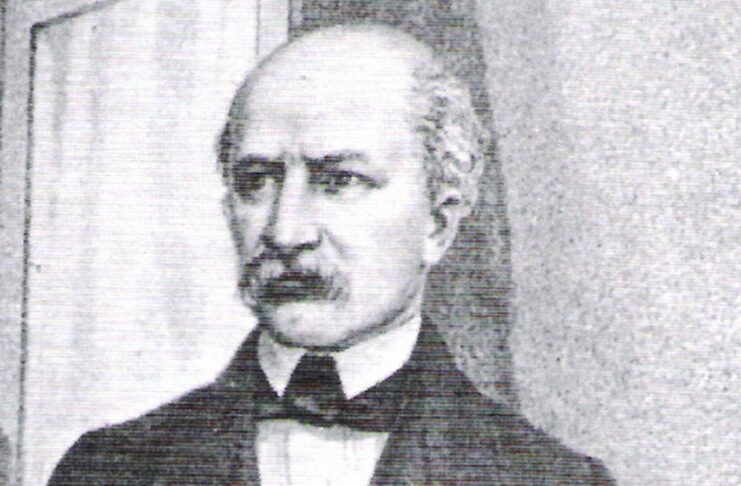 Mario Pacelli
Mario Pacelli is a professor of public law at the University of Rome La Sapienza, for many years an official of the Chamber of Deputies. He has written numerous studies in parliamentary history, including The roots of Montecitorio (1984), Bella gente (1992), Interno Montecitorio (2000), Il colle più alto (2017). He collaborates with the "Corriere della Sera" and "Il Messaggero".
March 19 2021
Historical inventoryLong-formNetwork

March 18, 1848: a revolt against the Austrians breaks out in Milan. A tough struggle began in the streets of the city that lasted five days (“the five days of Milan”) and ended with the suppression of the riot. Among the protagonists of the revolt, after an initial hesitation, there was also a well-known liberal intellectual in Milan: Carlo Cattaneo. An eminent figure of the federalist current, he was a proponent of the Italian autonomy of the Lombard - Veneto kingdom, in the broader context of the abolition of the direct dependence on the Habsburg government of the various nationalities that made it up and which he believed should be self-governing.

Born in Vill Basta, a hamlet of Parabiago, in a modest family of merchants (his father ran a goldsmith's shop), Cattaneo first attended the seminary of Arlenico (Lecco) then that of Monza to pass in 1817 to the Sant'Alessandro high school in Milan (the current Beccaria high school) probably following a religious crisis.

In 1820 he graduated, gave up enrolling at the University of Pavia due to financial difficulties and accepted a modest teaching position in the Milanese municipal gymnasium of Santa Marta, where he remained to teach for fifteen years.

At the same time he enrolled in a university course of law opened by Gian Domenico Romagnosi in Milan which, however, did not last long as the great jurist, arrested in 1821 and tried for not denouncing the conspiracy of Silvio Pellico and his companions, in protest against the the Austrian government (the emperor himself had wanted the judgment against him to be suspended) renounced to continue the lessons. Cattaneo continued to attend the old teacher, obtained a degree "in both laws" in 1824 at the University of Pavia, also continued his studies in economics, physics and chemistry, wrote school texts to supplement the meager salary and, despite attending many democratic circles, he always remained out of anti-Austrian conspiracies.

In an article published in the "Anthology" directed to Florence by Viesseux he sided decisively in favor of a liberalism of the guarantee type, based on pluralism, a thesis that he will gradually elaborate in the following years, first with articles in "The conciliator" and then from 1839 on the "Polytechnic" which he himself directed. For Cattaneo, Italy had no "primacy" (it was Gioberti's thesis) but had to "keep itself above all in unison with Europe ... the peoples must constantly mirror each other because the interests of civilization are solidary and common".

It was an original thesis for the times which earned Cattaneo a vast prestige. In 1843 he was appointed member of the Imperial-Royal Lombard Institute of Sciences, Arts and Letters, the major scientific academy of the Lombard-Veneto kingdom: it was an appointment imposed by the Milanese intellectuals and poorly accepted by the Government of Vienna which between 1847 and beginning of 1848 he considered assigning it to confinement as a dangerous element. He resigned in 1835 from the Santa Marta gymnasium, he devoted himself to publishing businesses, thanks also to the wealth of his wife which ensured economic stability.

Having become (1845) secretary of the society of encouragement of arts and crafts, he took initiatives for the economic and social development of Lombardy which, in his opinion, was to be the protagonist "of this movement of the people" (May 15, 1845, at the annual ceremony of society). He remained opposed, as he later wrote in the volume dedicated to the "Insurrection of Milan" to the uprising against Austria for the negative consequences (vendettas, violence, robberies) that could have ensued.

It was these long-matured convictions that made him hesitant when the revolt in Milan broke out in March 1848: on March 20 he made his decision and began to participate in the meetings of the organizing committee of the revolt, immediately placing himself among those on the committee who were opposed to both a negotiation with the Austrian government is to ask for the help of the Sardinian Kingdom, as Carlo Alberto urged.

Cattaneo was for the republic: remained isolated in the committee, he ended up leading the insurgents. He met La Marmora when he arrived in Milan to negotiate the Piedmontese aid, holding firm to the republican ruling, but in the end, placed in the minority in the provisional government, he agreed to be part of a commission for the election of the primary assemblies that would decide on the future Lombardy, a clearly compromise solution which for Cattaneo was however a political defeat.

His tenaciously republican position led him to political isolation: the majority of public opinion was in favor of annexation to Piedmont. He also entered into conflict (April 30) with Mazzini, who would have liked to have overcome the differences and used all forces to fight and win the war and continued to organize the troops of the insurgents in Lombardy. He was in Bergamo when the news reached him that the Piedmontese troops had been defeated in front of Milan and that the patriots were leaving the city. He then passed to Switzerland and on 6 August 1849 he met Mazzini and those who had managed to escape from Milan and Lombardy before falling into the hands of the Austrians in Lugano. From Lugano he went to Paris where he tried to convince the French republicans to support the Italian national insurrection junta established during the Lugano meetings and published in French "The Milan Insurrection", which contains a harsh indictment against the Lombard moderates and in the last chapters a real "manifesto" of republican federalism.

His stay in Paris practically marked the end of Cattaneo's active participation in Italian political events. Back in Lugano, he went to live in Castagnole, near the city. Having become skeptical about the possibility of resuming the armed struggle, he considered necessary instead a widespread work of propaganda of the cause of national unification through the writings, which determined his detachment from Mazzini (1850) who continued to defend the need for revolution and the state unitary against the federal structure supported by Cattaneo.

In Switzerland he soon acquired great authority both as a scholar and as a politician. He drew up a teaching reform plan which was approved by the cantonal government, was appointed professor of philosophy at the Lugano high school, took up rigidly secular positions and gave high school work to many Italian exiles.

Austria unsuccessfully asked for the expulsion from Switzerland of the nucleus of patriots that had formed around Cattaneo, all rigidly "federalists", in controversy with the Mazzinians who were just as rigidly supporters of the unitary state.

In 1859 he was invited to return to Milan, but he refused: the previous year he had had the honorary citizenship of Ticino, accepted as if to underline his detachment from Italian affairs.

In 1860, however, he could not resist Crispi's invitation and Bertani's insistence that he collaborate with Garibaldi. From Genoa he left for Naples, where Garibaldi had set up his headquarters after the conclusion of the Thousand Enterprise, but he stayed only a month (21 September - 18 October 1860), realizing that his efforts for the election of a representative assembly who prepared the plebiscite while safeguarding the territorial autonomies had little space in the struggle between the proponents of the autonomous government and those in favor of annexation to the kingdom of Sardinia. He will continue to defend his point of view in the following years by reproaching Garibaldi for having suffered the plebiscite in favor of Vittorio Emanuele II.

Returning to Castagnola, the following year he refused the chair offered him by the scientific - literary Academy (in practice the University of the time) in Milan and resumed his publishing activity, collaborating with many magazines on the most diverse topics, from military history to theories evolutionary studies of Darwin. In the elections of 1860 he was elected deputy in three colleges (Milan V, Cremona I and Sarnico) but he never went to Turin to take part in the meetings of the Chamber so as not to be forced to take an oath of allegiance to the king.

In 1862 he drafted an appeal to the French nation on behalf of 500 political associations of Italy to induce Napoleon III not to oppose Garibaldi's expedition for the occupation of Rome, which tragically ended in Aspromonte.

In his writings he shifted more and more to radical positions: he indicated to the democrats the first goal to pursue in universal suffrage (Epistolario, vol. IV, p. 378), he invited his friend Bertani to sit in the Chamber of Deputies in the "more a left of all "(Epistolario, vol. IV, p. 379), wrote (1865) that the real danger to Italian freedom" is in the way in which power is exercised and not in the foreigner "(A. Bertani, Della opposition parliamentary, page 19, actually written by Cattaneo). In 1867, despite the systematic attacks of the moderates, he was re-elected: he went to Florence, where the capital had been transferred, four times, without ever setting foot in Palazzo Vecchio, where the Chamber of Deputies held its meetings, to remain faithful to the republican ruling.

Having settled permanently in Castagnola, he continued to live more and more isolated until his death, which occurred on February 5, 1869.

He is buried in the monumental cemetery of Milan.