Español
Recommended Coronavirus: why in Italy?

Coronavirus: why in Italy? 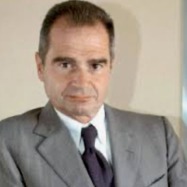 Gianluca Veronesi
Born in Alexandria in 1950, he graduated in Political Science, was municipal councilor in Alessandria for three legislatures, councilor for culture and theater, then mayor of the city. Rai executive from 1988 to 2018, years in which he held various positions: Assistant to the President of RAI, Director of Public Relations, President of Serra Creativa, CEO of Rai Sat. He was councilor of the Institute of Advertising Self-discipline and of the Alessandrino Regional Theater.
March 21 2020
RecommendedLong-formNetwork

For the first time, Italians discover science and listen to experts. The moment they don't know what to say.

Having to and wanting to find positive aspects to the current situation, this attention to the acquired data, this availability (certainly not lacking the time) to the deepening are a pleasant novelty. It is important not to rely only on the emotional side.

Unknown virologists and neglected immunologists, accustomed to living in isolated hospital wards wearing diving suits, today they are the stars of television information. I, too, who am totally incompetent on the subject, ask myself questions: can logic be paradoxical? Maybe yes, and I'm going to explain.

Everyone, about the virus, wonders: why in Italy?

Where we don't eat bats, but the acclaimed Mediterranean diet. Where we practice reasonable hygiene, also using the bidet (properly: horse) that even the French inventors ignore. Where we don't get stressed and take everything with philosophy and fatalism.

Why in Lombardy? Where well-being and living conditions are the best in the country.
Why in Bergamo and Brescia? Where there are the best national hospitals.
Answer: for this very reason!
Because we are the second country in the world, after the Japanese, for average life span (like: 78 men and 82 women), because at these ages our old people obviously have a thousand diseases, because only excellent health can keep them alive, despite complications.

Paradoxical conclusion: our elders die so numerous today because they have had excellent and unmatched assistance so far, at the lowest cost. And therefore they are the most numerous and "fragile" objectives of evil. With the result of having a health in trouble because guilty of having done so far their duty in an exemplary way.

Obviously this my simplistic and "banal" hypothesis has not found any official confirmation.

Meanwhile, I ask myself other questions.

But the real ethical dilemma that the pandemic has posed - and of which Boris Johnson became the first, most vulgar and cynical interpreter - is the "utilitarian" and functionalist one.

Instead of embarking on the desperate and costly attempt to stop the epidemic, the solution is a forward-looking and charitable "management" of the crisis, not changing the pace of life and business too much, spreading the peaks of contagion so as not to send haywire the ordinary ability of hospitals, considering deaths physiological and "normal", moreover due to age and specific physical conditions, finally giving time to all other infected, more or less symptomatic, to autoimmunise.

The English premier will be overwhelmed by his own fellow citizens.

And I have one last question left. Could it be that in recent decades we have been distracted and have underestimated a series of signals and alarms?

Whether they were called Avian, AIDS, Sars, Ebola, a contagion has attacked an important part of our planet every five years. In different ways, with victims of completely different ages and habits. Isn't it time for others, at higher levels, to ask themselves some questions?