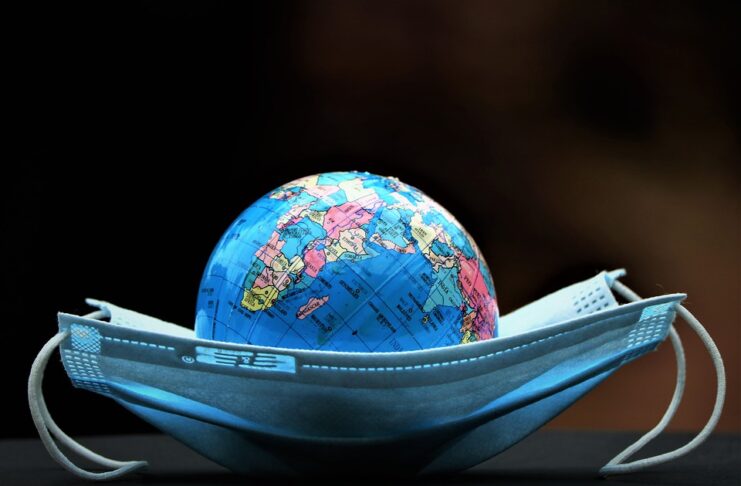 The Bilionaire and similar of the Sardinian summer 2020 was not enough, with the roaring days of the rediscovered and abused alleged freedom. This time, April 20 21, it took the lying and presumptuous RT to propose the white zone in Sardinia and the "free all".

The Sardinians, good people, in 2020 had, as always, welcomed continental vacationers with open arms, an important source of their well-being. So there was the spread of the virus not among the Sardinians who never went to the bilionaires, but among the continental ones who then brought the spread virus back to their urban residences.

This time, spring 2021, the story was different, there were no vacationers, the Sardinians, good people, full freedom was granted by decree with the white zone and general envy. The latter led badly. Even without parties and without Billionaire, the Sardinians became infected with each other, with few infectors and a great disaster. Since there has been a leopard-print Europe, that is, with areas of different colors, it is the first time that the triple somersault has occurred, passing from white to red, that is, jumping yellow and orange! World record!

From these Sardinian stories some general considerations could be deduced.

First: letting your guard down means taking the road to disaster. Anytime and anywhere.
Second: in the face of the pandemic there can be no truly different zones or moments, the history of multiple colors is a political and therefore dangerous toy.
Third: even epidemiology is not an exact science and RT is a function or rather an abused fiction.
Fourth: In a pandemic world, i.e. in the infected global village, the white zone is an area set up for mass suicide.

Sardinia docet, that is Sardinia teaches! The "aperturists" should meditate, the "deniers" should make some visits to the hospital, the "novac" should have the generosity to stay at home, everyone should reflect on the Sardinia case. And the Government and the CTS should also reflect: as things have gone in these tragic 14 months, obviously the strategy, indeed the strategies, could have been better. Some choices were right like the Spring 2020 Lockdown, others were probably wrong also for lack of political courage.

With the new government just installed in a rampant pandemic, there have been those who have called for a new Lockdown. Instead, the path of different colors has been taken, without actually blocking the inter-regional communications of goods and travelers of necessity. Schools have closed, but public transport has continued to carry the real infection around the city. The vaccination campaign has started without sufficient vaccines, with the Regions in no particular order to choose the lucky ones to be vaccinated.

In the end, even with 300/500 deaths a day and 15 / 20.000 new infected, the schools reopened, but not the restaurants. The catering sector is dying: drinking coffee outside the bar is ineffective and pathetic, taking away solves some appetite problems, but not contagion: who prepared the food was vaccinated or had a negative swab for the last forty-eight hours? And who wrapped it or transported it home? This story of armored catering and doomed to failure smacks of punishment for those who work there and for those who use it. The end will be that customers, workers and entrepreneurs will starve! Was it not better to impose the vaccination of employees and the distancing of customers, perhaps maintaining the current curfew?

And the other exercises? The problem is not the shopkeepers, but the customers. Someone proposed contingent access to the shopping streets, some others a close propaganda of the institutions to convince citizens to avoid unnecessary walks and to activate online sales and purchase activities. Moreover, how can production be encouraged and sales countered? The two activities are complementary and there should be no one who doesn't understand it.

Errors of evaluation and solutions have been committed in Italy as well as in the rest of Europe and the world. Each state has sought its own way out and survival from the pandemic, all without substantial valid results. It is now time to meditate on mistakes so as not to stubbornly repeat them and find the way out.
Errare humanum est, persevere diabolicum!