Duplicity of the image and the word 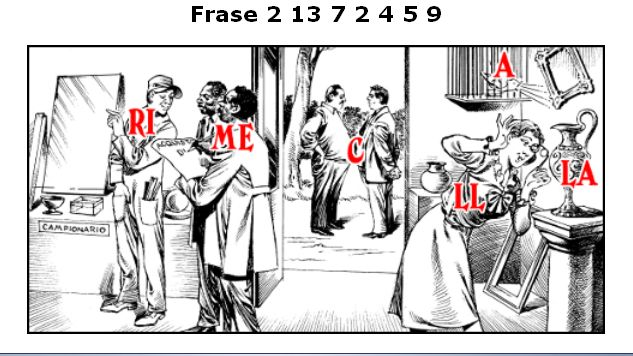 Raffaele Aragona
Raffaele Aragona (Naples), engineer, taught Construction Technique at the University of Naples “Federico II”. Journalist, creator and promoter of the conferences of caprienigma, he is one of the founders of the Oplepo. For the “Biblioteca Oplepiana” he wrote La viola del bardo. Small illustrated homonymary (1994) and many other works in collective form. Author of Una voce little ago. Repertory of homonymous words of the Italian language (Zanichelli, 1994), he edited for the Italian Scientific Editions, the volumes: Enigmatica. Per una poietica ludica (1996), The vertigo of the labyrinth (2000), The rule is this (2002), Sillabe di Sibilla (2004), The double (2006), Illusion and seduction (2010), The invention and the rule (2012). Also edited by him: Ancient Neapolitan riddles (Tommaso Marotta, 1991, re-edited Marotta & Cafiero, 1994), Capri à contrainte (La Conchiglia, 2000), Naples potential (Dante & Descartes, 2007) and the volume Italo Calvino. Potential paths (Manni, 2008). He published the small volume Pizza in the series “Petit Précis de gastronomie italienne” (Éditions du Pétrin, Paris, 2017). He is the author of two volumes for the online editions (2019): Enigmi e dintorni and Sapori della mente. Potential Gastronomy Dictionary. His Oplepiana. Dictionary of potential literature is published by Zanichelli (2002).
August 10 2020
The pleasure of the senses

The double, as we have seen, is suitable for the enigma, but not for other genres of the so-called “enigmistica” which is, alas, related to it.

In fact, the substantial difference between writing enigmas and, for example, the creation of games that use a figurative representation is evident; this is also the case when we refer to the current category of the so-called "rebus", for which there is no need to speak of an enigmatic writing, but of a cryptic writing.

Indeed, it should be noted that, while in theriddle of the word, the one to which it happened to mention, two homogeneous levels of reading can coexist, with a complete double semantic isotopy - even regardless of the playful intent - in thepuzzles of the image the two levels of interpretation are not on the same level, the second being highlighted only with the explanation of the question posed and, most of the time, through the integration of the image with literal elements.

The "illustrated game" lacks the double, contemporary and homogeneous level of reading. Even when it is an "illustrated" without added letters, its interpretation (resolutive sentence) cannot represent the double level of signification of the initial "text", since it is realized with different means: the support of the figure is abandoned for give way to writing the resolving sentence. In this case, however, the graphic proposal appears only as a free substitute (or alternative) of the literal statement of a "mnemonic cryptography". For example, we can think of the reproduction of the Colosseum that can give rise to the "solution": construction of the Latin period.

The substitution of "language" therefore, which occurs inriddle of the image, can in no way find affinity with what happens with theriddle of the word: the first, in terms of "enigma", determines a hybrid.

It is a consideration to which the “enigmistic of the eye” and “enigmistic of the ear” distinction could also be suitable; for the first "seeing" is necessary, for the second it is not indispensable, since listening to the poem with double meaning can be sufficient to offer the superimposition of the senses.

This "pleasure of the senses", all linked to the taste of the word, its multiple meanings and therefore literally surprising, fails in the rebus, where the surprise is reserved for the equation

Writing in images is, in fact, a form of transcription and necessarily includes the intermediate passage that explains the key:

and the passage is also present in the absence of graphemes

This "third wheel" definitely hinders the possibility of relating the puzzle to theriddle of the word; moreover, it determines the purely propositional characteristic of the illustrated composition, which is its only use in terms of quiz or coded writing.

It is interesting, again with regard to the duplicity of the image, a reference to Raymond Roussel, more specifically to a series of illustrations created by Henri-Achille Zo for the Novelles Impression d'Afrique and consisting of 59 double images joined to as many homophonically double phrases, a prose colorima that develops on short captions referring to double scenes, which, depending on the angle of view, allow to identify two different images: a sort of elementary kaleidoscope .

An example of effective and total coexistence of two levels of reading in the same image is, instead, provided by the well-known painting by WE Hill, My wife and mother-in-law, in which it is possible to identify the profiles of both women almost simultaneously, profiles delineated by the same traits: a visual-conceptual phenomenon very close to the objectives of Maurits Cornelis Escher aimed at overcoming the fascinating difficulty linked to having to distinguish and represent two subjects at the same time.

There are many procedures and constraints to which the inspiration of a literary text (but does it really have to talk about inspiration?) Usually adapts; A restriction that invests the meaning and not other aspects cannot therefore be excluded.

It is a rule, that ofriddle of the word, which may even be "useful" in the Calvinian sense: Italo Calvino, in one of his American lessons (Italo Calvino, American lessons, Garzanti, Milan, 1988.), the last one, the one on "multiplicity", in fact hinted at the "miracle of a poetics, apparently artificial and mechanical, which however can give as a result an inexhaustible inventive freedom and richness", insisting on the concept that the adoption of fixed rules does not stifle freedom, but stimulates it.

Perhaps what “spoils” the enigmistic writing is the ordinary playful intent: the fact that it can be regarded as a question that must be answered.

The game, it is true, is a serious matter - said Huizinga (Johan Huizinga, Homo ludens, Einaudi, Turin, 1973) - but seriousness does not naturally imply literariness. In the present case the position of the question strongly predominates and distracts attention.

It is possible, however, to disregard the playful connotation of the enigma; no longer as a question to be solved, but as an enigmatic discourse with double signification. It could then be argued that the enigmographer is so familiar with the technique of double speaking that he “thinks” in those terms; his text, then, would descend directly from a perfectly assimilated language, so much so that it can be considered innate and original.

Therefore, even in the conviction that it should not be derogatory to attribute the category of games to enigmistic activity, a strong re-evaluation can be attempted, assimilating the codes to those of any literary restriction.