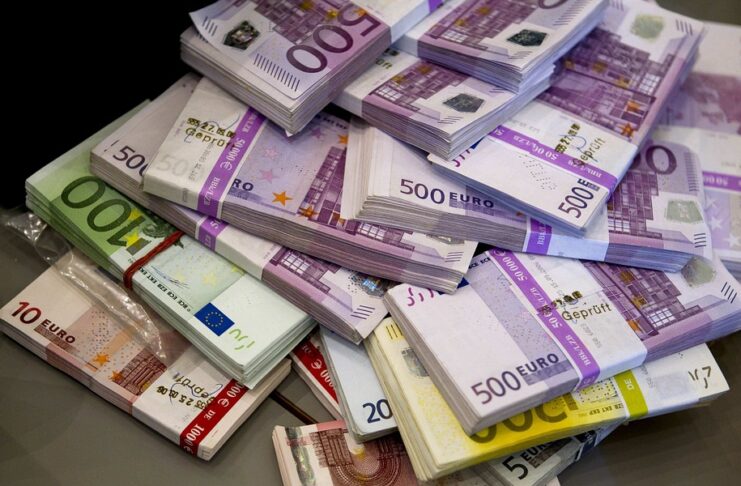 Water is abundant, but the horse does not drink. Banks are full of money, while corporate credit languishes. What is happening to the Italian economy?

The Covid 19 pandemic has hit hard on the national system, resulting in a crisis that has reached its peak.

Lost a million jobs over a year, from spring 2020 to today. Against bank deposits of Italian households have grown and continue to to grow up: 1.750 billions in one year, 15,2% more than disposable income and, again, 0,5% on the previous quarter.

The reduction in GDP negatively affects production activities. A Bank of Italy study estimated a increased bankruptcies,  2.800 companies by 2022, in addition to the 3.700 accrued in 2020 but not triggered due to the debt moratorium and support policies adopted by the government.

Why? What are the reasons for this sensational contradiction: families are impoverished, money in the bank has increased?

The answer is apparently elementary, consumption decreased.  In the first place, the fear of contagion has led families to reduce expenses and put away some reserves to face new possible difficulties. Secondly, it was the ongoing closure of bars, restaurants, cinemas, theaters, gyms, swimming pools, museums, etc., with the addition of missed holidays and trips, which gave a decisive blow to the overall expenditure.

Savings are growing and employment is falling. 1.000.000 more unemployed they are not a joke, nor are they long lines in front of Caritas and other aid organizations.

A net impoverishment that did not affect the so-called protected categories, those of the public service and other sectors of guaranteed work. The difficulties faced by families have so far been partially buffered by the massive use of layoffs, subsidies, and the blocking of layoffs that have been added to the citizenship income. Many of these providences are about to expire, the situation will become more serious.

The flow of savings went to feed the current accounts held in the banking system. Banks are overflowing with liquidity. Deposits have increased in one year of 12% (1.750 billion euros). So much grace that puts the banks themselves in difficulty, some are preparing not to accept deposits exceeding 100.000 euros. Lots of cash and few employment opportunities. The system is at a standstill, the economy is not pulling, companies are not launching into new investments, the horse does not drink.

Businesses, according to the president of Confindustria, Carlo Bonomi, have overcome the crisis of the previous decade (2008-2010) by making debts, which they must now repay. Before evaluating new investments they want to understand the wind that is blowing.

Unbelievable but true, abundance is bearing negative fruit. The request for financing languishes, the productive sectors await events. THE interest rates they are reduced to a minimum, almost to zero. The balance sheets of the banks are discounting the explosion of unpaid credits, which generated a loss of 195 billion euros in the decade 2011-19. The growth of deposits has forced the increase of mandatory reserves at the European Central Bank for 257 billion euros, with a cost of 0,50% equal to the premium due to the ECB which keeps the account and has the objective of encouraging the productive use of available capital instead of deposits in deposits .

To make profits, banks try to entice customers to the most diverse sectors, the ones they generate commissions and fatten their budgets. It is a point on which to pay attention.

Twenty years ago, at the time of the Lehman Brothers crash, savers' portfolios were swollen with derivatives and other junk securities.  The crisis that followed threw families in despair in every corner of the world.

The mass of derivatives currently in circulation, according to the estimate of the BIS (the Bank for International Settlements), is in the order of 640.000 billions of dollars. To get an idea of ​​its gigantic impact on global finance, it is enough to compare it to the world gross product which is around 85.000 billion, and to the total of all state debts which reach 280 billion. Translated in simple terms, means that all the peoples of the world they have to work 7 and a half years to approach that figure, or, again, that the whole world must more than double its debts to catch up.

Someone, however, must be given those titles.

Negative interest rates push capital to seek alternative instruments of return, taking on increasing risks. Many operators, in the presence of a global market that does not offer other earning opportunities (negative yielding securities are circulating for 13.500 trillion dollars), throw themselves into derivatives. But, when the games close, it is the same oxen park to pay the bill.

The excess liquidity of the international financial system generates a policy of easy money which, however, does not translate into an additional flow of investments by companies and a widespread revival of the economy. At this juncture, the stimulus for the recovery of the productive system does not go through monetary policy,  the use of a classic weapon of economic policy and, with it, the very role of central banks that have always acted juggling with rates and the volume of credit is no longer used.

The massive intervention of the ECB, at the push of the then governor Mario Draghi, was essential to stop the financial crisis and prevent the dissolution of the common currency. But for the real relaunch of the national economic systems, subsequent steps were necessary, identified in Recovery plan and in  Next Generation UE, which will bring the levers of command of the economy back into the direct hands of governments.

In the near future, it will be the budgetary policy to lead the dance, through several  support interventions,  mainly with the use of tax leverage  which can and must be used in an anti-cyclical function. In Italy, if it were actually activated, this instrument would have decisive effects, reducing a tax burden that has reached 52 per cent of income to more bearable levels. There will be negative effects on the level of debt, but - in the words of Draghi - “there is debt and debt”, and the one done to give breath to the economy would be healthy.

In the same direction goes the tax relief for the South of INPS charges, in force since the beginning of the year. But, on its own, it is not enough to bring the South to economically decent levels. Given that there is a lot of money in deposits and the banks are struggling to turn it into productive uses, a push in this sense to a policy of prudent investments directed to the South  it would be advantageous for the entire Italian system.

Here we enter economic policy tout court,  on which the president of the council in office, Mario Draghi, with the government of his choice, does not need suggestions.

Lastly, positive news concerns the forecasts of GDP which, for Italy, should be around 4,5 per cent for the current year and 3,5 per cent next year. A level still far from the pre-crisis period, nevertheless an encouraging step.