Español
Uncomfortable diary Even the no vax - now that they are shitting under fear ... 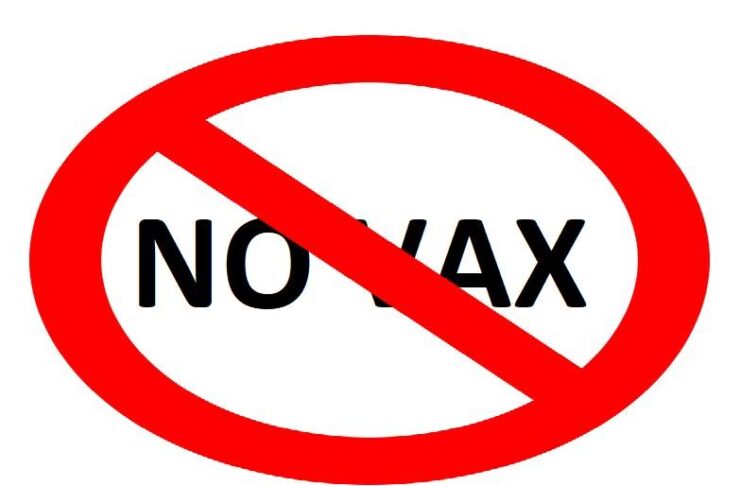 Roberto Tumbarello
Roberto Tumbarello, professional journalist, graduated in Law, has three children and six grandchildren. Medal "pro merit" of the Council of Europe, of which he has been spokesman in Italy for many years, is expert in Communication and Human Rights. He was editor and special envoy of several large circulation newspapers and periodicals. He ended his career as editor of the "Giornale di Napoli". Among his latest successful publications: "Was Jesus Right or Left?" (Sapere 2000, 2009), "Save yourself who can" (Edizioni Radici, 2012), "Either the bag or the life" (Armando, 2014), "Journey through life" (Armando 2017), currently in the bookstore.
March 2 2020
Uncomfortable diary

Characteristic of our beautiful country is the search for the culprit even if most of the time the responsibility is collective. In principle it belongs to the government. But an innocent person is also fine as long as he can crucify himself. In the case of the Coronavirus it is the fault of the adversaries, although the decisions are suggested by scientists not by politics. Once we were the ones who blocked the borders. Today, others are closing them in our faces. An Italian train is blocked on the border with Austria. Rejected a group of tourists to Mauritius. In short, they do as we do with migrants who, however, are not infected.

If Intesa San Paolo purchases UBI, there will be thousands of redundancies

It is the evil effect of information technology, a more complex family member than a cellphone that no one can do without now. As it improves, it replaces office workers and workers. So many of us lose our jobs. Strikes begin and situations worsen. Sooner or later you get to layoffs, heavy for the state. As in the case of Alitalia and Air Italy, which we try to sell, not being able to manage them, and that nobody wants to buy. We have not yet discovered the staff conversion, with which employment problems are solved in other countries.

We pride ourselves on being the third most infected country in the world, but perhaps it's a boast

Thanks to Coronavirus we have established with scientific certainty that Italy exists. It is the one that travels and produces, attracts the infection and takes it home where there is now an outbreak of infection. The south is immune to it. And foolishly believes that it is an advantage. Nobody gets sick. Not even a decrepit old man dies. Meanwhile, somewhere Merkel, Macron and Putin meet Erdogan to solve the problem of Libya. Luckily they didn't invite us. So we can organize to sell masks on the black market at exorbitant prices. Anyway, then, we will blame Europe.

Why so much alarmism for an epidemic that affects only elderly people who are already sick and poorer? If it killed those with golden pensions, at least INPS would have an advantage. But the rich aren't stupid enough to die. Thanks to the virus, which is spreading around the world, nature takes care of eliminating beings that can be done without. In Milan schools close but bars reopen. You can stay a week without studying but not without an aperitif. Ours is a particularly greedy breed of money, where problems lend themselves to speculation and controversy, not in search of the solution.

What we blame the Chinese for is cruelty. They eat mice alive, which are also indigestible. Moreover, by removing, so to speak, the bread from the mouth of the poor, hungry cats. We, on the other hand, love the poor animals. In order not to see them suffer - in Vicenza, but also in the rest of Veneto - we cook them as it is used in all civilized countries. The embassy denies. But important people saw them with their own eyes. Stupidity does not impress us because we are used to it, malice does. It's those beasts that carry the virus. In fact, the epidemic has broken out over there, where it has been around for 500 years.

If Justice uses two weights and two measures, democracy hangs in the balance

Many criminals, more dangerous than Cecchi Gori, who is 77 years old and of very poor health, spend the sentence comfortably in their luxurious home. He, on the other hand, is guarded in the hospital and seems to be destined for prison, where, without the wise attention that is prescribed together with the treatment, he risks dying, as has happened to him other times. It is true that the judiciary is independent. But the law as the procedure should have only one rule. Since the government has nothing to do with it - all hell would have broken out - no one intervenes, not even the CSM, as if it were normal.