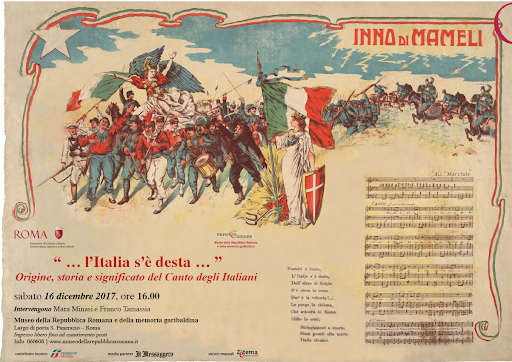 Luigi Mazzella
- Vice President emeritus of the Constitutional Court - Former Minister for Public Administration - State Advocate General Emeritus - Writer and journalist ACTIVITIES CARRIED OUT: 1 - Management of national and regional public institutions carried out independently: a) Extraordinary Commissioner for the Autonomous Management of Concerts of the National Academy of Santa Cecilia from 1974 to 1978 (appointed by the Minister of Entertainment Hon. Adolfo SARTI). b) Government Commissioner of the National Academy of Dramatic Art "Silvio d'Amico" from 1979 to 1986 (appointed by the Minister of Education Sen. Giovanni SPADOLINI). c) Extraordinary Commissioner of IDISU (later ADISU) University of Tor Vergata in Rome, from 1993 to 1997, appointed by the Lazio Region. d) Vice President of the Board of Directors of the Banca Nazionale del Lavoro - Autonomous Section of Credito Cinematografico (SACC) from 1984 to 1990. e) Vice President of the Governing Council of the Roman Philharmonic Academy, a centuries-old musical institution of national importance. f) Member of the Board of Directors of the Autonomous Body "La Biennale di Venezia" for two consecutive terms. 2 - Executive positions in Ministerial Cabinets: a) Vice Presidency of the Council of Ministers from 1970 to 1973 (Deputy Head of Cabinet). b) Ministry of Public Works from 1973 to 1975 (Head of the Legislative Office). c) Ministry of Defense from 1979 to 1983 (Legal Advisor to the Minister). d) Ministry of Tourism and Entertainment from 1983 to 1985 (Chief of Cabinet). e) Ministry of the Environment from 1986 to 1987 (Head of Cabinet) f) Ministry of Urban Areas from 1987 to 1993 (Head of Cabinet). 3 - Activities carried out in international organizations and other internal bodies: a) Member of the Committee for Public Procurement of the then EEC in Brussels from 1973 to 1975. b) Member of the Legal Committee of the International Civil Aviation Organization (ICAO-OACI) in Montreal from 1983 to 1985. c) Member of the OECD Urban Affairs Committee in Paris from 1987 to 1993. d) Member of the delegation of the Cassa per il Mezzogiorno from 1973 to 1975. e) Member of the Superior Council of the Armed Forces from 1981 to 2002. f) Member of the Board of Directors of State Monopolies. g) Judge of the Central Tax Commission from 1992 to 2002. 4 - Additional activities: a) President or Member of study commissions set up by the Public Administration (Giannini Commission for the reorganization of the armed forces, Commission for the relocation of Ministries to Rome Capital and others). b) President or Member of exam commissions (State Attorney, INPS and others). c) Author of essays and articles in legal journals (Review of the State Attorney and many others) and in magazines of political and cultural studies ("Economic Mirror", "Politics and Mezzogiorno" "Minerva" and others). d) He is registered in the register of publicist journalists (Interregional Order of Lazio and Molise) since 1992. 5 - Honors: a) Knight of the Grand Cross - Order of Merit of the Italian Republic - date of award 28 January 2002 b) Knight of the Grand Cross of Merit of the Sovereign Military Order of Malta c) Academician of the Roman Philharmonic Academy. d) Illustrious Salernitano - Chamber of Commerce of Salerno e) Honorary Citizen of Eboli - Municipal Administration f) Awarded the Capalbio Award “for style in the Government” 6 - Author of books: A) SOCIO-POLITICAL ESSAYS 1. "Fifty proposals for good governance" - Marsilio Editore - 1992; 2. “The irresistible west wind” - Special mention at the “Salvatore Valitutti” International Prize for non-fiction; Minerva Editrice - 2001; 3. "Recondite harmonies of different reforms" - President of the Salerno Province Award at the international non-fiction prize "Salvatore Valitutti" - Maggioli Editore - 2004; 4. “The possible utopias. Bel Paese and Good Government ”- Lifetime Achievement Award at the“ Salvatore Valitutti ”International Essay Award 2005 - Maggioli Editore - 2005; 5. “Reasonable probabilities” - 2006; 6. "The passion of reason" - Avagliano Editore - 2008; 7. “From commitment to detachment” - Avagliano Editore - 2007; 8. "Casta Italia" - Avagliano Editore - 2009; 9. "No sleep" - Avagliano Editore - 2010; 10. “The extinguished lights of the Enlightenment” - Avagliano Editore - 2010; 11. “Force and fraud” –Avagliano Editore 2012 12. "Indulgent despotism" - Avagliano Editore - 2013 13. "EUROCRASH - Fifty hypotheses of uncertain future" - Curcio Editore 2014 14. "Weak constitution" - Publisher Mondadori 2014 15. “My Europe, although speaking is in vain” Avagliano Editore, 2017 16. "The black decade of the Italians - From Porcellum to Rosatellum - Avagliano 2018 17. "In praise of free thought - Genesi Editrice 2019 B) CINEMATOGRAPHIC ESSAYS 18. “Il bello nel cinema” - Essays on cinematographic aesthetics - Seam Editrice - 2000; 19. “The Lion and the Oscars” - Essays on cinematographic aesthetics - Eagle Pictures publishing - 2001; 20, “Fermo immagine” - Essays on cinematographic aesthetics - Award at the Salerno Film Festival - Minerva editrice - 2001; 21. "Cinema between mockery and reflection" - film criticisms -Avagliano Editore, 2011. 22. "Voce fuori campo" - film criticism - Avagliano Editore 2014. 23. "The Bear and the Palm" - Cultural Institute of the South. 217 24. "50 films to be reviewed" - Cultural Institute of the South - 2018 25. "Federico Fellini - realist and visionary - Midday Cultural Institute 2019 C) NARRATIVE AND POETRY 26. “A rogue game of windows and balconies” - Novel - Grinzane Cavour Cesare Pavese Special Prize - Avagliano Editore - 2006; 27. “The Nail in the Sand” - Novel - Special Mention at the Rome Prize - Avagliano Editore - 2008; 28. "The bay of doubt" - Novel - Prize for fiction of the Salvatore Valitutti Center of Psychology in Salerno - Avagliano Editore - 2009; 29. “The truth around the corner - Novel - 2011 Capri Special Award - Avagliano Editore - 2011 30. "The madmen and the grimaces" - Verses and Aphorisms - 3rd Edition - Genesi Editrice 2011 31. “La Grimpeuse - Confessions of a rampant” - Genesis editrice - 2013 32. “Gray without shades” - Novel - Avagliano Editore 2014 33. "On the run from intimacy" - Romance - Avagliano Editore 2015. 34. "Satirical Canzoniere" - Verses and Aphorisms - Genesi Editrice 2015. 35. "Vissi d'Arte" - Novel - Avagliano Editore 2018 36. “Fake-off” - Novel - Avagliano Editore 2919 37. “All promoted at the end of the year” 38.
April 5 2020
Free ThoughtNetwork

The Covid19 pandemic does not stop the struggle in full development and without neighborhood between:

1) the proponents of Financial Capitalism - who have their stronghold in the European Union and can count on the compact support of Western Gauche (US Democrats, British Labor, Christian Socialists, Christian Democrats, Social Democrats and European Democrats, World Freemasonry with Judeo-Christian influence - and

2) supporters of the full-scale recovery of Industrial Capitalism - who are led by the North American Republicans (Donald Trump) and the British Liberal Conservatives (Boris Jonhson) but who do not have a credible and reliable following in the EU member states for the lack of a liberal party of non "idealistic" inspiration (the latter, in fact, inevitably leads even if unconsciously to a liberalism called the left which substantially flattens itself on the pseudo-humanitarian and universalistic positions of Christians and socialists of various denominations, both contrary to the value of the individual and the polis).

In Italy, the overall situation is tangled by the chaos of ideas that characterizes the country:

2) the pro-industrial position lacks a democratic and truly liberal support due to the lack of a true empiricist, pragmatic and rational party, such as the Anglo-Saxon ones. In the Bel Paese, it receives support, always confused and often contradictory, only from the Ultra-right, composed of an ideological Brancaleone Army, where they unite in a strange melange Celtic, "celoduristic" and nationalistic rituals, distant nostalgia for the fascism of the "social security and welfare" era, as well as the Republic of Salò and clear proximity of interests to Goldman Sachs and other financial acronyms.

In such an all-Italian chaos of bizarre conjectures, rationally addressing the serious problems that are on the world stage (and Europe in particular) is an arduous undertaking and it is even more difficult to facilitate understanding of the phenomena.

For example, it is difficult to make it clear that the discussion that is being animatedly taking place, at the top level, for the application of the rules of the MONTH or, alternatively, for the issue of Eurobonds responds,

a) the first to the need to strengthen monetary capitalism (wanted by the Banks) due to the constraints and controls it imposes on the beneficiary States regarding the use of money;

b) the second to the possibility of resumption of industrial investments (hypothesis, which is seen as the smoke in the eyes by the banking oligarchy of Wall Street, area of City and Brussels).

Without taking into account the scenario of the furious struggle that is being fought, in the world, between monetary capitalism and industrial productivism (unfortunately on the still smoking ruins, caused by the Coronavirus) one cannot even understand the absurd conflict that is unfolding in Italy between Regionalists (as always) and Statists (again and unpublished).

In the framework that has been offered by Italy, for better or for worse, it is difficult, without falling into bias (we do not know, then, to what extent spontaneous) to grasp the responsibilities of the Government and the faults of the local Autonomies and let alone distinguish among the latter, the Regions governed by the Left by those led by politicians of the Right.

a) The errors of the central authorities (chaos in the INPS, bureaucracy of CONSIP, presence of the Prime Minister on media traditional and sui social pushed beyond any acceptable limits, slackness and visible oratory fatigue, conversely, of its spokesmen for the Civil Protection, imprudent initiatives and misplaced sentences of his fellow ministers and so on)

b) were at least equal to those of the Regions (messes in hospitals and especially in retirement homes for the elderly, clear and unnecessarily ostentatious insubordination with respect to the measures adopted with DPCM, military-style proclamations and so on).

Charity of the Fatherland would have required greater moderation of tones.

And instead, the "stable orders" of the oligarchy that dominates the technocrats of Brussels have prevailed: exacerbating the terms of the conflict to hit hard the pockets of resistance to the monetary policy of the Tycoons of Finance, identified in the Ultra-Right to the government of many Italian regions.

Conclusion: Italy has always been a rich pasture land for the clever ones who, once, were (at least mainly) Italians, now they are foreigners in an overwhelming majority.

To favor also the stripping currently suffered by the inhabitants of the boot is always their true or false candor: either they do not understand or they find it useful not to understand what is happening around them so as not to displease the powerful on duty (they are even capable of making increase, in the polls, the consensus around leader politicians who outside our borders would be considered cheap and incompetent).

Now it is time to "wake up", as Mameli's hymn (with words) suggests, and "gird one's head" if not the helmet of "Scipio" (which would be more unavailable than the anti-masksvirus even in toy stores, however, closed) of telescopes, hearing aids (if necessary) and magaphones, banishing the image of the three monkeys.

It's time to see, hear and make your voice heard! It will be like this? Posterity will judge!