In Rome the ATAC goes up in smoke 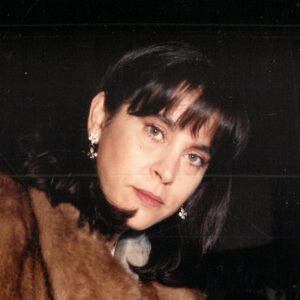 But he wrote it a hundred years ago, when the trams were at the dawn of their life. Today we would expect something more. The conditional is a must, because the tragedy of public transport in the capital had never been as great as it is now.

Buses that do not arrive, buses that catch fire (60 in a year and a half), buses that break in full motion (there are no counts). Not to mention the subway: stations remain closed for months and months - the one in Piazza Barberini a year - because there is perhaps a (ONE!) Broken escalator, or because, as in February 2019, it has backtracked (Policlinico station ) causing passengers to fall. Or even there is no staff - it happened on November 20, 2020. IS THERE NO STAFF? And where was it? In bed with the covid, for a walk, having sex in the service car like the brigade discovered on 23 November 2020?
And then stairs, treadmills, elevators and lifting platforms: a disaster. As evidenced by the mishap last February, of a disabled young man who only with the help of other passengers was able to pass from one line to another at the Termini metro, because there were no working elevators. Atac apologized speaking of "criticality due to water infiltration from the outside", but in the meantime in the main station in Rome, out of 7 lifts present, 4 are stopped. There would be money for maintenance, reports the Capitoline Pd councilor Zannola: 425 million allocated by the former minister (2015-2018) Delrio. Unused.

Yeah, maintenance. In recent days, the photo taken by Reuters correspondent Crispian Balmer, who has traveled the world, covering the capital with shame. The escalator of the Villa Borghese station, closed because it is suffocated by weeds to the point of almost confusing it with the confined lawns. The councilor for transport explains that the municipal administration has nothing to do with it. That staircase is in concession to a private company and the municipality does not consider its maintenance a priority. We let nature take its course.

And certainly now the priority is given by the covid. And from the risk of crowding. Over 25% of the 6.438 bus stops scattered throughout the territory of the Municipality of Rome run this risk. The newspaper La Repubblica in August 2020 reported a worried analysis by the Mobility agency: 40% of the 115 students enrolled in high schools and technical institutes in the capital live in a different neighborhood than the school they attend. Obviously he is obliged to take the bus. Not to mention those who do not have a driving license or a car, those who cannot afford to use it to go to work, those who cannot reach the workplace by car. Etcetera etcetera etcetera. Buses cannot run at full capacity because - rightly so - there must be distancing. Result: moving around the capital is hell.

The government in November allocated 300 million to use the private buses that are stationary in the remittances, given that tourism is zero. The regions did not use half of it. In Rome, the Municipality did even worse. 70 coaches arrived to work on 7 lines (more or less towards the suburbs). They are called the S line. One is more comfortable, the seats are wider, in velvet, the distance is respected. What more could you want? One would like, for example, to realize that they are there. Raise your hand if you have heard that public transport has been increased since November. The signposts are small, often far from those that indicate normal buses. Stops not easy to find. But the biggest flaw is that of non-visibility: on the front window there is a sheet of paper as large as that of a normal printer that indicates the line, one has to look really good to know that it is there. On the sides, the same: almost invisible on those mastodons, but above all confused between the writings, the logo and the colors of the tour operator.
One, two, three, let's go ... no, as not mentioned.