Indiscretion: «It was Bannon who wanted Conte premier» 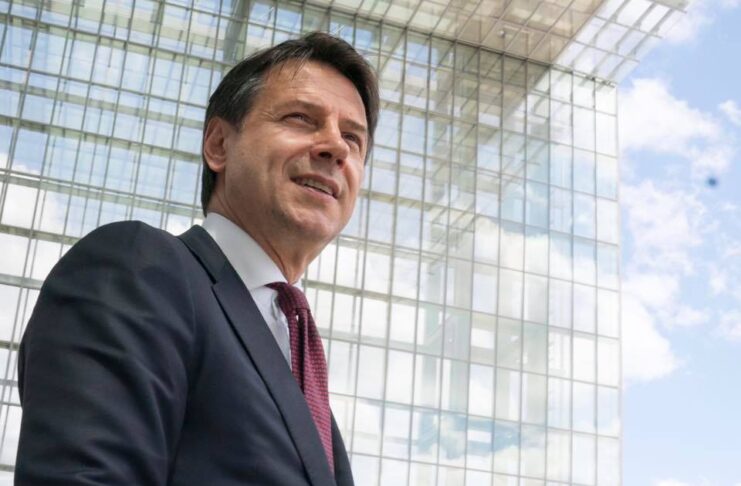 Giorgio Dell'Arti
He was born in Catania on September 4, 1945. Journalist from 69 to Paese Sera. He moved to Repubblica in '79: correspondent, head of service, editor-in-chief, founder and director for four years on Friday, editor of the monthly Wimbledon. He directs the Monday edition of Il Foglio, he is a columnist for La Stampa and La Gazzetta della sport and writes for Vanity fair and Il Sole 24 ore. Dell'Arti is a historian of recognized authority, specialized in biographies; published (among others) The Man of Trust (1999), The day before 2008 (7247) and the encyclopedic work Catalog of the living - 2008 remarkable Italians (5062, re-edition of the Catalog of living - 2006 remarkable Italians, 2011 ). Among the latest books are: Cavour - Life of the man who made Italy (2013); Francis. Do not be afraid of tenderness (2014); The newcomers (2015); Moravia. I'm alive, I'm dead (2016); Pagan Bible (XNUMX).
June 6 2019
News preview

In his background this morning, Alessandro Sallusti quotes a passage from Michael Wolff's latest book Siege, focus on Trump (Rizzoli) according to which the idea of ​​a third prime minister between Salvini and Di Maio was by Steve Bannon, former head of Trump's electoral strategy and leader of Alt Right (right-wing alternative) the ultra conservative, anti-liberal and sovereign political movement that coined the motto First America, First America.

Here is the passage in question: «In the spring of 2018 Bannon had operated behind the scenes even in Italy where there was only one certainty in practice: the composition of the electorate, fragmented and partisan, always ended up giving victory to some ineffective and abhorred center coalition. Bannon had made friends, however, Matteo Salvini, the leader of the League, who moved to nationalist positions on the right. Released the results of the March elections, from which as expected no majority had emerged, Bannon took the first plane to the Peninsula where he helped negotiate an agreement between the League and the Five Star movement, a left-wing populist party with some strong tendencies right. Bannon advised Salvini and Luigi Di Maio not to aim for the office of Prime Minister: it was better to agree on a premier of the facade. No sooner said than done! Bannon had achieved the perfect fusion of the far right with the far left "[Newspaper].