Español
Network Commissioner Ricciardi on Rai 1 wins the prime time with the ...

Commissioner Ricciardi on Rai 1 wins the prime time with beauty, emotions and acting 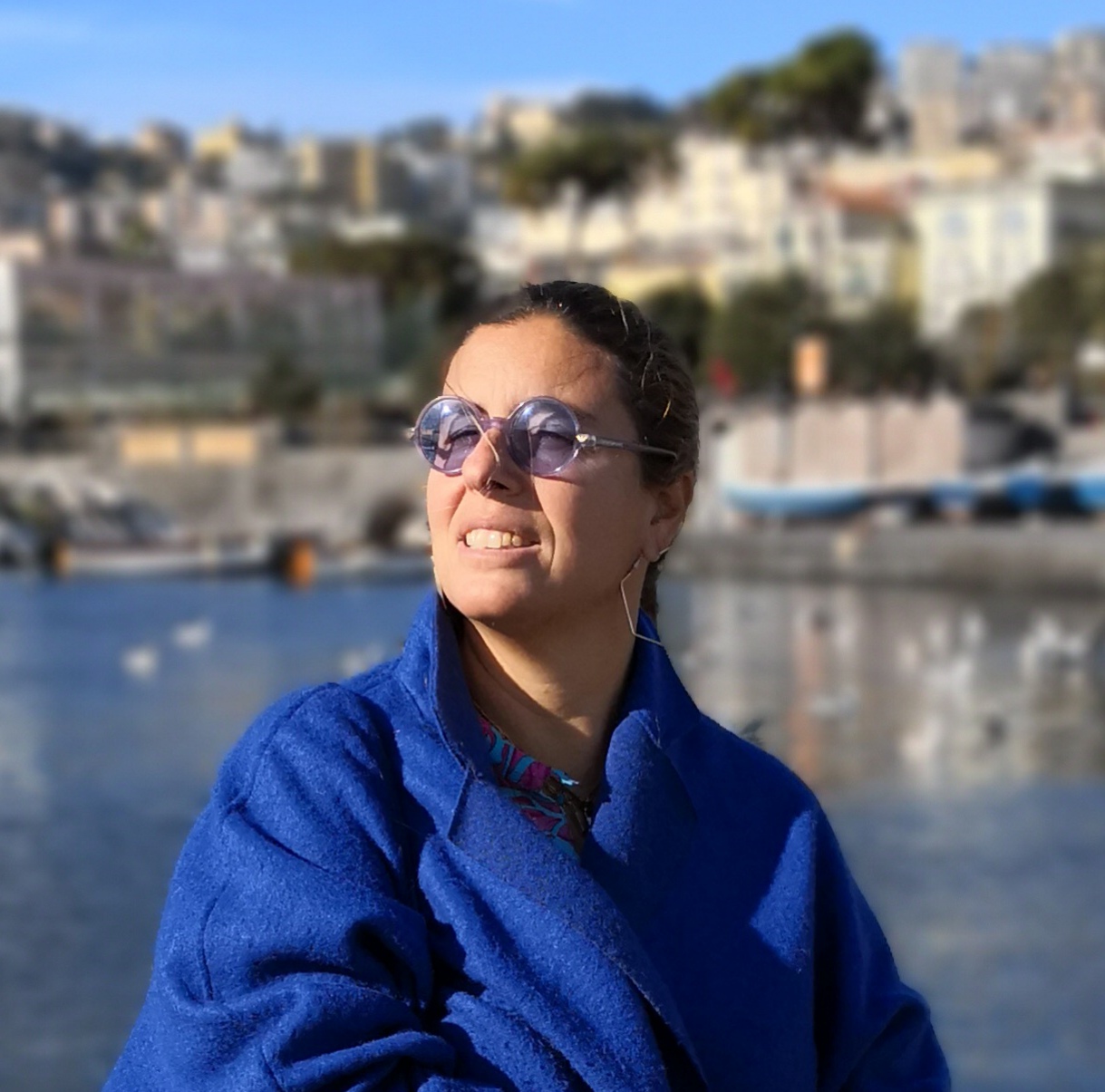 Tiziana Buccico
Tiziana Buccico, true Neapolitan, born in 1969, always passionate about politics, culture and the Middle East. A past of press offices including the Italian Institute for Philosophical Studies. Then journalist of pages of culture and society, such as "moscone" for the newspapers "La Città" and "Corriere del Mezzogiorno". He worked for political and institutional press offices (Lazio Region and Lazio Regional Council), organizing events and campaigns elections. Pieces of life lived between Gottingen, Vienna and Paris, adventurous and curious journeys. For eight years, until 2017, she was in Iran to follow her husband and family but taking care of the Italian "Pietro della Valle" school in Tehran full time , as Vice President. Since then the passion for travel and different cultures has grown and has also turned into a Treccani section entitled "Silk Road." Returning to Italy she deals with social, politics, journalism and cultural events while maintaining thus a direct line to that part of the world that changed her life Social media manager of the Garuzzo Institute for Visual Arts.
March 8 2021
Network

Commissioner Ricciardi wins hands down and to the great surprise of the various TV and keyboard lions experts, he beats Big Brother Vip in the ratings, a surprise for all those who bet on trashy television, made up of pre-written scripts, gossip and fake VIPs. Those who really love quality television did not let themselves be enchanted and followed a television series, not easy, uncoated and above all a product that believes in a strong script, a capable direction and a lot of theatricality.

The first book by Maurizio De Giovanni, from which the Rai1 television series is taken, is from 2012 and another 10 followed, all read, without breathing, traveling in a Naples that I have never known but which is my city. If they had told me that I could have seen Ricciardi's face on TV, I would have absolutely replied that it was impossible, but instead they succeeded, they managed to perfectly describe the atmosphere, and that terrible secret that unites Signorino Luigi Alfredo with his mother. Naples is beautiful, but it is gray, it has more shadows than lights, the alleys and the ancient noble palaces become the protagonists, wonderful interiors of houses in that South of Italy that take your breath away. Homes like private museums made of magnificent floors, antiques, Persian rugs and even in the "bass" an elegance that is typical of the private sphere of a historic center among the oldest in the world, finally devoid of puffins, babas, stalls and contemporary folklore. And what a beauty this Naples, exactly like reading De Giovanni's books and finding a Naples of the Thirties, squeezed between misery and refinement. The Real Teatro San Carlo, Palazzo Reale, Villa Pignatelli, Piazza Plebiscito and Caffè Gambrinus, symbolic places of an ancient civilization, history and episodes that have marked the life of a city that is a universe unto itself.

A director Stefano D'Alatri who was able to reconstruct an ancient world without artifice, the gloom of a period that had also extinguished a colorful and over-the-top Naples, with shadows and a leaden hood hanging over the famous Gulf. A good bet on the first evening of the RAI flagship, a challenge to find the curious audience, the audience that looks at the screen without chatting and distracting themselves, because De Giovanni's stories need extreme attention, every detail is a clue, every glance it is a sentence, a thought, an emotion.

The great love of the noble Cilento commissioner is made up of glances stolen from one balcony to another, Neapolitan-style balconies, a look, a nod to tell a passion. Beautiful costumes, the return to the great stage tailoring thanks to Alessandra Torella, a true Neapolitan, attentive connoisseur of a Naples that has made it an excellence of the particular. Evening dresses for the fascinating opera singer Livia Lucani, collars and aprons for the service staff who deserve an open stage applause, the reappearance of ethnic-style kimonos, an eccentric touch that was so chic at the time, satin pajamas like high fashion clothes, embroideries of great value.

A parade of suits for men worn with a brush, sewn on, braces also for the street urchins, each costume represents the character, tells something more of the story, not to mention the men's and women's hats that narrate another great Italian excellence. Finally, attention to detail, attention to every single detail, no smudges even in the house closed above the alleys.

The actors, the cast, mostly Neapolitan, with a mix of accent and dialect that make the dialogues musical, the Neapolitan language that acts as a soundtrack with Pino Daniele with “Maggio if it goes”. So much to say, very little to criticize, the last episode on Monday was the strongest the most exciting, love, betrayals, interests, conflicts and the most beautiful scene of this season is the meeting between two incredible characters, the opposites, the two sides of one world. In a church in the historic center of the Neapolitan city, Brigadier Raffaele Maione, the faithful, affectionate and human companion of Ricciardi's investigations and his informant, meet his eyes in the womb of Naples "Bambinella" an orphan who has learned to survive and who knows everything but everything that happens, he is a "femminiello" as they were called in dialect, he is a candid soul who has seen too many ugliness and who dreams of love.

A character that I love very much and that I imagined just like that with a net on his head, pastel dressing gowns, kimonos, satin culottes with lace and a painted face. A scene that is a masterful piece of theater, a memory of Eduardo De Filippo, the sacred atmosphere of the baroque church, the brigadier dressed as a fascist guard sitting on a bench and the little girl wearing a lady's dress and hat with veil, his unmistakable gait and the phrase he pronounces while sitting down "Charm and confidentiality", a very high moment of acting, looks and phrases spoken in the third person, the humanity of an impossible friendship between two people light years away, who in a sacred place establish a bond that it no longer has to do with justice and the profane, but only with friendship and sharing.

Two great actors Antonio Milo, from Castellamare di Stabia like the great Raffaele Viviani, perfect brigadier with wife and many dependent children, with a great pain in his heart and yet with the strength to smile for the little things; Adriano Falivene who was able to embody such a complicated role as that of Bambinella, a truly unique, thrilling interpretation.

All good and good. What to say about Enrico Ianniello, the doctor Bruno Modo, dressed in tobacco-colored linen, disheveled without glitter and a little wrinkled, anti-fascist, daring and subversive but with an immense heart. Among the protagonists a special applause goes to the actress Nunzia Schiano who we have usually seen in comic parts and instead in the series, she plays the role of the nanny Rosa, she is a Pupella Maggio of the new millennium, perfect in timing, in looks, in measured words , the real mother of the Commissioner, his pillar, the raft for a man who risks being shipwrecked every day.

There are still six other books missing, I can't wait for the shooting to be announced, I discovered that I can stay glued in front of the TV without doing anything else, even knowing the plot and knowing the culprits, having read every single book. Finding yourself with your family to see painful and strong stories, to reflect and repeat the phrases to understand them better, to translate them from the Neapolitan, observe the gestures and travel through the pages of a book, a nice gift from television, especially in this distressing period . At a time when the wisdom of certain characters can make you think, I realize that television is still an instrument of culture, pleasure, emotions and sharing. I hope soon to find the intense Lino Guanciale with the comma of hair slicked on the forehead, his double-breasted with shoulder pads, his sad look, devote himself to investigations as only Ricciardi can do, with the ghosts that accompany him as a child, who they extinguish his eyes and restrain him in love.

A successful production, a refined harmony of really difficult stories, a perfect choral execution to tell the love, the pain and the history and the great humanity of Naples.