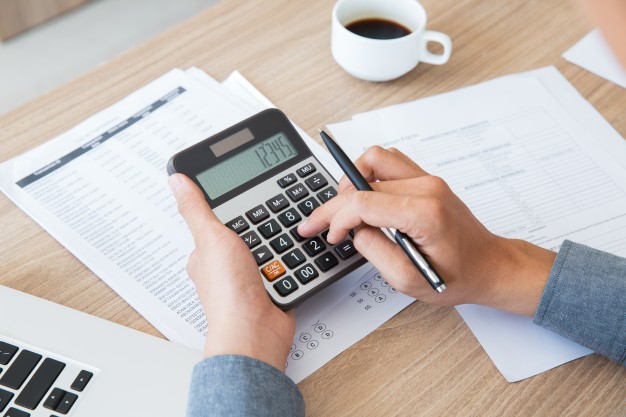 Luigi Mazzella
- Vice President emeritus of the Constitutional Court - Former Minister for Public Administration - State Advocate General Emeritus - Writer and journalist ACTIVITIES CARRIED OUT: 1 - Management of national and regional public institutions carried out independently: a) Extraordinary Commissioner for the Autonomous Management of Concerts of the National Academy of Santa Cecilia from 1974 to 1978 (appointed by the Minister of Entertainment Hon. Adolfo SARTI). b) Government Commissioner of the National Academy of Dramatic Art "Silvio d'Amico" from 1979 to 1986 (appointed by the Minister of Education Sen. Giovanni SPADOLINI). c) Extraordinary Commissioner of IDISU (later ADISU) University of Tor Vergata in Rome, from 1993 to 1997, appointed by the Lazio Region. d) Vice President of the Board of Directors of the Banca Nazionale del Lavoro - Autonomous Section of Credito Cinematografico (SACC) from 1984 to 1990. e) Vice President of the Governing Council of the Roman Philharmonic Academy, a centuries-old musical institution of national importance. f) Member of the Board of Directors of the Autonomous Body "La Biennale di Venezia" for two consecutive terms. 2 - Executive positions in Ministerial Cabinets: a) Vice Presidency of the Council of Ministers from 1970 to 1973 (Deputy Head of Cabinet). b) Ministry of Public Works from 1973 to 1975 (Head of the Legislative Office). c) Ministry of Defense from 1979 to 1983 (Legal Advisor to the Minister). d) Ministry of Tourism and Entertainment from 1983 to 1985 (Chief of Cabinet). e) Ministry of the Environment from 1986 to 1987 (Head of Cabinet) f) Ministry of Urban Areas from 1987 to 1993 (Head of Cabinet). 3 - Activities carried out in international organizations and other internal bodies: a) Member of the Committee for Public Procurement of the then EEC in Brussels from 1973 to 1975. b) Member of the Legal Committee of the International Civil Aviation Organization (ICAO-OACI) in Montreal from 1983 to 1985. c) Member of the OECD Urban Affairs Committee in Paris from 1987 to 1993. d) Member of the delegation of the Cassa per il Mezzogiorno from 1973 to 1975. e) Member of the Superior Council of the Armed Forces from 1981 to 2002. f) Member of the Board of Directors of State Monopolies. g) Judge of the Central Tax Commission from 1992 to 2002. 4 - Additional activities: a) President or Member of study commissions set up by the Public Administration (Giannini Commission for the reorganization of the armed forces, Commission for the relocation of Ministries to Rome Capital and others). b) President or Member of exam commissions (State Attorney, INPS and others). c) Author of essays and articles in legal journals (Review of the State Attorney and many others) and in magazines of political and cultural studies ("Economic Mirror", "Politics and Mezzogiorno" "Minerva" and others). d) He is registered in the register of publicist journalists (Interregional Order of Lazio and Molise) since 1992. 5 - Honors: a) Knight of the Grand Cross - Order of Merit of the Italian Republic - date of award 28 January 2002 b) Knight of the Grand Cross of Merit of the Sovereign Military Order of Malta c) Academician of the Roman Philharmonic Academy. d) Illustrious Salernitano - Chamber of Commerce of Salerno e) Honorary Citizen of Eboli - Municipal Administration f) Awarded the Capalbio Award “for style in the Government” 6 - Author of books: A) SOCIO-POLITICAL ESSAYS 1. "Fifty proposals for good governance" - Marsilio Editore - 1992; 2. “The irresistible west wind” - Special mention at the “Salvatore Valitutti” International Prize for non-fiction; Minerva Editrice - 2001; 3. "Recondite harmonies of different reforms" - President of the Salerno Province Award at the international non-fiction prize "Salvatore Valitutti" - Maggioli Editore - 2004; 4. “The possible utopias. Bel Paese and Good Government ”- Lifetime Achievement Award at the“ Salvatore Valitutti ”International Essay Award 2005 - Maggioli Editore - 2005; 5. “Reasonable probabilities” - 2006; 6. "The passion of reason" - Avagliano Editore - 2008; 7. “From commitment to detachment” - Avagliano Editore - 2007; 8. "Casta Italia" - Avagliano Editore - 2009; 9. "No sleep" - Avagliano Editore - 2010; 10. “The extinguished lights of the Enlightenment” - Avagliano Editore - 2010; 11. “Force and fraud” –Avagliano Editore 2012 12. "Indulgent despotism" - Avagliano Editore - 2013 13. "EUROCRASH - Fifty hypotheses of uncertain future" - Curcio Editore 2014 14. "Weak constitution" - Publisher Mondadori 2014 15. “My Europe, although speaking is in vain” Avagliano Editore, 2017 16. "The black decade of the Italians - From Porcellum to Rosatellum - Avagliano 2018 17. "In praise of free thought - Genesi Editrice 2019 B) CINEMATOGRAPHIC ESSAYS 18. “Il bello nel cinema” - Essays on cinematographic aesthetics - Seam Editrice - 2000; 19. “The Lion and the Oscars” - Essays on cinematographic aesthetics - Eagle Pictures publishing - 2001; 20, “Fermo immagine” - Essays on cinematographic aesthetics - Award at the Salerno Film Festival - Minerva editrice - 2001; 21. "Cinema between mockery and reflection" - film criticisms -Avagliano Editore, 2011. 22. "Voce fuori campo" - film criticism - Avagliano Editore 2014. 23. "The Bear and the Palm" - Cultural Institute of the South. 217 24. "50 films to be reviewed" - Cultural Institute of the South - 2018 25. "Federico Fellini - realist and visionary - Midday Cultural Institute 2019 C) NARRATIVE AND POETRY 26. “A rogue game of windows and balconies” - Novel - Grinzane Cavour Cesare Pavese Special Prize - Avagliano Editore - 2006; 27. “The Nail in the Sand” - Novel - Special Mention at the Rome Prize - Avagliano Editore - 2008; 28. "The bay of doubt" - Novel - Prize for fiction of the Salvatore Valitutti Center of Psychology in Salerno - Avagliano Editore - 2009; 29. “The truth around the corner - Novel - 2011 Capri Special Award - Avagliano Editore - 2011 30. "The madmen and the grimaces" - Verses and Aphorisms - 3rd Edition - Genesi Editrice 2011 31. “La Grimpeuse - Confessions of a rampant” - Genesis editrice - 2013 32. “Gray without shades” - Novel - Avagliano Editore 2014 33. "On the run from intimacy" - Romance - Avagliano Editore 2015. 34. "Satirical Canzoniere" - Verses and Aphorisms - Genesi Editrice 2015. 35. "Vissi d'Arte" - Novel - Avagliano Editore 2018 36. “Fake-off” - Novel - Avagliano Editore 2919 37. “All promoted at the end of the year” 38.
April 27 2020
Free Thought

The great upheavals of history often produce large-scale constitutional and institutional reversals.
The defeat of Italy in the Second World War gave rise to the birth of the republican and anti-fascist Constitution to replace the Albertine monarchical statute and the tyrannical regime of Mussolini.
The Algerian War, which began in 1954 and ended traumatically for France in 1962, allowed General Charles De Gaulle to invent and build the French Fifth Republic.

The shocking and bloody American secession (1861-1865), which is remembered as a "civil war" without the false modesty well known to other peoples, inventors of more captivating words, allowed to transform a British colony into one of the most powerful nations in the world : The United States of America.
From catastrophe to catastrophe, we come to our days with the disaster of the Covid19 pandemic, otherwise known as Coronavirus.
And it is at this point that the dream of Europeans is born, not of those, of course, affected and infected by the "ideological Europeanism" imposed by the banks and technocrats of Brussels, shared and endorsed by the absolutists, universalists and globalizers of various kinds: religious (Jewish-Christian) or philosophical (post-Hegelian leftist idealist); but of those who would like to see the United States of Europe emerge from the ruins of the Coronavirus pandemic.

And this, with the provision of an autonomous, free and independent political guide, able to take measures in the interest of the population and not of the financial centers of Wall Street in the City.
Some political journalist, inclined to optimism, shyly hinted that the conditions would exist, if all member states showed this determination with determination.
He did not keep in mind that the donkey falls right here!
The aforementioned commentator, as regards the possible contribution of our country (which is not exactly the last of the twenty-seven member states but has the most ramshackle political class and executive in the West) ignored that there is a highly "impeding circumstance. ”(In the language of jurists), precisely in the aforementioned absolute inadequacy of our Government to pursue a free and autonomous line of action; that is, that it does not strictly follow directives from other sources.
We are seeing it in the management of the Covid 19 pandemic.

The President of the Italian Council of Ministers, Giuseppe Conte (nicknamed "Giuseppi" by Donald Trump probably because of his transformational skills, suitable for making him preside over governments of diametrically opposite sign) speaks like the arm dressed in rags and with the face of cardboard. plaster moving his lips, repeating the phrases of a "remote" ventriloquist, who in this case is a virologist, an epidemiologist, an infectious specialist, a cell phone expert and so on.
The man, under the severe and persuasive attitude, of a "graceful" dictator, does not have the courage to express his own will and continues to "pontificate" only because he is in the government of a people that Carducci, not surprisingly, called " dead".
Imagine if the aforementioned is able to contrast his political vision with the maneuvers that Angela Merkel has already started for some time.

Under the pretext of wanting to "harmonize the taxation systems in force in the Member States of the Union as a necessary condition to increase the financial resources that have become insufficient due to Covid19", the German Chancellor intends to offer another element of "democratic camouflage" to its puppeteers financiers. And this, in essence, to give a "squeeze" to the other European peoples, taking advantage of the favorable circumstances offered by the epidemic.
The questions posed by the initiative of the German Christian-social leader are many:
Why, speaking of revenue, did he not mention any centralized and uniform expenditure control?
The answer is far too easy.
Because if he did he would have flashed to the States (victims of a shirt of Nessus more than members) the idea of ​​an autonomous political entity distinct from the sinoli countries, with its own budget and with rules valid for all the inhabitants of the Eurocontinente. In other words, abolishing norms of diversity that currently exist.
In fact, one has to ask: Why should systems that focus on citizenship income, subsidies, pensions at a quota of one hundred and the like continue to coexist in the same human context, inclining towards pauperistic (pseudo-emergency) measures and others that are proposed again instead , above all a relaunch of the industrial system with adequate productive investments? And this, with good evidence, to achieve a higher level of wealth.

And again: Why should states that speak only of redistribution of an income that is thinning if not disappearing together with others who want first of all to increase the threshold of total income?
Even the most "deluded" of the "ideological Europeanists" cannot deny that without a political connection the fractures currently existing between the member states of the Union, in the face of a catastrophe of the scale of the Corona virus pandemic, would the affirmation of already well-known para-Darwinian principles of inevitable supremacies of "chosen peoples".