Español
News and curiosities from the world Israel launches the Green Pass: vaccinated and cured covids can return to ...

Israel launches the Green Pass: vaccinated and cured covids can return to normal 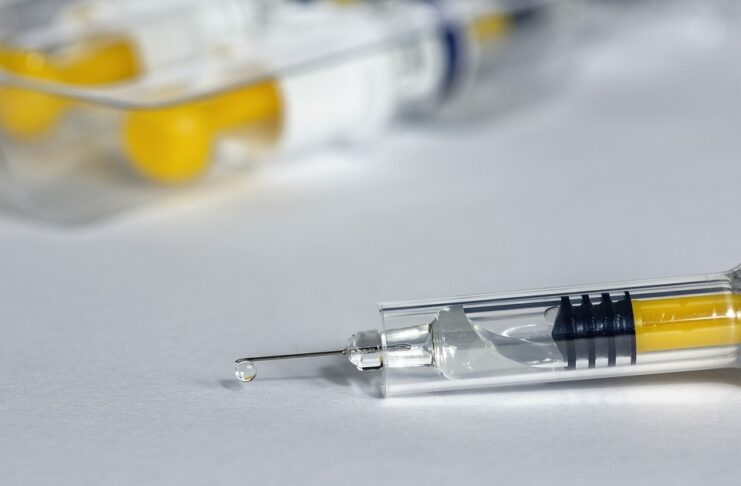 Sara Berettoni
Fair of his native village. Civita Castellana (VT), vintage 1986. Under the sign of Capricorn. I am stubborn, eclectic, passionate, writer. A "Volatile", but with her feet on the ground ....
February 22 2021
News and curiosities from the world

Press review of the week from 15 to 21 February

The green pass is announced, a new plan to ease pandemic restrictions. All people vaccinated and cured of Covid-19 will have the opportunity to move more freely within the country. By showing a certificate of recovery or the vaccination code they can, in small steps, start living again.

From February 22, schools, shops and shopping centers will reopen, closed since the third lockdown. The Green Pass will provide access to places of worship, cultural events, gyms, hotels and swimming pools.

There will also be the possibility to return to attend concerts and sporting events with 75% capacity, although in the stadiums the maximum limit is 300 people inside and 500 outside.

Those who do not operate safely will incur sanctions starting from a thousand shekels, about 252 euros. Compliance with the regulations requires the posting of signs at the entrance of the premises, in Hebrew, English and Arabic, with the necessary information on the Green Pass to all visitors.

The Green Pass will become fundamental and indispensable in the face of any trip abroad. Israel recently signed agreements with Greece and Cyprus for the exchange of immunized tourists.

Israel immunized 45,3% of the population. 9 million residents, with at least one dose, while 30,2% have already been inoculated the second dose.

On Saturday, February 20, a Boeing 777 with 231 passengers and 10 crew members took off from Denver airport, the capital of Colorado, bound for Honolulu in Hawaii. Immediately after take-off, as passengers reported to local authorities, a loud bang was heard in the cabin, a terrible explosion, caused by an engine failure.

The Commander immediately made an emergency landing which saw the entire cabin unharmed. The terrible explosion caused the loss of engine debris on part of the city, causing damage and terror in the eyes of the inhabitants.

Some roofs were destroyed, parts of the engine were found everywhere near the houses, in the gardens, above the cars. Broomfield Town Police ordered residents not to touch or move engine debris.

The accident is now the subject of an investigation by the relevant authorities, the FAA and the National Transportation Safety Board.

Coronavirus around the world

According to data from the World Health Organization, 381.841 new cases of coronavirus were registered in the world in 24 hours.

The United States totals around 500.000 total deaths, a very high number, comparable only to the deaths of Americans during the three great wars: the Vietnam War, the First and Second World Wars.

Among the 10 countries with the highest daily increase in cases, in third place, is France: 23.170 newly infected.
In fourth place among the countries with the most infections in 24 hours is Italy: 15.470 new cases, according to the latest WHO update. In Italy, there are 2.795.796 cases since the beginning of the pandemic and 95.486 deaths.

The fifth country that recorded the highest number of infected people in 24 hours, according to WHO data on February 20, is India: 13.993. India is the second country in the world for the number of total infections (after the USA) and the fourth for the number of deaths (after the USA, Brazil and Mexico). Cases in India since the beginning of the pandemic are 10.991.651 and 156.302 deaths

Among the 10 countries with the highest daily increase in cases, in eighth place, is the Czech Republic: 11.364 newly infected.
Among the 10 nations in the world with the most infections in 24 hours, in ninth place, is Indonesia: 10.614 new cases.

The tenth country that recorded the highest number of infected in 24 hours, according to WHO data of February 20, is Peru: 9.667 new cases.

On February 19, Mya Thwe Thwe Khaing, a XNUMX-year-old girl shot in the head during protests against the coup, died. The young woman was hospitalized in very serious conditions in a hospital in the capital Naypyidaw. According to the analysis of videos and photographs carried out by various humanitarian organizations, the girl fell to the ground after being shot while trying to get away from the demonstration that had been dispersed by police hydrants.

Chaos began to prevail over the crowd as security forces began firing rubber bullets at protesters, but according to Mya Thwe Khaing hospital doctors she was hit and killed by a live bullet.

The death of the young girl became the symbol of the strength of protest and resistance. A battle that began to demand the release of the former head of the civilian government, the end of the dictatorship and the repeal of the 2008 Constitution, which was too favorable to the army.

With the arrival of the new president of the United States, Joe Biden, many things are in the process of changing. On February 18, the US government was successfully invited by the European Union to participate in negotiations with Tehran to try and save the 2015 nuclear deal.

In 2018 the United States, at the behest of Donald Trump, had abandoned the agreement, generating an inevitable internal crisis. As reported by the International newspaper, the United States, Iran, Germany, France, the United Kingdom, Russia and China will participate in the negotiations.

After the very famous 1969 announcement by Neil Armstrong, on February 18, by one of the NASA engineers, it was announced with strong determination and enthusiasm: "Base Jazero, Perseverance has landed!"

The Perseverance rover landed on the surface of the Jazero crater. A crater that is located inside another crater, a sort of basin of 1.200 kilometers in width, formed in remote times by the impact of a large meteorite.

Over the next two years, the rover will scan the area's rocks for traces of past life. A landing expected by planetologists and astrophysicists from around the world who hypothesize the presence of a huge lake billions of years ago.

NASA has applied for the Perseverance rover mission about $ 2,7 billion: this total cost includes all the development costs of this particular vehicle, the launch vector and all the computation and data processing operations in the previous two years.

The first step of a program called "Mars Sample Return" which in the next mission (with launch in 2026) will also see Europe as the protagonist.