Español
Recommended The EU in the tunnel of indecision: President Macron shows the way

The EU in the tunnel of indecision: President Macron shows the way 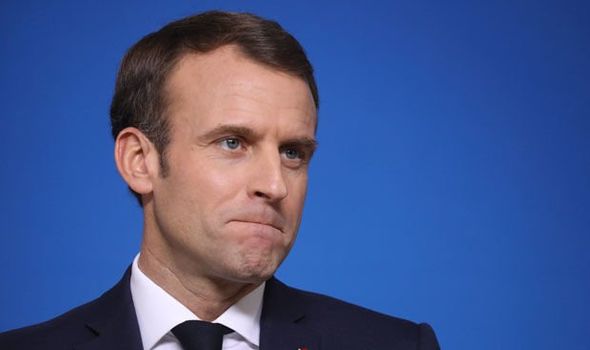 The European Union, while preparing to distribute the resources provided by the Recovery Fund to face the economic and social crisis following the Covid-19 pandemic, has once again ended up in the tunnel of indecision following the veto of Hungary and Poland on the package of measures, proposed by the German presidency, which includes the agreement in principle on the Union's multiannual budget (for the period 2021-2027).

According to the resolution of the European Parliament, the disbursement of the funds provided for in the package is subject to compliance with the "rule of law" by member countries. Hungary and Poland live within them a sort of “crippled democracy”, a consequence of the limitation of fundamental freedoms, such as control over the judiciary, threats to journalists and freedom of the press, control of ethnic minorities.

Hungary and Poland will face political elections in the coming months, their respective governments fear losing them if the recovery fund is blocked. For this reason they have opposed the Union's multi-annual budget project, with a blackmail choice that cannot last long, given the difficulties affecting their economies, which are difficult to overcome independently.

It is an impasse that will be overcome, but it highlights the state of difficulty in which the whole Union can fall in the face of even limited obstacles. This derives from the principle of unanimity of vote which governs the life of the EU. Hence a bigger problem concerning the existence of the Union as such and under current conditions.

This is a general problem, of such a vast impact that it requires a sufficiently radical reconsideration of the fundamental pacts on which the Union was founded and governs itself.

Today the obstacle comes from two countries in difficulty, rather isolated in their “para democratic” systems, which have a weak voice in the community context, but stop it, even if it will be silenced by widening the purse strings.

Another and more consistent is the frond that comes from the so-called "frugal countries" (Holland, Denmark, Finland, Sweden and Austria) that move towards a more rigid system, based on a more strictly "financial-bureaucratic" vision compared to the need to a community policy that also takes into account the socio-political aspects that concern individual countries facing a devastating health and economic crisis.

These are shadows that weigh on the future of the Community and, more generally, of the old continent. How and who can take the necessary steps to remove them?

There is a certain event, the exit of the United Kingdom at the end of the year, and the proposal put forward by the French president, Emanuel Macron, in an interview with the Parisian online magazine Le Grand Continent (widely taken up by Corriere della Sera on Monday 16 November ), of a “sovereign” Europe with respect to the United States and the rest of the world and, last but not least, against any form of internal “sovereignty”.

The exit of the United Kingdom has broken a taboo, in the sense that the way of the Union is no longer one-way, with one entry only, but also goes backwards and we can get out of it.

The reasons for possible breakage are different. If we think of Holland, which leads the group of "frugal countries", the first observation that can be made concerns the fact that it constitutes a real "tax haven" within the Union that is to the detriment of others member countries that have seen major financial and industrial groups emigrate there. The immigration policy with the distribution according to the Dublin agreements that no longer holds. Nor is it possible to witness the networks and barbed wires of Austria and Hungary. The sovereignties, the discriminatory practices towards populations of other ethnic groups, and the undemocratic ones of some Eastern countries do not reconcile with the principles of the Union.

The labor market where, as in Hungary, it borders on conditions close to slavery. The structure of the financial markets, with the corollary of the presence on it of the European Central Bank (ECB) and the issue of Community bonds to finance the Recovery Fund, the common fight against terrorism.

These have all come to a head and no country can escape its responsibilities. Like other countries, and Italy among them, it cannot escape compliance with the common rules in terms of budget and debt.

All mature problems, which have become more serious in these months of health crisis, problems that in the near future will have to be faced and solved with the necessary gradualness. The specter of the United Kingdom closing in on the other side of the Channel is likely to be no mere accident.

What will the Union and Europe be in the coming years and decades?

President Macron, in his interview, stressed focal points which cannot be ignored, whether he or others take the lead and, with it, the legacy of the founding fathers of the Community.

“We are a geographical area in terms of values, in terms of interests, and it is good to defend it in itself. We are an aggregation of different peoples and cultures […]. Yet something unites us. " “We are not - continued Macron - the United States of America. They are our historical allies, we care about freedom and human rights as they do, we have deep ties, but we have, for example, a preference for equality that is not there in the United States of America. Our values ​​are not exactly the same. We have an attachment to social democracy, to greater equality, and our reactions are not the same. I believe that culture is more important to us, much more. "

And again, again from the French president, a reflection on finance. “The functioning of the market economy centered on finance - he argued - has allowed innovation and a way out of poverty in some countries, but has increased inequalities in ours. Our middle classes in particular, and a portion of our popular classes, have been the adjustment variable of globalization, and this is not sustainable. It is unsustainable, and we have undoubtedly underestimated it. "

Macron's interview sounds like a manifesto for the future of Europe. Without exaggerating - if the words will be followed up by the European Union with reflections, adjustments and concrete facts - we can think of it as a rediscovery of "The Ventotene Manifesto" with which Altiero Spinelli, Ernesto Rossi (and Eugenio Colorni , who wrote the presentation) imagined and predicted the Europe that would be born after the Second World War.