Español
Recommended Meghan and Harry's talk show in a nutshell

Meghan and Harry's talk show in a nutshell 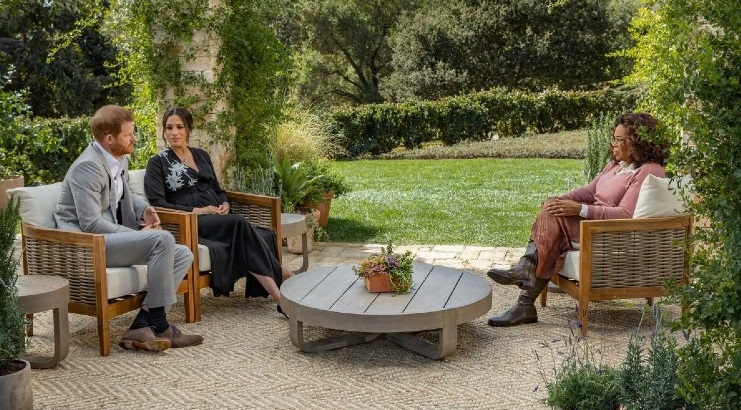 Sun Serafinihttp://www.VideoAge.org
Domenico (Dom) Serafini, from Giulianova resides in New York City and is the founder, editor and director of the monthly "VideoAge" and the trade fair newspaper VideoAge Daily ", aimed at the main international television and cinema markets. After graduating as an industrial expert, at 18 he went to continue his studies in the US and, to finance himself, from 1968 to 78 he worked as a freelance for a dozen magazines in Italy and the USA; obtained the FCC license as a radio operator, he worked as a DJ for three radio stations and produces television programs in Long Island, NY. In 1979 he was appointed director of the magazine “Television / Radio Age International” in New York City and in 81 he founded the monthly “VideoAge.” In the following years he created other magazines in Spain, France and Italy. Since '94 and for 10 years he has written about television in "Il Sole 24 Ore", then in "Il Corriere Adriatico" and trade magazines such as "Pubblicità Italia", "Cinema & Video" and "Millecanali". Currently he collaborates with " The Messagg ero ”from Rome, with“ L'Italo-Americano ”from Los Angeles”, “Il Cittadino Canadese” from Montreal and is a columnist for the newspaper “AmericaOggi” from New York. He has published numerous volumes mainly on media and communications issues, including "Internet Television" in 1999. From 2002 to 2005, he was a consultant to the Italian Minister of Communications in the international audiovisual and television sector.
March 11 2021
RecommendedLetter fromLetter from New York

Exactly 17,1 million viewers in the US tuned in to CBS on March 7 to see Oprah Winfrey interview Meghan Markle and Prince Harry about their escape to America from the British royal family. CBS reportedly paid Oprah about $ 9 million for a 90-minute special (with 30 minutes of commercials) for broadcast and international rights, making it the most expensive talk show in history, but not the most watched. .

This distinction belongs to David Frost's 1977 interview (1939-2013) with former US president Richard Nixon (1913-1994), which was followed by 45 million viewers in the US with the first 90-minute episode. For the four-part talk show, Frost paid Nixon $ 600.000 (equivalent to $ 2,5 million today), plus 20% of the profit. The episodes syndicated on 150 television markets (covering 92% of households) because none of the US networks wanted to be associated with "checkbook journalism". In the end, however, it was CBS who found themselves with the rights to Frost's 12 interviews with Nixon.

According to press reports at the time, Frost made a million dollars from the company. Commercial space for each of the 90 minutes was traded: five minutes of national commercials and seven minutes of local commercials on TV stations. The national commercials were sold for $ 125.000 per minute ($ 560.000 today) by Syndicast Services. As fate would have it, it was an Englishman who caused a stir over the interview with Nixon (the American presidents in office are revered like royal families by their supporters), while 44 years later it was an American who caused the same outcry among members of the English royal family. And both interviews ended up being owned by CBS.

The "Oprah With Meghan and Harry" special was aired in prime time on CBS and will remain available on the CBS app for another 30 days. The special will be broadcast by CBS again in prime time, on March 12th. For the original broadcast, the network and its local TV affiliates sold approximately 30 minutes of commercials which, nationwide, cost $ 325.000 for 30 seconds (double the regular rate), generating $ 15,5 million for the broadcast. network, plus another $ 4 million in international sales (from which Winfrey would have gotten a percentage), which is a considerable amount, considering that after the initial broadcast, the program loses, if not all, at least most of its value. According to the British tabloid "Daily Mail", the British TV network ITV bought the rights for 1,39 million dollars (among other things, in 1983 Frost was one of the partners of ITV). It is also estimated that the Canadian Global TV network has paid $ 400.000 while Sky's TV8 in Italy around 80.000.

ViacomCBS Global Distribution Group has sold the special in over 80 television markets around the world. “Oprah With Meghan and Harry” was in fact also purchased by M-Net in sub-Saharan Africa, VRT for Eén in Belgium, RTL in Germany, RTL in Croatia, Siminn in Iceland, RTÉ in Ireland and yesDocu in Israel. These in addition to Net5 in the Netherlands, Discovery NZ / Three in New Zealand, TV3 and Viafree in the Nordic countries and SRF in Switzerland.

Produced by Oprah's Harpo Productions, the special engaged her in a conversation first with Meghan, Duchess of Sussex, then joined by Prince Harry.

Frost's interview with Nixon was also distributed on home video and international TV networks. It later became a play (in 2006) and then a motion picture (in 2008).

Now one wonders if viewers around the world will someday even see a behind-the-scenes film version of “Oprah With Meghan and Harry”. Winfrey reportedly recorded a total of three hours with Meghan and Harry, of which only 90 minutes were aired, leaving another original 90 minutes for further exploitation.