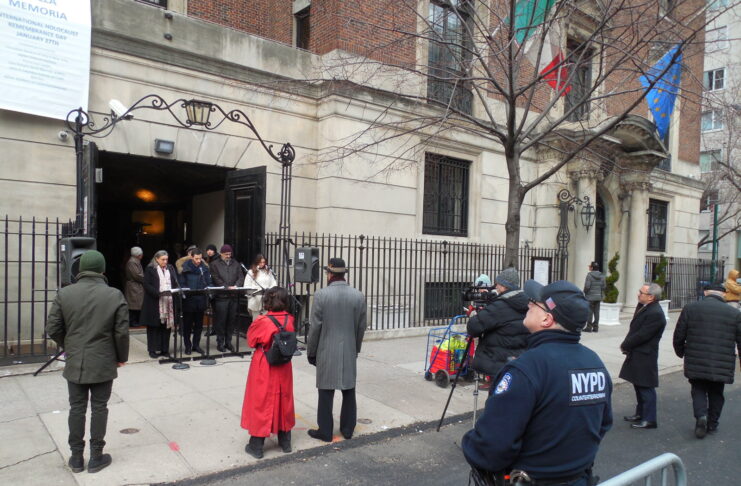 Sun Serafinihttp://www.VideoAge.org
Domenico (Dom) Serafini, from Giulianova resides in New York City and is the founder, editor and director of the monthly "VideoAge" and the trade fair newspaper VideoAge Daily ", aimed at the main international television and cinema markets. After graduating as an industrial expert, at 18 he went to continue his studies in the US and, to finance himself, from 1968 to 78 he worked as a freelance for a dozen magazines in Italy and the USA; obtained the FCC license as a radio operator, he worked as a DJ for three radio stations and produces television programs in Long Island, NY. In 1979 he was appointed director of the magazine “Television / Radio Age International” in New York City and in 81 he founded the monthly “VideoAge.” In the following years he created other magazines in Spain, France and Italy. Since '94 and for 10 years he has written about television in "Il Sole 24 Ore", then in "Il Corriere Adriatico" and trade magazines such as "Pubblicità Italia", "Cinema & Video" and "Millecanali". Currently he collaborates with " The Messagg ero ”from Rome, with“ L'Italo-Americano ”from Los Angeles”, “Il Cittadino Canadese” from Montreal and is a columnist for the newspaper “AmericaOggi” from New York. He has published numerous volumes mainly on media and communications issues, including "Internet Television" in 1999. From 2002 to 2005, he was a consultant to the Italian Minister of Communications in the international audiovisual and television sector.
January 27 2020
Letter fromLetter from New YorkNetwork

As every January 27, the Consulate of Italy in New York City commemorates the Memorial Day with the reading of the names of the 9.700 Italians who perished in the Nazi concentration leaders.
On a partly cloudy and less cold day of the past years, some volunteers took turns at the Consulate in four time slots (from 9 to 10:30, 10: 30-12, 12-13: 30 and 13: 30-14) in read the 9.700 names, in an event coordinated by the Primo Levi Center.
Globally, the day is known as International Holocaust Remembrance Day. January 27 marks the day of 1945 when the gates of Auschwitz-Birkenau were opened by Soviet liberation forces.