Español
Network House Museum of Poschiavo: a jewel of the Grisons

House Museum of Poschiavo: a jewel of the Grisons 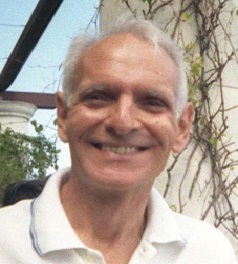 Paolo Spirito
Born in Trentino (Cles, 19/08/1955), he lives and resides in Rome. Graduated in Modern Literature with honors in the academic year 1979-80, at the University of Rome "La Sapienza". Journalist, RAI Programmer-Director and Television Author, former Head of the Prose Theater Office of the National Presidency of the AGIS-Italian General Entertainment Association. He has collaborated in the creation of many successful programs: "Open School", "Italians and Italians, today in the world", "Hello ... Who plays?", "The Pleasure of Knowing", "The Needle of the Balance", "Everything sul Due "," I Fatti Vostri "," Detto tra noi "," Cronaca in Diretta "," Made in Italy "," Uno Mattina Estate "," Check Up "," A night in Sirminione "," Uno Morning Saturday & Domenica ”and lastly“ Linea Verde ”for Raiuno which he currently collaborates with. Author of television documentaries, he conceived and directed: "Pieve di Cadore Film Festival", "BrixenART Film Festival", "Flower Film Festival of Assisi", "Valsolda Schermi d'Arte 2012", "Ponza Schermi d'Arte", " Capri Schermi d'Arte "," Furore, Schermi d'Arte 2015-Massimo Ranieri, the Adventure of the Cinema "," Minori, Schermi d'Arte 2018 "," Genzano, Schermi d'Arte 2018: Tribute to Toni Servillo " . In 2007 he wrote the subject and screenplay of the film “Sogni Reali” with Giorgio Albertazzi and Paola Saluzzi. On 10 October 2015 he was awarded the Furore Journalism Award in the Municipality of Furore (SA) for his long career at Linea Verde Raiuno.
November 9, 2019
Network

Article taken from Via Po, Cultural supplement of the newspaper on line "Conquests of the Work"

Last October I had the good fortune to prepare Inspections and Resumes of the episode of Raiuno Green Line which will be aired tomorrow, Sunday 10 November at 12.20, and which will offer viewers an exciting journey with the famous Red Train of the Rhaetian Railway from Tirano (SO) at the Bernina Pass (CH), declared a UNESCO World Heritage Site, in the uncontaminated landscape of the Canton of Grisons (CH).

Without taking away from the viewers the pleasure of discovering the best that Valposchiavo can offer, especially in the organic production chain, I was literally fascinated by the beauty of the Casa Console Museum in Poschiavo, managed by the Ernesto Conrad Foundation, of which Director Guido Lardi is the director.

The nineteenth-century building which houses the art museum is an exceptional example of refined local architecture; its origins are directly related to the activities of Antonio Semadeni, a skilled and lucky poschiavino pastry chef who emigrated to Poland, who built it in 1856 in place of a previous old rural house. His home in the center of the Borgo di Poschiavo has always been called in popular language by the name of Consul House, in memory of the function performed abroad by its manufacturer. The Art Museum wanted to keep the traditional name of the building in which it is now based. Inside the building, the original structures, the partly gilded stuccoing of the ceilings and various examples of Venetian polished stucco are particularly valuable. Even the external facade overlooking the main street inside the Borgo is of a delightful nineteenth-century taste; in a niche on the first floor you can now admire a bronze statue by the French sculptor Ernest Barrias depicting the young Mozart tuning the violin.

In 1875 the Swiss Confederation opened the Swiss Consulate in Warsaw. The Swiss colony resident there proposed to the federal authorities the appointment of Antonio Semadeni, a professionally highly respected Poschiavian pastry chef, who enjoyed a reputation as an enterprising, integral and trustworthy person. He had attended a Polish gymnasium as a young student and was fluent in Italian, French, German, Polish and Russian. After his appointment as honorary consul, his home on Nowy Swiat street no. 1247/61 in Warsaw also became the seat of the Swiss consulate, where Antonio Semadeni carried out his diplomatic activity until 1884.

The foundation, to which they belong Consul House and its cultural activities, was erected by Ernesto Conrad in 2002 with the intention of creating a suitable venue for the exhibition of the works of art in his possession, made up in particular of paintings by various German romantic painters. This led first to the purchase and then to a careful restoration of the architectural complex of Casa Console, a splendid posh patrician residence dating back to the second half of the nineteenth century. The activities carried out by the Foundation are not limited to the display of works of art belonging to the museum, but are expanded with a regular offer of numerous other important cultural events distributed throughout the year.

Ernesto Conrad he was born in Budapest in 1927 to a Hungarian father and mother of German origin. At the age of just ten he left his homeland with his parents to settle in Munich, where he attended high school and the conservatory. The outbreak of the Second World War upset the plans for an orderly education and study in line with its intellectual qualities.

At fifteen he was drafted into the city for civil service and employed as a tramway driver and conductor. After the war, he had to adapt to take on occasional and temporary occupations. The fundamental turning point in his life occurred in 1950, when he entered an important publishing house in Monaco. In a short time he came to first occupy the function of responsible manager and then co-owner of the publishing group. In the late 80s Ernesto Conrad and the co-owners sold their thriving business to the "Sùddeutsche Zeitung". From that moment on, he moved to Poschiavo, which he had known for years and where in the meantime he had bought and adapted his new and definitive home in Prada. At the age of 74 he decided to give life to the Foundation that bears his name, first buying the Palazzo di Casa Console, then restoring it to the primacy and inaugurating the art museum in December 2002; here he found and finds his home worthy of his collection of XNUMXth century works of art, including the names of Carl Spitzweg, Eduard von Grùtzner, Franz von Defregger, Johann Friedrich Voltz, as well as those of numerous artists belonging mainly to the famous School of Monaco. The collection was then continuously enriched and embellished in the following years also with works by Swiss artists (Rudolf Koller, Alexandre Calame, Benjamin Vautiere, as much as he can be considered a Swiss artist, Giovanni Segantini). The Museum was thus able to establish itself even outside the narrow confines of the Poschiavina valley and has welcomed many visitors from all over Switzerland, Germany and Italy year after year. At the time of the inauguration of Casa Console, the Municipality of Poschiavo granted Ernesto Conrad honorary citizenship. In 2007 the Canton Grisons awarded him the recognition prize for his life dedicated to cultural and artistic commitment. In the same year, the Culture and Tourism Association also awarded him a well-deserved prize for his activity aimed at spreading German romantic painting in Val Poschiavo and in Grisons.

With great versatility he dealt not only with painting and music, but also with photography and advertising. Alongside these cultural activities Ernesto Conrad also cultivated other profound interests; not to forget his commitment to safeguarding the territory, but also his passion for hiking in the mountains and his favorite pastimes such as cultivation in orchids, the care of the garden always shining with flowers and the vegetable garden full of fruits of the earth. He died at the age of 84 in September 2011; his spirit and his memory live and remain now in his Foundation, which will be able to guarantee an exceptional contribution to the cultural life of Poschiavo, the Valley and the Canton of Grisons in the future.

A final consideration: the Director of the Casa Console Museum, Guido Lardi, told me that the Museum is well known and visited by tourists of German language and culture, little, very little by the Italians. The hope, then, is that after the episode of Linea Verde Raiuno dedicated to Valposchiavo (CH), Italian visitors of this small but wonderful jewel of the Canton of Grisons can increase, perhaps stopping to sleep for just one night in the charming Borgo di Poschiavo.