National identity: a crossroads of cultures 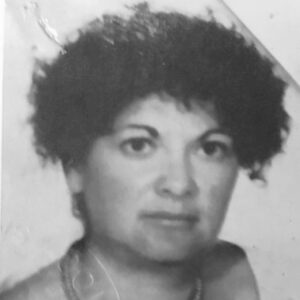 Antonella Botti
I was born in Salerno on March 3, 1959 but have always lived in Sessa Cilento, a small town of about 1300 souls in the Cilento National Park. I studied at the "Parmenide" classical high school in Vallo della Lucania and I graduated in modern literature. I entered the school as a competition winner in 1987, currently I teach Italian and Latin Literature at the Scientific High School of Vallo della Lucania. I published two texts of local history: "The stoning of Santi Stefano" and "Journey of time in the dream of memory". For some months now I have been managing a blog, a sort of inner need that leads me to react to the pessimism of reason with the optimism of the will. Times are difficult: "immobile escapes" are not possible.
October 21, 2020
Contemporary classicsNetwork

Nationalist sovereignty and anti-immigration policy does all they can to find its reasonable justification in the HISTORY of peoples. Antonio Socci, for example, in his work “TRADITI, SUBMESSI, INVASI” insists a lot on the idea of ​​Italian cultural identity as a typically national monolithic product. In his historical excursus he speaks of conquering Rome and peoples passively subjected to it, aware of their own inferiority ”. "

Rome first Romanized Europe and assimilated new peoples by integrating them into the Empire, that is, into its own culture ”- (op. Quoted p 56). Socci then goes on to say that the fall of Rome was determined by the emigration of the Goths who, massing on the borders, to escape the Huns and Alans, constituted a state within a state.
I believe that I cannot share these theses.

It is beyond doubt and, I suspect that many people recognize it, that the weakness of Rome begins with the tetrarchic division of Diocletian. The irreversible weakness of Rome is in the shattering of the Empire, in the loss of its unity.

As long as Rome was able to unite diversities by integrating them, it was CAPUT MUNDI. When the unit was broken Rome became vulnerable and extremely fragile.
The secret of his greatness was in the unity among peoples, in the continuous contamination and mutual exchange.

The doubts about the Italian "monolithic" identity are even stronger if we keep in mind the famous verse of Orazio, the poet of Latin classicism par excellence, "Graecia capta ferum victorem cepit et artes intulit agresti Latio"(Epistle. 2,1, 156). Then Rome conquers Greece with arms but this civilizes it with the arts.
In reality, the problem of Italian identity and its originality is a false problem.
Very often it is determined by the exploitation that racist and imperialist ideologies make of it. It is absurd to believe that every culture is a reality isolated from the rest of the world, just as it is absurd to believe that one culture is superior to another.

Ours, in particular, is the result of continuous contamination, of incessant intertwining with different peoples: Phoenicians, Greeks, Mycenaeans, Cretans, Angevins, Aragonese etc.
Our Mediterranean, the "mare nostrum“, It has always been very busy, it has allowed ideas and cultures to travel with goods. I can't imagine anything more valuable, richer, but above all more fascinating. It is the emotion I feel when I enter a "multiethnic" class: I think I will be able to travel while staying at "home".

Those who are concerned with protecting an alleged identity from "unwanted on our territory", it is clear that they perceive this identity as DIFFERENCE, as NATIONALISM, while there is no doubt that our identity is indebted to many peoples. Our only, great merit, at least not so long ago, was that of welcoming and integrating.
If this were not the case, we would still be that rural people of ancient Lazio of which Horace speaks to us in his Epistle.