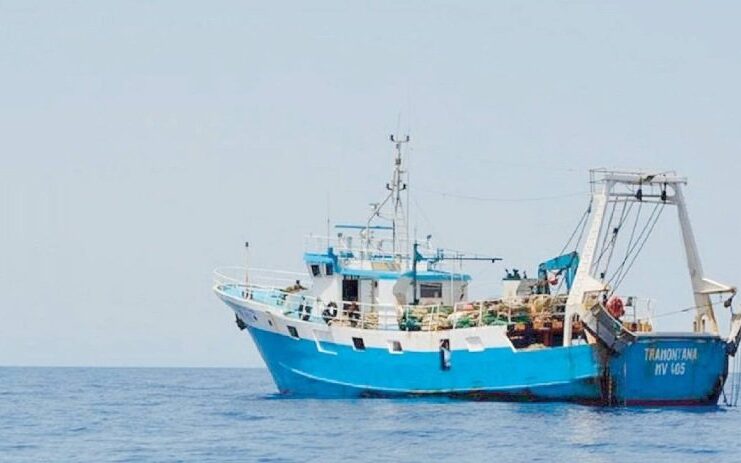 Giorgio Dell'Arti
He was born in Catania on September 4, 1945. Journalist from 69 to Paese Sera. He moved to Repubblica in '79: correspondent, head of service, editor-in-chief, founder and director for four years on Friday, editor of the monthly Wimbledon. He directs the Monday edition of Il Foglio, he is a columnist for La Stampa and La Gazzetta della sport and writes for Vanity fair and Il Sole 24 ore. Dell'Arti is a historian of recognized authority, specialized in biographies; published (among others) The Man of Trust (1999), The day before 2008 (7247) and the encyclopedic work Catalog of the living - 2008 remarkable Italians (5062, re-edition of the Catalog of living - 2006 remarkable Italians, 2011 ). Among the latest books are: Cavour - Life of the man who made Italy (2013); Francis. Do not be afraid of tenderness (2014); The newcomers (2015); Moravia. I'm alive, I'm dead (2016); Pagan Bible (XNUMX).
May 7, 2021
News previewToday

A Libyan Coast Guard patrol boat fired at three Italian fishing boats. One of the two commanders was wounded

• A day of fishing war on the island of Jersey, in the English Channel: Paris and London deploy their ships
• The League dropped below 22% in polls for the first time in three years. And Meloni records another record
• From Monday all over Italy bookings for vaccination open to people aged XNUMX and over
• There were another 258 deaths yesterday. The number of people admitted to intensive care is 2.308 (-60). The positivity rate rises to 3,6%. People vaccinated are 6.826.350 (11,45% of the population)
• Merkel is against the suspension of patents on Covid vaccines, Putin is in favor. Serbia will pay citizens who get vaccinated
• Near Pavia, a 91-year-old died trying to escape from the retirement home
[see the Incidents section]
• Silvia Romano, the girl kidnapped in Somalia, freed and returned to Italy converted to Islam, married in secret last October with a childhood friend
• In Sassuolo, near a polygon, human bones have been found. They could belong to a woman who disappeared nine years ago
• Another femicide: a woman was stabbed to death and then set on fire in the province of Naples
• Another victim at work: the owner of a construction company in the Lower Bergamo area dies crushed by a concrete slab
• In South Carolina they want to resume shooting
• In Qatar, the arrest of Finance Minister Ali Shareef al Emadi was ordered
• In Hong Kong, activist Joshua Wong was sentenced to another ten months in prison
• Dominic Ongwen, former child soldier and leader of the Ugandan LRA rebel army, was sentenced to 25 years in prison by the Hague Court
• On the fifth attempt, Space X successfully landed the Starship rocket
• Europa League, Roma won 3-2 with Manchester United, too little to overturn the 6-2 of the first leg. The final will be Manchester United - Villareal

In India and Bangladesh, the female literacy rate is double that of men [Pascale, Foglio].