Español
Idea-Action Politics and puppets in the European Parliament

Politics and puppets in the European Parliament 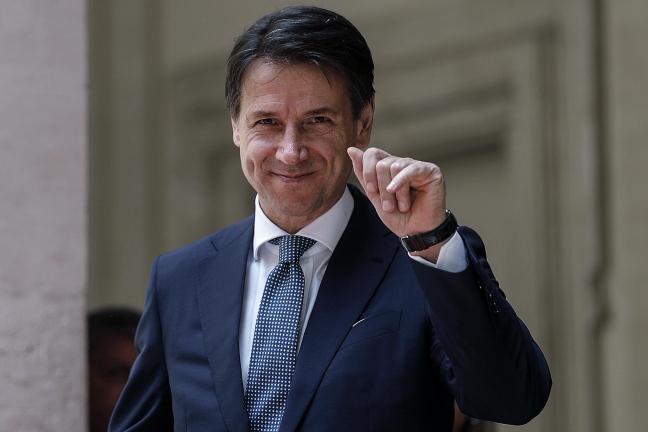 Mario Pacelli
Mario Pacelli is a professor of public law at the University of Rome La Sapienza, for many years an official of the Chamber of Deputies. He has written numerous studies in parliamentary history, including The roots of Montecitorio (1984), Bella gente (1992), Interno Montecitorio (2000), Il colle più alto (2017). He collaborates with the "Corriere della Sera" and "Il Messaggero".
February 14 2019
Idea-Action

February 12, 2019, classroom of the European Parliament. In the semi-deserted room, the Prime Minister Conte takes the floor to illustrate Italy's position on open international issues, starting with the Venezuelan one. It seems that Conte's statements arouse some interest, but the feeling does not last long: the representatives of the Parliamentary Groups (socialists) intervene, the deputies of other groups intervene and the criticisms rain, some very heavy, on the work of the Italian Government.

The well-informed affirm that Conte expected it, he remains imperturbable, until the insults begin, forcing President Tajani to intervene several times to moderate the debate. The Belgian Verhofstadt comes to define the Italian Prime Minister "puppet" of his two Vice Presidents (Di Maio and Salvini) and at this point Conte can no longer hide his irritation: he is silent and then replies to the Belgian liberal leader stating that he is not a puppet and not to represent lobbies or business committees and that the offensive words addressed to him were to be understood as offenses for Italy.

The seriousness of what happened, certainly not mitigated but accentuated by the protest of the Greek leader because Conte had removed the headphones of the simultaneous translation while he was speaking in Greek, from the measure, insults aside (never admissible in a parliamentary room, geometric place for the expressions of all opinions) of the situation in which the yellow-green government precipitated Italy into the EU.

The insults addressed in recent months to representatives of the Community institutions, guilty of not sharing the economic maneuver plan drawn up by the government, the continuous jet accusations of wanting to damage the interests of the Italian people with economic rigor, the display of close relations with the so-called sovereigns (like Hungary) and with clearly anti-European forces, such as the now strange yellow vests, are all facts that leave a trace.

Reached that self-definition as a lawyer for the people of President Conte which clearly implies that the people have not hitherto had the protection of parliamentary institutions and that new movements will defend them, ready to surreptitiously constitute an alternative (which is then only for power management) to democratic systems: how can the Italian or European political class be able to admit that even those who tend to constitute an alternative to it are part of it?

It is true: the offenses against Conte are indirectly an offense against Italy, but it is equally true that Conte and his political friends looked for them with the lantern, perhaps happy that they were there, to demonstrate how perfidious and enemy of the Italy is Europe. Mussolini spoke of the "perfidious Albion" about Britain, the sovereigns prefer "perfidious Europe": every now and then a perfidious person appears on the international scene and insults fly.

"Keep calm if you can, but if you can't go on," San Filippo Neri warned, addressing the children. The invitation could also be extended to yellow-green politicians: if they choose to continue to run in the street of insults they cannot help but expect adequate answers. Unfortunately for Italy.