Renzi talking and the secret agent in a motorway restaurant 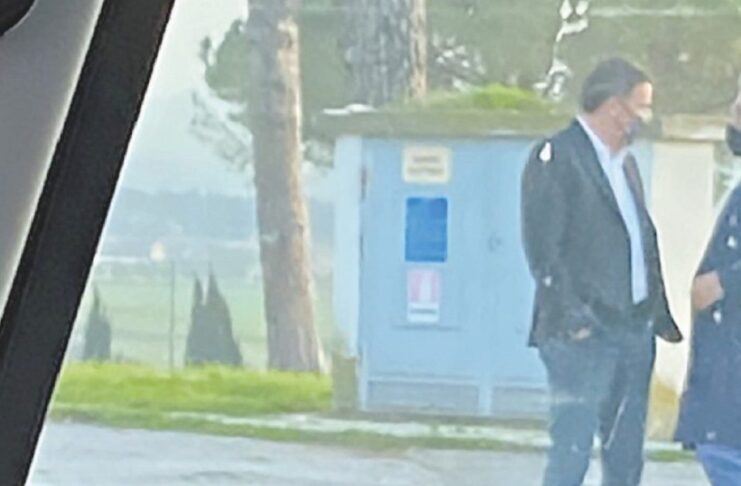 Giorgio Dell'Arti
He was born in Catania on September 4, 1945. Journalist from 69 to Paese Sera. He moved to Repubblica in '79: correspondent, head of service, editor-in-chief, founder and director for four years on Friday, editor of the monthly Wimbledon. He directs the Monday edition of Il Foglio, he is a columnist for La Stampa and La Gazzetta della sport and writes for Vanity fair and Il Sole 24 ore. Dell'Arti is a historian of recognized authority, specialized in biographies; published (among others) The Man of Trust (1999), The day before 2008 (7247) and the encyclopedic work Catalog of the living - 2008 remarkable Italians (5062, re-edition of the Catalog of living - 2006 remarkable Italians, 2011 ). Among the latest books are: Cavour - Life of the man who made Italy (2013); Francis. Do not be afraid of tenderness (2014); The newcomers (2015); Moravia. I'm alive, I'm dead (2016); Pagan Bible (XNUMX).
May 4, 2021
News previewToday

Fedez on Instagram has a number of followers higher than the number of votes taken by the center-right in the last elections [Polito, CdS].

• Fedez case, the League goes on the counterattack. Salvini's party will present to the Senate a bill against homophobia to make that of the Democratic Party useless and asks Rai to challenge the contract with the external company that organized the concert on May 1st
• Near Prato, a 22-year-old woman, already the mother of a child, was sucked into the gear of a machine in the factory where she worked. She died before she could cry out
• The Italian DJ Davide Masotti, aka Da Frikkyo, died in France from a stab in the side. Stop the companion
• Istat certifies that the Italian population is decreasing: 384 thousand fewer people in one year. Due to Covid, life expectancy has dropped to 82 years
• Yesterday there were another 256 deaths. The number of people admitted to intensive care is 2.490 (-34). The positivity rate is 4,9%. People vaccinated are 6.348.757 (10,64% of the population)
• "We are considering extending the AstraZeneca vaccine to people under 60", says Commissioner Figliuolo
• China's post on India: "You have the fire of pyres for Covid, we the one of the rocket towards space"
• Germany prepares to lift restrictions on vaccinated people. Britain has reached 50 million doses of the vaccine administered. Denmark will not administer the Johnson & Johnson vaccine
• Death of Vannini, the sentences for the Ciontoli family confirmed: 14 years for the father, nine years and four months for his wife and children
• The Milan Public Prosecutor asks for immediate judgment for Alberto Genovese for two sexual assaults and the sale of drugs
• After three years of investigations, the cardiologist Giorgio Galanti was sentenced to one year in prison for the death of Davide Astori
• Three rockets were fired at the US air base in Balad, north of Baghdad
• Bill and Melinda Gates will divorce. They had been married for 27 years, they have three children
• At 90, Warren Buffett has appointed the successor to the helm of Berkshire Hathaway: he is the Canadian Greg Abel, current vice president
• Turin-Parma 1-0, the Emilians are relegated to Serie B
• Vincenzo Nibali will race in the Giro d'Italia. He got the green light from the doctors after his wrist fracture on April 14th

Corriere della Sera: Vaccini, Italy at two speeds
la Repubblica: Rai, no reform before the change of leadership
La Stampa: "We will all pay for the mistake of Milan"
Il Sole 24 Ore: Fund lost, aid for 14 billion / Moratorium on loans, extension with limits
Future: Odyssey at sea
Il Messaggero: Europe: reopening on tourism / Italy late on the Covid pass
Il Giornale: Milan prosecutors investigated / And Davigo also risks
I read: Enhanced refreshments and smarter working / Here are the bis supports
Qn: Counterorder: AstraZeneca for everyone
Il Fatto: Caught with the spy / Renzi shoots Report
Free: Homosexuals to the rescue
The Truth: The report that makes politicians, judges and the Hill tremble
Il Mattino: Half Campania in the red zone
il Quotidiano del Sud: A highway without toll booths
the poster: Class blow
Tomorrow: Here are the rules of "Hungary" / Between dinners, "deflowered" and plots