Giampaolo sodano
Giampaolo Sodano, a craftsman, oil master, journalist and company manager, was born in Rome. Before winning a competition in 1966 and joining Rai as a program officer, he carried out an intense advertising activity as a literary and film critic. In 1971 he is a professional journalist. In 1979 he became a company manager of RAI. In 1983 he was elected Member of Parliament. In 1987 he returned to professional activity in RAI and was appointed vice-president and managing director of Sipra and subsequently director of Raidue. In 1994 he was general manager of Sacis and the following year director of APC, RAI purchasing, production and co-production management. In 1997 he resigned from RAI and became director of Canale5. A brief experience after which he gives life to a consulting company "Comconsulting" with which in 1999 he collaborates with the B&S Electra fund for the acquisition of the company Eagle Pictures spa of which he becomes president. In 2001 he was elected vice president of ANICA and President of Unidim (Union of Distributors). From 2008 to 2014 he was vice president of "Sitcom Television spa". He was President of IAA. Italian section (International Advertising Association), President of Cartoons on the bay (International Cartoon Festival) and President of the Sorrento International Cinema Meetings. He has written and published “The things possible” (Sugarco 1982), “Le coccarde verdemare” (Marsilio 1987), “Birth of Venus” (Liguori publisher 1995). He changed his life and profession, became an oil craftsman and in 1999 bought an old oil mill in Vetralla. As an oil master, he engages in associative activity taking on the role first of vice president and then director of the Italian Frantoiani Oleari Association (AIFO). With his wife Fabrizia he published “Pane e olio. guide to artisan oil mills ”and“ Escape from the city ”.
November 23, 2017
Editorials by Giampaolo SodanoWord of Director

Capital Rome, announced bankruptcy, but whose are the responsibilities and, above all, are feasible solutions? (to read part 1 of the post, click here).

Responsibilities we said, there are many. But insisting on them can only have a historical value: at this point, which is perhaps one of the lowest in the history of post-Risorgimento Rome, it is necessary to resume the discussion, if we are capable of it, where we interrupted it 30 years ago: not It will be easy. Even the constitutional rule of 2001 on capital Rome has been cleverly emptied of content by a bureaucracy that fears losing, with functions, the small privileges it continues to enjoy.

The experience of these years tells us that it is not a question of money, it is also and above all and once again a question of political will.

I want to tell you how things went thirty years ago. I was sitting on the budget committee for the examination of the financial, to replace a colleague who had fallen ill. Given that since I was elected Member I have dealt with the Rome issue, I took the floor to illustrate an amendment which I had deposited and which included an extraordinary expense of 450 billion for the financing of works necessary for the capital function. A rather lively discussion began, the government through the mouth of the budget minister Goria found no better than to ask himself the question of what justification he could give to his fellow citizens of Asti for such an important allocation for the city of Rome. Thanks to a providential intervention by the president of the commission Paolo Cirino Pomicino the debate ended with the approval of the amendment albeit with a figure of 200 billion. Obviously the question of how to spend them immediately arose. With my comrades from the socialist parliamentary group, we presented a bill. 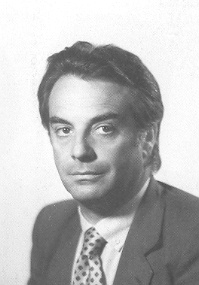 In short, 1986 was a golden moment for capital Rome, perhaps there was too much chatter, it is certain that there was much talk of Rome. We had started off on the right foot: once the funds had been allocated, we felt the need to understand how to spend them and for what capital. The projects that were on the table seemed to have become obsolete: large works, infrastructures, computerizing, equipping, telematizing Rome were not enough to draw a modern face, perhaps a single idea was missing and for this reason cultural operators, management of the public and private enterprise, entrepreneurial and financial forces, political exponents of all parties, who with great lucidity and passion discussed Rome. Then the political crisis sent everything to the attic.

Thirty years have passed and of course the city has changed beyond its rulers. Rome was once a place of exchange, of market, of then living in the city of work, today we do not know what it is and what its future is. It is up to us, to us citizens of 2000, stratification of history and culture to be able to combine beauty and progress, innovation and memory to resume the difficult path to give our city the identity to which it is entitled, that of Capital d 'Italy.