Español
Good people Salvini, the President and the schismatic Pope

Salvini, the President and the schismatic Pope 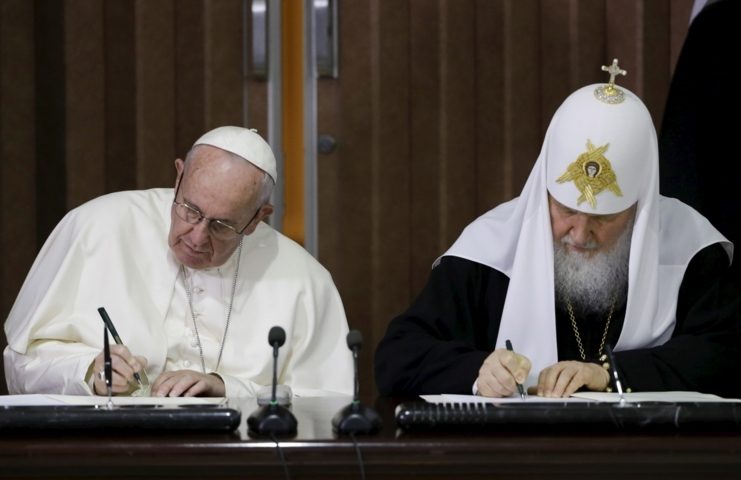 Mario Pacelli
Mario Pacelli is a professor of public law at the University of Rome La Sapienza, for many years an official of the Chamber of Deputies. He has written numerous studies in parliamentary history, including The roots of Montecitorio (1984), Bella gente (1992), Interno Montecitorio (2000), Il colle più alto (2017). He collaborates with the "Corriere della Sera" and "Il Messaggero".
May 22, 2019
Good people

Monday 20 May, 23 pm; 45: in the oval hall of the Council of Ministers in Palazzo Chigi the atmosphere is very tense.

Deputy Prime Minister and Minister of the Interior Salvini insists on the immediate approval of the bis law decree on safety.

Deputy Prime Minister and Minister for Economic Development (and many other things) Di Maio is against it, also because the provision removes the powers of two Grillini ministers, that of infrastructure and that of defense, regarding the barrier to migrants of Italian ports .

Conte still tries to play the referral card: on the eve of the European elections, the approval of that provision would be a great gift to the League. Salvini still insists and Conte is forced to play the last card: he announces that he has forwarded the text in vision to the President of the Republic and that he received from the Quirinale news of perplexity (euphemism not to say contrast) about the most qualifying points of the decree.

Of course Conte expected it: the President of the Republic cannot sign an immediately operative legislative provision on which serious constitutional doubts persist and criticisms have been made by the UN Commissioner for Refugees: to block Salvini he finds nothing better than to give news to the Council of those Presidential concerns.

Everyone understands that it is useless to approve the Decree if the President of the Republic does not sign it as required by the Constitution. The examination of the draft law decree is therefore postponed. Salvini is furious, the ministers go to sleep. Conte won: it was a real victory, if to achieve it he had to play the card of the President of the Republic invoking almost as a guarantee of himself and his political line? How many Italians have thought that not dissimilar things happen in other presidential republics like the French one? What wear are republican institutions undergoing because of (let's call them) the political extravagances of "these here"? The interventionism of the Presidents of the Republic of the past such as Pertini, Scalfaro and Napolitano risks being a small thing, compared to the novelty of a President called to guarantee the survival of a government on the brink of crisis. Mattarella has avoided a very dangerous coup by Salvini to declare himself in front of the electorate masters of Italy or has created a dangerous precedent. Nobody seems to be able to seriously answer this question today.

They say that Salvini, a little demoralized, is thinking of a schismatic national Catholic church like the French Gallican church more than a century ago: if the post of schismatic pope is free because he should not profit from it since things in Italy seem do not go in the direction desired by him?