Sauteed garlic and onion to protect against breast cancer 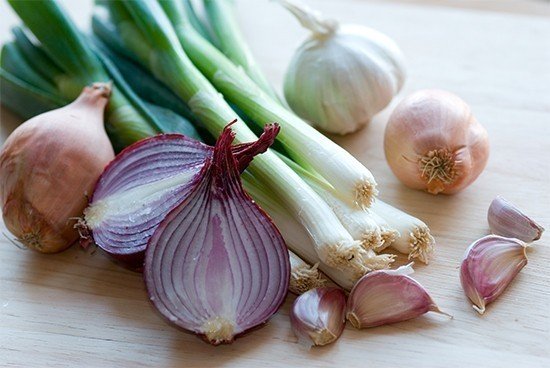 Natural Theater
“Teatro Naturale” is a weekly online magazine dedicated to the rural world. Present on the net since 2003 and created to give a voice to those who - such as those who live in and of agriculture - are not adequately represented by the current media, over time it has become the reference point for those who not only want to be promptly informed on current events. agricultural, food and environmental, but which do not disdain an invitation to reflection and the rebirth of free rural thinking, free from belonging and ideologies. Of those who believe that the rural world must not only protect itself and protect itself, but also evolve and that the quality of the products can pass through the quality of the people. Moondo thanks to the collaboration with Teatro Naturale proposes some of the most interesting articles published weekly.
29 September 2019
Natural Theater

Garlic and onion, even better if eaten together in the saute, could have a powerful protective effect against breast cancer. Sautéed more than once a day reduces the risk by 67%.

This is suggested by a study conducted by Gauri Desai, an epidemiologist at the University at Buffalo (UB), conducted on a population of nearly 800 Puerto Rican women, 317 of whom were diagnosed with cancer, the other healthy.

Already in the past some studies have rewarded the consumption of garlic, onion and other plants of the same family (from leek to chives) as allies in the prevention of diseases, including some tumors. But for the first time we focused on breast cancer, choosing the Puerto Rican population for two reasons: the first is that the breast cancer rate is much lower for Puerto Rican women than for US women and then because their tradition gastronomy includes sauté.

Epidemiologists have asked women to fill out detailed food questionnaires, specifying the consumption of garlic and onion and the average quantities.

Well, it has emerged that consuming them reduces the risk of getting breast cancer in a dose-dependent way, that is, the more you consume it, the more protection from the tumor.
In particular, then, the authors write, it has been seen that “the consumption of the sauté, when examined alone, was inversely associated with the risk of cancer; for women who used it more than once a day, the risk of breast cancer was reduced by 67% compared to women who did not use it. "

It is believed that the 'secret powers' of the sauté are the molecules released in its preparation as the 'organic sulfur compounds', such as allicin just to give an example.