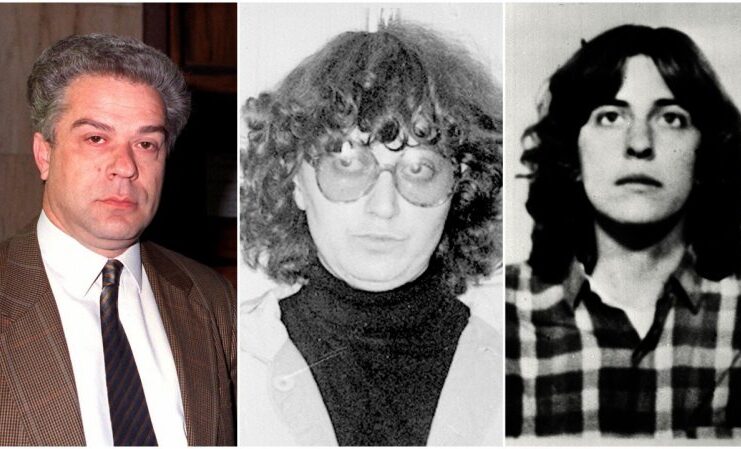 Giorgio Dell'Arti
He was born in Catania on September 4, 1945. Journalist from 69 to Paese Sera. He moved to Repubblica in '79: correspondent, head of service, editor-in-chief, founder and director for four years on Friday, editor of the monthly Wimbledon. He directs the Monday edition of Il Foglio, he is a columnist for La Stampa and La Gazzetta della sport and writes for Vanity fair and Il Sole 24 ore. Dell'Arti is a historian of recognized authority, specialized in biographies; published (among others) The Man of Trust (1999), The day before 2008 (7247) and the encyclopedic work Catalog of the living - 2008 remarkable Italians (5062, re-edition of the Catalog of living - 2006 remarkable Italians, 2011 ). Among the latest books are: Cavour - Life of the man who made Italy (2013); Francis. Do not be afraid of tenderness (2014); The newcomers (2015); Moravia. I'm alive, I'm dead (2016); Pagan Bible (XNUMX).
April 29 2021
News previewToday

Seven former Italian Red terrorists arrested in Paris: among them, there are Pietrostefani, Cappelli and Petrella. Three escaped

• The Senate rejects the three no-confidence motions against Minister Speranza. The Lega and Forza Italia vote with the majority. But Salvini attacks: "Useless vote, we need a commission of inquiry"
• The Zan bill has been scheduled. It will be discussed in the classroom by May
• The deaths of Covid in Italy are more than 120 thousand. Yesterday there were 344 more. There were 2.711 patients admitted to intensive care (-37). The positivity rate is 4%. People vaccinated with the first dose are 13.232.498 (22,19% of the population)
• The WHO reports that the Indian variant is widespread in at least 17 countries. Stop the arrivals in Italy from Bangladesh as well as from India
• In the province of Cuneo, three bandits tried to rob a jewelry shop, but the owner had a gun. Two are dead, a third, injured, is on the run
• The position of Ciro Grillo and the other suspects worsened. In the documents of the investigation "slaps on the back and buttocks of the girl"
• Marco Cappato and Mina Welby were acquitted for the assisted suicide of Davide Trentini
• Two boys were sentenced to three years in prison in the second appeal process on the death of Martina Rossi, who fell from a balcony in Palma de Mallorca in August 2011
• The street vendors block the Rome ring road to protest against the non-extension of the licenses. The policemen take off their helmets as a sign of solidarity
• In America, the biography of Philip Roth has been withdrawn from the market, the author is accused of harassment
• Northern Ireland's Prime Minister, Unionist Arlene Foster, resigns. She is accused by her party of not doing enough against the Brexit deal that splits the UK
• Andrea Agnelli was denied on the Suárez case. In the minutes of the investigation, he said that he did all the ds Paratici, in reality he was informed of the story
• The Formula 1 Canadian Grand Prix of 13 June canceled due to Covid. He will be replaced by the Turkish GP
• Champions, Psg 1-2 Manchester City
• Sandra Milo wins the David di Donatello for Lifetime Achievement
• Michael Collins, the astronaut who drove Apollo 90 but did not set foot on the moon, has died at age 11

For the first time since 1949, the Chinese population is decreasing [Santevecchi, CdS].