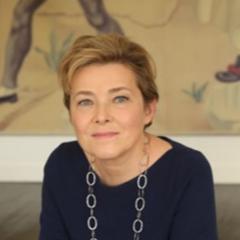 Elena Abdomen
Elena Addomine, who grew up in Milan and was adopted by New York in the 90s, worked in IT management consulting activities for large companies for a couple of decades and then moved on to coaching for leadership development, which she now works full time. Alongside the pleasure of work, he combines a deep passion for literature and poetry, and since 2020 he has been president of Oplepo, with which he has published many writings including "Forme for me, homographic translations." Very committed to New York city volunteer work, she actively participates in various causes, from supporting artists who live in unprivileged sections of the city, to the care and conservation of the Harlem neighborhood, where she lives with her husband. Amateur pianist, she is the mother of two adult children and the adoptive mother of two cats and a parrot whose life seems to be eternal.
April 17 2021
Letter fromLetter from New YorkNetwork

Spring has finally arrived in New York: Central Park enchants with its pastel colors, soft and delicate, and in the meadows, forsythia and cherry trees bloom, welcoming a crowd that can enjoy the warmth of April and the proximity (six feet away, for heaven's sake!) of other humans even if strictly "masked".
This long-awaited feeling of freedom is palpable and contagious.
The flowers open and the city reopens: the pandemic restrictions slowly soften and the new “normal” begins to take shape.

The cinemas that survived the economic crisis offer films that are largely already enjoyable from home, but for audiences who love the thrill of the big screen and disproportionate boxes of popcorn, the proposals are still attractive. Yankee Stadium celebrates the first baseball game open to fans for the first time in more than a year, and the subways are filled with fans in their signature blue-striped shirts. Restaurants welcome customers no longer only in the outdoor areas, built by eating away pieces of pavement or parking spaces, but now also, timidly, in the internal rooms. Primary schools welcome children and teachers back after a period of forced digitization whose social consequences we will understand only in a few years. The dark windows of the Upper West and East Side buildings, emptied of wealthy New Yorkers who had moved into second homes in Connecticut or upstate, now light up at night.

Even the shops have resumed their comings and goings of customers tired of Amazon or virtual shop windows, finally able to touch merchandise and credit card. And the beautiful New York traffic has resumed in all its delirium: perhaps fewer yellow cabs and more
Uber or Lyft, but the city has definitely throbbed again.
It is an extraordinary contrast with the apocalyptic city of last June; in the midst of the pandemic and the protests of the social justice movements, New York had suddenly stopped, showing itself dystopian and disturbing: streets empty of cars and humans, empty offices, closed subways, graffiti on the endless plywood boards used to bar the shops in the city.
Many have thought of leaving, of leaving this place which, no longer open, cordial and inviting (a mythical destination for us immigrants), was now threatening, sinister, barred.