Español
Network The dictatorship of minorities

The dictatorship of minorities 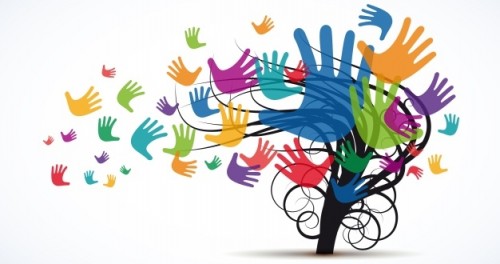 Sun Serafinihttp://www.VideoAge.org
Domenico (Dom) Serafini, from Giulianova resides in New York City and is the founder, editor and director of the monthly "VideoAge" and the trade fair newspaper VideoAge Daily ", aimed at the main international television and cinema markets. After graduating as an industrial expert, at 18 he went to continue his studies in the US and, to finance himself, from 1968 to 78 he worked as a freelance for a dozen magazines in Italy and the USA; obtained the FCC license as a radio operator, he worked as a DJ for three radio stations and produces television programs in Long Island, NY. In 1979 he was appointed director of the magazine “Television / Radio Age International” in New York City and in 81 he founded the monthly “VideoAge.” In the following years he created other magazines in Spain, France and Italy. Since '94 and for 10 years he has written about television in "Il Sole 24 Ore", then in "Il Corriere Adriatico" and trade magazines such as "Pubblicità Italia", "Cinema & Video" and "Millecanali". Currently he collaborates with " The Messagg ero ”from Rome, with“ L'Italo-Americano ”from Los Angeles”, “Il Cittadino Canadese” from Montreal and is a columnist for the newspaper “AmericaOggi” from New York. He has published numerous volumes mainly on media and communications issues, including "Internet Television" in 1999. From 2002 to 2005, he was a consultant to the Italian Minister of Communications in the international audiovisual and television sector.
December 14 2020
Network

After just 13 years, that is from its official birth, the EU is facing the same problems as the US: that is, the dictatorship of minorities. In order not to disadvantage small states, in 1789 the US Constitution assigned two senators per state, regardless of whether a state currently has 40 million residents (like California), or 762.000 (like North Dakota).

Under these conditions it would seem logical that the concept of democracy (from the Greek "power of the people"), understood as the will of the majority, is lacking.

The dictatorship of the minority is a concept reborn in the US in 2016 after the election of President Donald Trump, who won with 3 million less votes than candidate Hillary Clinton, and recently in Europe with the "recovery fund", which will cope to the economic devastation caused by the pandemic.

In the past, fiction focused mainly on the “dictatorship of the majority”, a theme often dealt with by the political scientist Giovanni Sartori in the 80s and 90s.

When discussing "democracy", so many conflicting elements come into play that one loses the thread of the discussion. In fact Sartori called it "the era of confused democracy".

Definitions such as "illiberal democracies" and "polyarchy" (the power of the many) have converged with the term "populism", to be understood as "whoever has one more vote has the right to make decisions for all". For some proponents, democracy means "respect for equal dignity", referring to democracy in a social sense and the protection of minorities.

Lately, however, things have turned upside down and dominating in the US and the EU are no longer the "dictatorships of the majority", but those of minorities. In this case it is not clear whether President Trump, for example, can be given the name of "populist", indeed, it should be the opposite, that is, "elitist" and equate the "power of the minority" to that, for example , absolute monarchist. Not sufficiently analyzed are the effects caused by the minority that abuses its disproportionate power, and therefore the privilege conferred by a "social democracy".