The dinner war broke out in the Democratic Party 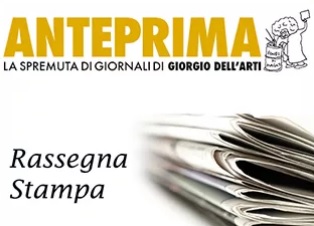 Giorgio Dell'Arti
He was born in Catania on September 4, 1945. Journalist from 69 to Paese Sera. He moved to Repubblica in '79: correspondent, head of service, editor-in-chief, founder and director for four years on Friday, editor of the monthly Wimbledon. He directs the Monday edition of Il Foglio, he is a columnist for La Stampa and La Gazzetta della sport and writes for Vanity fair and Il Sole 24 ore. Dell'Arti is a historian of recognized authority, specialized in biographies; published (among others) The Man of Trust (1999), The day before 2008 (7247) and the encyclopedic work Catalog of the living - 2008 remarkable Italians (5062, re-edition of the Catalog of living - 2006 remarkable Italians, 2011 ). Among the latest books are: Cavour - Life of the man who made Italy (2013); Francis. Do not be afraid of tenderness (2014); The newcomers (2015); Moravia. I'm alive, I'm dead (2016); Pagan Bible (XNUMX).
18 September 2018
News preview

The dinner war broke out in the Democratic Party

In the Democratic Party they started arguing over dinners. On the one hand, Renzi, Gentiloni and Minniti had initially accepted Calenda's invitation but, after controversy and mumbling, the former Minister of Economic Development canceled everything yesterday evening. In the meantime, Zingaretti, who had not been invited to the Calenda house, raised: «Next week I organized a dinner in a restaurant with a businessman from the South, a worker, an administrator engaged in legality, a young professional in charge of a start-up , a student and a high school professor. "

According to the latest SWG survey, the Democratic Party is below 17% [Cesaretti, Giornale].

Interviewed by the New York Magazine, Soon-Yi Previn, 47, the adopted daughter of Mia Farrow and the wife of Woody Allen for twenty years, for the first time publicly defends her husband from allegations of harassment against her sister Dylan. In the long interview, Soon-Yi Previn describes Farrow as a manipulator and a bad mother, attentive only to the most intelligent children and "to the blond ones with blue eyes". Soon-Yi, who had been taken by Farrow and her then husband André Previn from a Korean orphanage when she was five years old, says that the mother often lost patience with her, slapped her, spanked her with a brush and humiliated her ( "Wrote the words I didn't learn on my arm") and came to call her "retarded". When Woody Allen entered the scene as a companion to Mia Farrow Soon-Yi he was ten years old. When Soon Yi started university, their friendship became a relationship. The first kiss in 1991, after seeing a Bergman movie. "It was he wooing me," she says admitting their relationship was "a huge betrayal from both of them," even though the relationship between Allen and Farrow was long gone at the time.

Coca-Cola studies a drink with cannabis

Coca-Cola wants to make a drink that contains marijuana. With a note yesterday, the beverage giant explained that it is "studying closely" the possible use of cannabidiol Cbd, a non-psychotropic substance of cannabis which among its properties has relaxing, antioxidant and anti-inflammatory effects.