Español
Uncomfortable diary The free man respects the ideas of anyone, as long as they are expressed without conditioning ...

The free man respects the ideas of anyone, as long as they are expressed without the conditioning of others 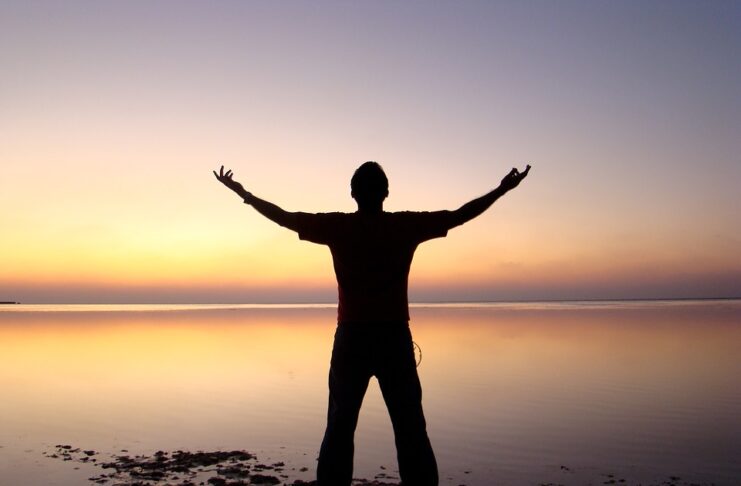 Roberto Tumbarello
Roberto Tumbarello, professional journalist, graduated in Law, has three children and six grandchildren. Medal "pro merit" of the Council of Europe, of which he has been spokesman in Italy for many years, is expert in Communication and Human Rights. He was editor and special envoy of several large circulation newspapers and periodicals. He ended his career as editor of the "Giornale di Napoli". Among his latest successful publications: "Was Jesus Right or Left?" (Sapere 2000, 2009), "Save yourself who can" (Edizioni Radici, 2012), "Either the bag or the life" (Armando, 2014), "Journey through life" (Armando 2017), currently in the bookstore.
May 17, 2019
Uncomfortable diary

With this article we inaugurate a new section: “Uncomfortable diary", Thanks to the collaboration with Roberto Tumbarello, journalist and writer.

Borrowing his words, this section: “It can sometimes appear right-wing or left-wing or populist, but it has no coloring, nor does it seek consensus. It only wants to induce the reader to reflect, as all free men should do. What I propose are reflections addressed above all to intellectuals, artists, professionals, the productive class and probe people to reflect on their role as guide of the society to which they have abdicated. Who out of ambition or longing for money, who simply out of indolence or because ill-advised, have all joined the mass of beggars who support power and beg for its crumbs. We have been going from bad to worse since the middle class has dissolved, leaving the country without example or culture, and not even conscience. The bourgeoisie must regain the prerogatives that are natural to it to restore dignity and rights to poor people".

Who knows if Greta is really manipulated, as many doubt. Nothing can be genuine and authentic to this world. Behind her there are certainly the usual strong powers, secret masonry, the Jewish Christian lobbies that decide the fate of politics and economics. Always accused of maneuvering against the interests of the people, this time they were perhaps wrong, given that the crusade is for the good of humanity. Whatever happened, the charisma of this Swedish girl is out of the question, who, albeit on behalf of third parties, draws millions of young people from all over Europe against pollution.

Although coming from the deep south, the future of the country depends on the teachers

It starts with a slap - those who are said to have never hurt anyone - and ends up strangling the son who annoys by crying or killing the wife who left him. Spanking is also violent for a child. It therefore grows with the conviction that rights are obtained only by force. What is happening shows that we no longer know how to control our impulses. To start living again as human beings, we need a strong introduction of culture. Perhaps educators should be better paid to demand greater competence and responsibility.

Their messages survive, but it is often the heirs who do not receive them

“Why don't we have a child together, Master? - proposed a famous and attractive actress to Einstein - He will have his intelligence and my beauty ". The worried scientist replied. "What if, instead, he had my ugliness and his stupidity?" Children do not always inherit the genius of their parents. In fact, sometimes they are the opposite. There are many examples that prove it. Recently the turnout of candidates for Big Brother, who exploit the name of the parents, without respect for their moral heritage. More than the gene, it has to do with the wrong education or the negligence of not giving it to him.

To be too partisan, Italy has wasted the anniversary that made us free men

In the resistance there were not only communists, but also liberals and Catholics. And many Italians without political color. They wanted to get rid of the dictatorship. But, who knows why, the national holiday is not for everyone. The left has taken possession of it believing that it has the exclusive right. So much to challenge Letizia Moratti who pushed the wheelchair of his father, partisan in the brigade of Edgardo Sogno. Yet there was no one who had more rights than he. Taken prisoner by the Nazis, he ended up in Dachau. This is perhaps why the nostalgic people contest April 25, the day when democracy and freedom are celebrated, which everyone enjoys today.

What if we let them do it without noticing or giving it importance?

Honor to Mussolini, defeated 74 years ago! Someone shouts at the scandal. What harm do they do? Everyone has the right to think of it as he wishes. The important thing is to respect the law. If not, what democracy is it? Nobody fears the restoration of Caesar's empire because someone earns a living by dressing up as a centurion. If the Duce were born today, he would not join forces with the Nazis to attack Europe or make racial laws. He would not even be sovereign because it is no longer the era. On the other hand, he would be very disappointed to find that those who regret it have fallen behind, while society has evolved.

Negligent mayors with the bourgeoisie that begs for privileges

Radical-chic - it's a qualification, not an insult - everywhere complain of carelessness and bad governance for a little dirt on the streets of their sweet life. Certainly a drama for those who live in the historic center at the expense of the community. Luckily the census does not condemn them to live in the suburbs, where garbage outside the bins is the least inconvenience. But to them - whether they are left or right or populists - of those who are also forgotten by Providence, it doesn't matter. Again they got off the sinking ship and jumped on the winner's cart. They are purebred mice.

They had excluded African athletes from the marathon with the excuse of not exploiting them. In fact, they know that they will all rank first. Those are much stronger. Then they were ashamed. But they were not entirely wrong. The races must be held on an equal footing. Starting with such an advantage is against the ethics of sport. There is no competitive spirit. The futuristic decision, in fact, also put the turmoil in the Juventus club, which has no opponents in football. The championship, in fact, no longer arouses interest, unless now the FIGC does not put Juve out of competition, like the negroes in Trieste.