Español
Network The funeral is now in cybercielo

The funeral is now in cybercielo 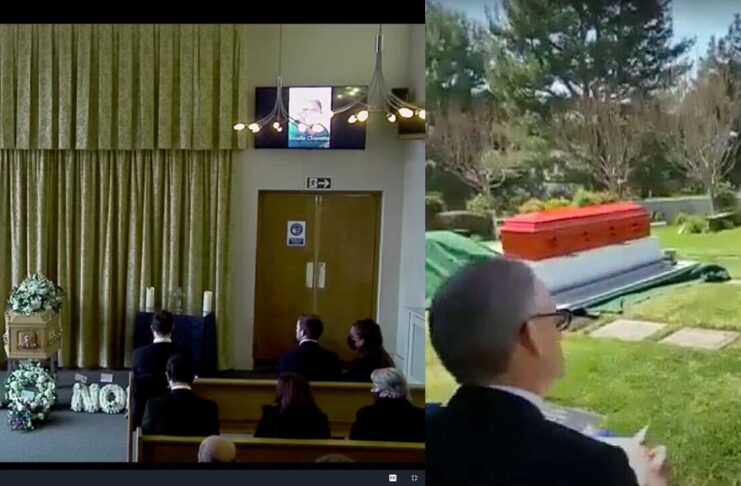 Sun Serafinihttp://www.VideoAge.org
Domenico (Dom) Serafini, from Giulianova resides in New York City and is the founder, editor and director of the monthly "VideoAge" and the trade fair newspaper VideoAge Daily ", aimed at the main international television and cinema markets. After graduating as an industrial expert, at 18 he went to continue his studies in the US and, to finance himself, from 1968 to 78 he worked as a freelance for a dozen magazines in Italy and the USA; obtained the FCC license as a radio operator, he worked as a DJ for three radio stations and produces television programs in Long Island, NY. In 1979 he was appointed director of the magazine “Television / Radio Age International” in New York City and in 81 he founded the monthly “VideoAge.” In the following years he created other magazines in Spain, France and Italy. Since '94 and for 10 years he has written about television in "Il Sole 24 Ore", then in "Il Corriere Adriatico" and trade magazines such as "Pubblicità Italia", "Cinema & Video" and "Millecanali". Currently he collaborates with " The Messagg ero ”from Rome, with“ L'Italo-Americano ”from Los Angeles”, “Il Cittadino Canadese” from Montreal and is a columnist for the newspaper “AmericaOggi” from New York. He has published numerous volumes mainly on media and communications issues, including "Internet Television" in 1999. From 2002 to 2005, he was a consultant to the Italian Minister of Communications in the international audiovisual and television sector.
April 8 2021
Network

My first virtual funeral via Zoom was my uncle's in England. The second, that of an acquaintance with whom I worked for years in California. The first a Catholic function, the second a Jewish one.

During the pandemic, traveling, in my case from New York City to Loughborough in Great Britain or Los Angeles, would have been impossible, albeit a duty. And here is that the connections via the Internet have proved to be ideal even if the time differences are not always ideal: in fact between New York and England there are 5 hours of time zone (forward), and therefore the morning functions are problematic, while for Los Angeles, with three hours of time back, there are problems for the evening.

In the first case, it was the funeral of my uncle Emidio Chiavetta, husband of my paternal aunt Lea Serafini, last February 4th. Emidio was a former sailor from Giulianova who emigrated to England in the 60s when their two children were children, and he had a fantastic sense of humor, paired with that of his wife. Typical gag (comic): “How's your pasta with clams? Good, but the shells are a little hard to chew! "

The second Zoom funeral took place on April 5 in Los Angeles for Owen Simon, a respected PR agent for Group W Productions (a Westinghhouse company that later moved to CBS), one of the leading Hollywood production and distribution companies of the past that had , among other things, launched the famous Ninja Turtles, whose characters were called Leonardo, Donatello, Raphael and Michelangelo. As his son pointed out in his speech at the ceremony, Owen loved the cinema when accompanied by a bag of popcorn!

The funeral home companies in association with specialized companies take care of organizing the funeral via Zoom. The cost for the connection in England is 30 euros for 150 people (£ 25), in the US it varies from 70 to 250 euros ($ 85- $ 300) for 100 people. In any case it is important to connect in advance as the cost is based on the number of virtual participants, the connection is limited.

The relatives send the credentials for the connection (with login and password) to relatives and friends who are far away, then it is possible that these pass the information to other people and therefore if the limit is reached, those who arrive later are denied the access (with an automatic extra payment this problem is avoided).

In the US, the concept of the virtual funeral (or Funeral Online) began in 2008, well before the pandemic and there were 126 companies offering it. In 2020 they became 1.053.