Español
Recommended The future does not wait: young and poor pay the highest price ...

The future does not wait: young and poor pay the highest price of the crisis 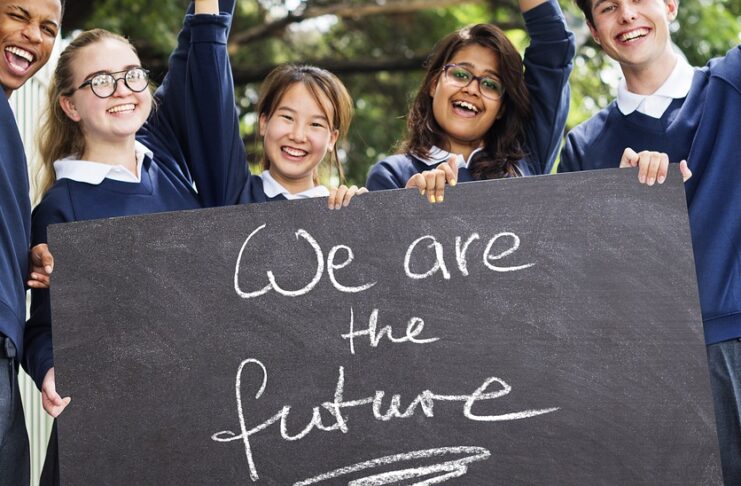 The future belongs to young people, but it does not wait, it is already here. A heavy future awaits them, represented by the weight of the public debt which continues to grow. In January it exceeded 2.600 billion euros (exactly 2.603,1289) with a tendency to rise in the coming months, as other measures to support the economy and the most disadvantaged categories are approved due to the pandemic that has been raging for a year. and it still goes on, until the vaccines have defeated it.

Meanwhile, the Italian debt has exceeded the national product (GDP) by one and a half times, reaching around 160%. A level that has no equal within the European Union, which for now has suspended the obligation to return for the member countries. But be careful, the suspension is temporary and, once the European system has come out of the pandemic storm, the obligation will return.

The International Monetary Fund (IMF) has recently argued that the Italian debt is sustainable by the national system, the fact remains that, in a time to come, a substantial scissoring will be indispensable. How and when, all to be defined. In the meantime, due to the better climate that has been determined with the new government, the cost of debt for interest on government bonds has dropped sharply, the so-called spread it stood below 100 points (compared to German bonds) and could go down further if Italian politics is able to give the expected positive responses on the international financial markets.

A given objective is the following, the more the debt grows, the more it will fall on the shoulders of the new generations, represented by young people of school age today and by those who will be born in the coming years or decades. The birth curve, already falling, places an increase in the burden on today's children when they enter the world of work.

A rough calculation (based on 55-60 million residents) leads us to say that each citizen of the future, let's admit from 2040-2050 onwards, will theoretically have to bear a load of 45 - 50.000 euros of debt. The legacy we leave to children and grandchildren is heavy.

This is an impressive transfer of resources, on which we must begin to reflect immediately. While there is no need to advance imaginative recipes, it is at least appropriate to draw the attention of ourselves and of the government that leads the country.

The prime minister himself, Mario Draghi, at the Rimini meeting last year, observed that depriving young people of the future is “one of the most serious inequality ". And more recently, when he was not yet at Palazzo Chigi, he invited us to distinguish between "good debt and bad debt ", where as bad you can imagine the flow of streams that go at useless expenses and to dead end welfare, and as good as it concerns productive and social investments.

After years of nonsense and the "defeat of poverty", finally, a leader who does not use blinders and is able to look far ahead has arrived at the helm of the country, having a clear goal:  overcome the generational gap, remaining strongly anchored to Europe, from which a flow of resources is coming such as has never been seen since the Marshall Plan at the end of the 40s of the last century.

It is accompanied by the Next Generation UE, which will flank the Recovery Plan (the one that has around 200 billion euros for Italy). It will have a particular impact on the reality of young people, putting in place a package of 1.824 billion euros destined to revive the economy through investments in the green economy (037%) and in the digital economy (21%).

The substantial point concerns the need to present national plans and projects by 30 April, specifying the objectives to be achieved and estimated costs, an opportune halter for an army of actors dedicated to financing village fairs. The plan provides for the disbursement of grants (for 390 billion euros) and long-term loans, to be repaid by 2058, for 360 billion.

The hope hinges on the need for Italian goals to focus on young people and their future, to help remedy the exceptional generational gap  existing, pursuing concrete objectives and out of vain rhetoric.

Among the severe forms of inequality it is Italian characteristic the endemic one of the South.

The confirmation comes from Eurostat (the EU Statistics Office) which published the tables on the Union's poverty indices based on data for 2019, therefore before the covid. In at-risk-of-poverty ranking  Italy wins the first two places on the podium, with the Sicily, where already 41,4% of the population was at risk of poverty, and the Campania with 41,2%. In the first twenty places we also find the Calabria (30,9%), Puglia (30,4), the Basilicata (27,1) and the Molise (26,5).

A podium and a ranking consolidated over time, for over ten years. But things are worse when you take into account the social exclusion, which includes people belonging to families without work and with problems material deprivation.

For employment, a positive signal came from the decision of deduction for the South:  the subsidy concerns employees, starting from 1 January last, with the exclusion of the agricultural sector and domestic work, and is equal to 30% of the monthly contributions due up to the end of 2025, to 20% for the years 2026 2027, 10% for the years 2028 and 2029. With a collateral and robust effort from the banking and financial sector entrepreneurial and employment start  it could and should work.

Returning to poverty problem, the year of covid 19 saw a sharp increase, with 1.000.000 more poor people compared to the previous year. Added to the poor from before,  the figure rises to 5,6 million  of individuals, almost a tenth (9,4%) of the Italian population.

On the merits it is recorded a new phenomenon, in the sense that to swell the ranks of the poor have arrived people, who have lost a precarious job or in the service sector, mostly residents in the North and in metropolitan or neighboring areas. Il South, so to speak, held up better due to the wider use of Basic income.

Nationally, during 2020, many families have fallen into absolute poverty (from 18,7% in the previous year to 20,3 in the past year). The absolute poverty index is calculated in relation to household spending with respect to a minimum amount for purchases of goods and services. But, that single point and a half more hides a dramatic reality: families have had to deprive themselves of consuming so many different genres to focus on food and home. At the national level, the expenditure for the purchase of food and the cost of housing rose to 58,4% (from 53,1 the year before); for families in absolute poverty, food and housing now cover 77,1 per cent of total expenditure.

After a year, the pandemic and the production stoppage present the bill in economic and social terms. Paraphrasing Hemingway, the bell rings high and loud for young and poor (old and new).