The League begins the climb to the city of Rome 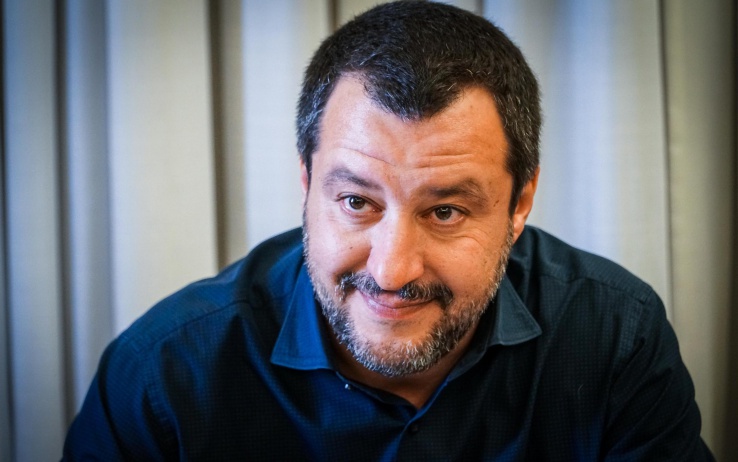 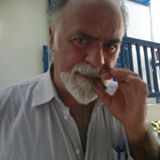 Glauco Benigni
Glauco Benigni, Sociology graduate, journalist-writer. 20 years as a correspondent and media editor at the newspaper La Repubblica, then 15 years in Rai, where he was responsible for relations with the Foreign Press and for the Promotion of Rai International. Author-conductor of TV programs and consultant for large companies (Eutelsat, Rai Trade, Sipra, Fininvest). He teaches Global Communication. He has traveled around the world several times. Google provides 18.000 documents that concern him directly. It manages 2 Youtube channels, a Blog and 2 Facebook pages. Among his books: Re Media, Apocalypse Murdoch, Youtube-The story, The Pope's Guardian Angels (translated into several languages) and the Web Nostrum quadrilogy.
November 30, 2019
News previewRecommended

"Who would have thought a few years ago that you would have come here - Matteo Salvini from Palco will say to the Romans - to hear from me that I want to save the capital from the Virginia Raggi council?"

In fact, this rhetorical question summarizes the whole sense of what happened Thursday 28.11 at the Teatro Italia, in via Bari (Rome).

The appointment with the citizens of Rome was at 18:00. From 16:00, the area between Piazza Bologna, Piazza delle Provincie and the University awoke from its usual torpor and began to crowd with singles, couples and groups with flags and banners that were heading towards the entrance of the Theater. All around the police and carabinieri lined up in good order and in great tranquility dabbed a few dozen protesters of the pro casa committee. RAI technical vehicles from great occasions were stationed in the back ... impossible car parks, derby style at the Olympic Stadium.

In short, gathering with high goals: the League begins the climb to the city and also to the Region.

At 17:00 the entrance is an anthill, here and there banquets collect signatures for the "expulsion of the Rays" and release the new membership cards for the Party. The audience - between 800 and 1000 people - is already fully occupied and divided into sectors diligently guarded by an unlikely number of security personnel who protect access to the Parliamentary area. "We expect the participation of about fifteen representatives of the House and Senate" - they say to the Press Office, but the information is "confidential". I wonder why. La Stampa is directed to the upper floor, a balcony also crowded with national TV stations and twenty independent TV operators. Here and there colleagues from the written press with their lap tops on their knees. However, it is a classic "political show" event: lights, music, short speeches, web livestreaming and lots of TV footage.

For an hour or so, he's busy, cheered by "Italian music only": Battisti, Dalla, Nannini, Vasco Rossi.

At 18:00 the stalls suddenly sway, in the side corridors we push ourselves a little, on the upper floors we lean out dangerously from the balconies: “Here he is… he's entered… it's him!”. Salvini enters through a side door and has just returned from a dramatic press conference on the MES in which he threatened to denounce Premier Conte. He briefly greets and sits in the front row.

From that moment on, a dozen interventions on the theme "Rome returns to the capital" began to alternate, interspersed with promotional video clips whose dominant image is the image of a mass of waste awaiting collection. The Hon. Claudio Durigon (aspiring to the chair of President of the Region?) Who cites Sant'Agostino ("disdain and courage") and harshly attacks Virginia Raggi and Nicola Zingaretti. Rumors arrive: outside the theater many have not had the opportunity to enter and press on the doors. You are invited to follow the event from Salvini's well-known Facebook page.

Followed by Giulia Buongiorno (aspiring Mayor), former Minister of the PA, who tells us that it takes 4 months to make the electronic identity card in Rome. And thunders: "cleanliness, rules, rigor" receiving applause. Lots of applause.

Until 19:00, the following on the stage: the Northern League Councilor at the Capitol Maurizio Politi, the Hon. Sara De Angelis, the Mayor of Civitavecchia Ernesto Tedesco, the Hon. Barbara Saltamartini (also an aspiring Mayor?), The Coordinator of the Youth League in Lazio Marco Pietraterra.

Then it is the turn of another star arriving directly from Strasbourg: Antonio Maria Rinaldi, Roman MEP doc .: "Sovereignty belongs to the people" - reminds those present. “Let's take Rome back. This city is ours ”. The audience rejoices.

With the Hon. Francesco Zicchieri ends the list of speeches.

Each of them, for their own skills, has informed us about the great strategic and crucial issues that the Giunta Raggi has not been able to address and resolve: safety, public health, administrative numbness, transport, school and obviously waste collection, that is the mega business of “Garbage” and waste-to-energy plants.

The moment of the Captain has arrived. He takes off his jacket, goes on stage, starts "No sleep - I will win at dawn" ". The ovation skyrockets ... and Matteo resumes his discussion starting from the "waste plan". It tells how the enhancers of Vienna and Copenhagen thrive thanks to the money of the Romans who export their waste to those cities. Salvini wants a "normal city", wants to redesign the powers of the Municipalities and praises Autonomy. How do you do it? "Don't worry ... by spring we will go to vote in Rome, Lazio and Italy". And ... it fell off or the theater.

The conclusion is admirable: of the 800 present, about 300 line up in the central aisle of the theater and patiently get ready, first one at a time and then in small groups, to get on stage where Matteo Salvini awaits them, "heroically exhausted" agrees to do Selfies with everyone. Ladies close to tears and gentlemen with satisfied faces, at that point, go out through the back security door. They take home the photo taken with the Captain. They're happy. They trust him.