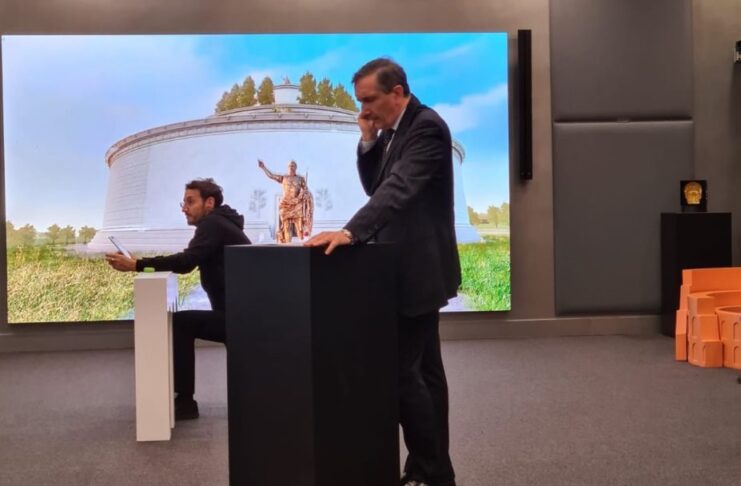 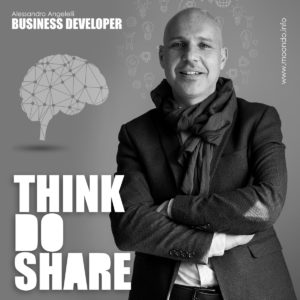 Alessandro Angelelli
Graduated in Business Administration, he gained experience in the field of digital marketing in a multinational large-scale retail trade. In 2000 he embarked on the path of business consulting. Founder of CuDriEc and publisher of Moondo. Journalist and President of AssoBlogger. #thinkdoshare
April 28 2021
Recommended

Il Mausoleum of Augustus it is the largest circular sepulcher of the ancient world, with a diameter of almost 90 meters and a maximum preserved height of 17 meters (which is assumed to have reached 45 meters in the original layout). The monument is located near the bank of the Tiber, built by the will of Augustus himself starting from 28 BC, with the intention that it could be visible from most of the city.

The Mausoleum has carried out its "function" for about 3 centuries, from the third century onwards. AD, in fact, its intended use changes: fort of the Colonna family, quarry of marble and precious materials for new constructions, monumental garden, inn, arena for bullfights and pyrotechnic representations, up to prose theater and Auditorium at the beginning of the twentieth century .

At the behest of Mussolini, the Auditorium and other medieval and Renaissance buildings built around the monument were demolished with the intention of restoring the area to its most ancient conformation. After the war, the entire square loses all its aura, becoming a busy hub in the city center with no enhancement.

The Mausoleum has been closed since 2007 due to the start of the archaeological investigations preliminary to the realization of the large recovery and restoration project carried out by Roma Capitale. After the first phase of conservative restoration completed in 2019 (carried out through a public funding of 4.275.000 euros, of which 2 million paid by Mibact and 2.275.000 by Roma Capitale), the enhancement phase of the monument followed thanks to the allocation provided. from TIM Foundation.

A donation of 6 million euros for the recovery of the Mausoleum and an understanding of enhancement and multimedia for further 2 million euro have allowed the return of a unique heritage in the world, implemented by a museum of the site in the name of involvement and innovation.

From 1 March 2021 the Mausoleum of Augustus has reopened to the public in all its splendor. Salvatore Rossi, President of the TIM Foundation, commented: "We are proud to have worked together with Roma Capitale for the recovery of one of the most important places in world archeology. Fondazione TIM immediately joined the restoration and enhancement project of the Mausoleum of Augustus, committing a total of 8 million euros, to revive what we think will be one of the most visited sites in the world. It is important that private patrons also collaborate to preserve and promote the country's historical and cultural heritage; is one of the objectives of the TIM Foundation. We are doing this by making available not only money but also technology: we will give citizens and tourists the opportunity to experience an innovative multimedia experience, which will make visiting the Mausoleum even more fascinating and spectacular.".

And finally the multimedia experience is ready, the last tests are being carried out before making the archaeological site accessible remotely, thanks to virtual reality. In search of excellence, to offer online visitors a memorable virtual tour, the Foundation asked one of the greatest international experts on the subject for an opinion, Mark Zuckerberg, founder of the social network Facebook and creator of the Oculus (all-in-one VR system).

"In connection with Menlo Park, Zuckerberg with his Oculus has experienced, with the guidance of the CEO of TIM Luigi Gubitosi and the President Salvatore Rossi, the virtual experience of walking" physically "in the Mausoleum of the various eras on the eve of Christmas Rome ”, tells TIM with a post on his Facebook page, also publishing the video of Zuckerberg's“ visit ”. Luca Josi, TIM's Head of Brand Strategy, Media & Multimedia Entertainment and creator of the project, accompanied him on this exceptional visit, together with Luca Colombo, Country Director of Facebook Italy. A few more weeks of testing and this journey can be shared by the whole world.

It is a work that has been appreciated internationally and for which the Tima Foundation has won numerous awards, such as the Corporate Art Awards (for supporting the recovery of the Mausoleum of Augustus), the Site of the day (for the mausoleodiaugusto.it site) the Favorite Website Award, the CSS Design Awards and the Webby Awards.

Undoubtedly an operation which is applauded by Roman citizens and beyond, which shows, once again, the ability of Josi (Head of Brand Strategy, Media & Multimedia Entertainment of TIM) in linking branding operations (TIM, together with Rome Capital and Facebook), with initiatives aimed at conveying the Italian cultural heritage around the world in an innovative way, using the tools offered by ICT. Really well done!