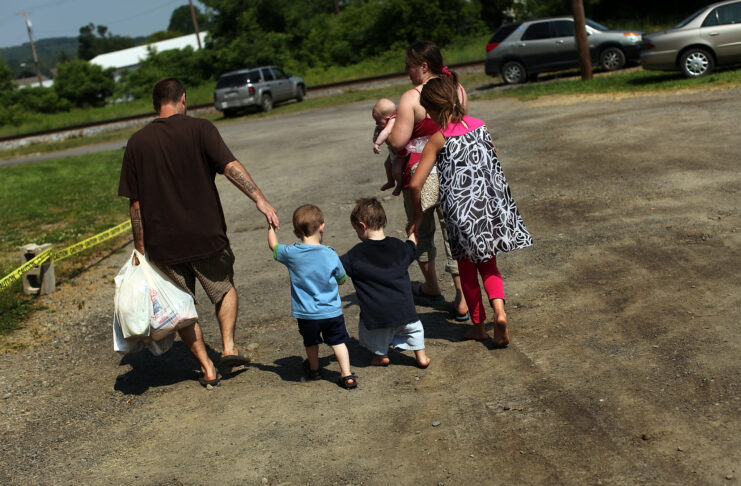 -      A summer of need. Great photograph of a little girl celebrating her birthday sitting on a kitchen table. The caption: Millions of people driving pickup trucks and even luxury cars have queued at food pantries due to job losses caused by the epidemic. In conversations, families have talked about gratitude and shame, and how it feels not to choose what you eat.  Four full pages follow, entitled " America's New Needs ", of photographs, stories and numbers, including: 30 million the number of Americans who declared in July that they did not have enough to eat; 585 million the number of meals distributed in July by Feeding America, the body that controls the largest number of food banks; 54 million is the number of Americans who may be unsure of having food before the end of the year.

- G.The United States prepares anti-trust lawsuit against Google. The minister of justice, Barr, ignores the advice of lawyers to take it easy and wants to sue Alphabet (the company that controls Google and YouTube) before the end of September.

-      Rochester, NYPD suspends cops for death of black man with five months inexplicable delay. The man was prowling the streets at night, naked, shouting he had coronavirus and spitting around. The policemen first put a hood on him, then threw him on the ground and crushed his neck with his knee for two minutes. He died shortly after in the hospital. The incident received no public attention until yesterday, when the family obtained and made public the police videos. Rochester has thus become the latest in an unfortunately long series of cities overwhelmed by police brutality.

-      Decades of success wiped out in Latin America. The epidemic forces a generation to put their studies on hold. Over the past twenty years, millions of Latin Americans have become the first of their families to go to college, creating the hope that a generation will be pushed to high professional levels. But with the epidemic ravaging economies, an alarming reversal is underway: millions of university students are leaving their studies.

-      Trump's favorite tactic: spread distrust.  For decades Trump has spread mistrust in everything he touched: from the Indians when he opposed them being allowed to open casinos at Barack Obama's birthplace, from the secret services to the investigation into Russia which he calls 'a hoax' , his goal is always to weaken the opposition by spreading false news without any foundation. The last was to give credit to a theory according to which the deaths from covid in America were 9.000, not 185.000. And the next one, we fear, will be to say that the elections have been rigged.

-      Biden declares himself an ally of the demonstrators. In clear contrast to Trump, Biden in Kenosha spent an hour with Blake's family and rejected Trump's divisive approach to the racial problem, offering a vision centered on national unity. And by supporting the legitimacy of public protests such as peaceful marches.

-      Doubts about the timing of the vaccine. The White House chief of vaccine councilors said it is very unlikely that a vaccine will be ready before the election.

-      Outraged and disengaged. Many black Kenosha residents are not convinced that simply going to vote can solve the system's problems.

-      "It is illegal to vote twice": election officials reject Trump, who in a speech Wednesday encouraged North Carolina residents to try to vote multiple times.

-      Restarting the circuits. California turns to batteries when electricity demand exceeds availability, during a heat wave.