Español
Recommended The pros and cons of an announced disaster: the Oscars

The pros and cons of an announced disaster: the Oscars 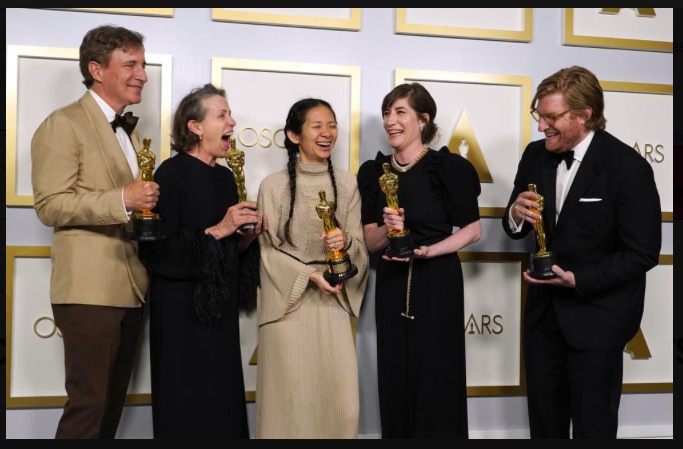 Sun Serafinihttp://www.VideoAge.org
Domenico (Dom) Serafini, from Giulianova resides in New York City and is the founder, editor and director of the monthly "VideoAge" and the trade fair newspaper VideoAge Daily ", aimed at the main international television and cinema markets. After graduating as an industrial expert, at 18 he went to continue his studies in the US and, to finance himself, from 1968 to 78 he worked as a freelance for a dozen magazines in Italy and the USA; obtained the FCC license as a radio operator, he worked as a DJ for three radio stations and produces television programs in Long Island, NY. In 1979 he was appointed director of the magazine “Television / Radio Age International” in New York City and in 81 he founded the monthly “VideoAge.” In the following years he created other magazines in Spain, France and Italy. Since '94 and for 10 years he has written about television in "Il Sole 24 Ore", then in "Il Corriere Adriatico" and trade magazines such as "Pubblicità Italia", "Cinema & Video" and "Millecanali". Currently he collaborates with " The Messagg ero ”from Rome, with“ L'Italo-Americano ”from Los Angeles”, “Il Cittadino Canadese” from Montreal and is a columnist for the newspaper “AmericaOggi” from New York. He has published numerous volumes mainly on media and communications issues, including "Internet Television" in 1999. From 2002 to 2005, he was a consultant to the Italian Minister of Communications in the international audiovisual and television sector.
April 29 2021
Recommended

The four-pronged failure of the 93rd Academy Awards was inevitable despite the Hollywood event taking place live: the first major Hollywood event with a (albeit limited) audience during the pandemic. The first failure resulted from the choice of films and here it is interesting to report the comment of Bill Maher, the rather radical comedian who presents the weekly program "Real Time" on the HBO TV network: "After more than a year of pandemic I hoped that Hollywood would offer us a bit of fun [the word used was “escapism” or escape from reality], instead judging by the nominated films, the viewers would not have had a worse experience if there had been a sniper in the room ”. This is in reference to the depressing themes of the competing films. The justification given is that this year "art was awarded instead of popular taste."

Then "political correctness" got in the way, which treaded on the Afro-American representation (under the labels of "diversity" and "inclusion"), so much so as to define the Chinese Chloé Zhao, who won the Oscar as best director for the film “Nomadland”, “black woman” (a term that generally defines African-Americans). In the end, this cut went against the interests of the African-American artistic community itself, because it created the suspicion that the actors had been nominated not to harm their skin color rather than their talent, which was very deserving.

Cinema, understood as cinemas, was also among the losers, considering that all 32 American films chosen for the "nominations" were produced for streaming platforms, including 11 for Netflix and 12 for Amazon and the others. between Hulu. Disney + and Apple Tv.

Finally, there was the loss of the television audience, which decreased by 58% compared to last year's program. which was built in a traditional way before the closure for the pandemic. In terms of audience we are talking about 23,6 million viewers in 2020 and 9,85 million this year (later updated to 10,4 million) for a 210-minute program produced and broadcast in prime time by the ABC network owned by the company. Disney.

The only positives were ABC's record $ 155,9 million in ad revenue (a 4% increase over the 2020 Oscars), and the Academy of Motion Picture's lower cost of broadcasting rights. Arts and Sciences.

Traditionally, ABC pays the Academy $ 100 million, but this time Disney's broadcast rights have been reduced, although the amount of savings is unclear. What is known is that the cost of a 30 second commercial was $ 2 million.