Español
News preview The Recovery Plan presented to the Chamber

The Recovery Plan presented to the Chamber 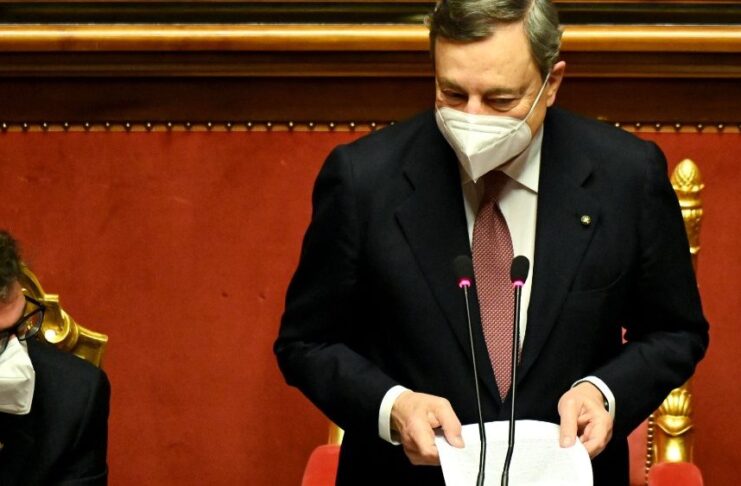 Giorgio Dell'Arti
He was born in Catania on September 4, 1945. Journalist from 69 to Paese Sera. He moved to Repubblica in '79: correspondent, head of service, editor-in-chief, founder and director for four years on Friday, editor of the monthly Wimbledon. He directs the Monday edition of Il Foglio, he is a columnist for La Stampa and La Gazzetta della sport and writes for Vanity fair and Il Sole 24 ore. Dell'Arti is a historian of recognized authority, specialized in biographies; published (among others) The Man of Trust (1999), The day before 2008 (7247) and the encyclopedic work Catalog of the living - 2008 remarkable Italians (5062, re-edition of the Catalog of living - 2006 remarkable Italians, 2011 ). Among the latest books are: Cavour - Life of the man who made Italy (2013); Francis. Do not be afraid of tenderness (2014); The newcomers (2015); Moravia. I'm alive, I'm dead (2016); Pagan Bible (XNUMX).
April 27 2021
News previewToday

Draghi presented his Recovery Plan to the Chamber: «We will have 248 billion. The fate of Italy is at stake "

• In Puglia, a car in which three migrants were traveling was chased and attacked by rifle shots
• Russia expelled an Italian diplomat. It is the answer to the expulsion of two Russians from Italy in the case of the naval officer arrested for espionage
• There were another 301 deaths yesterday. The number of people admitted to intensive care is 2.849 (-13). The positivity rate goes up again and is at 5,8%. People vaccinated are 5.291.339 (8,87% of the population)
• The European Commission sued AstraZeneca for failing to comply with the vaccine delivery contract
• In Bassano del Grappa, in the province of Vicenza, an 18-year-old student died during his dad
• Also in Bassano, two cases of an Indian variant were found in two infected, father and daughter, Indians. In the province of Latina there is an outbreak among Sikh laborers
• The Nas carabinieri checked a thousand supermarkets in Italy and found traces of coronavirus on Pos and on trolleys
• Fourteen regions are in the yellow zone, bars, restaurants and cinemas are reopening. In Rome, Nanna Moretti stepped out of the Sacher cinema: «Come on, gentlemen! Come! ». The Fenice reopens in Venice
• Europe may soon reopen its borders to American tourists. In Melbourne 78 thousand people at the stadium. In Thailand, the prime minister was fined for having no mask
• The Italian missionary Christian Carlassare, the youngest bishop in the world, was injured in an ambush in South Sudan
• The Prosecutor's Office requests the filing of the driver of the truck that overwhelmed Alex Zanardi. The family is opposed
• The Football Association has approved the anti-Super League rule: those who join are out of the league
• Uefa opens an investigation into Ibrahimovic for a betting company of which he is co-owner
• Yesterday, in the postponement, Torino Napoli finished 0-2, Lazio Milan 3-0

Being nervous increases the risk of getting Parkinson's [Agi].