The stadiums begin to reopen 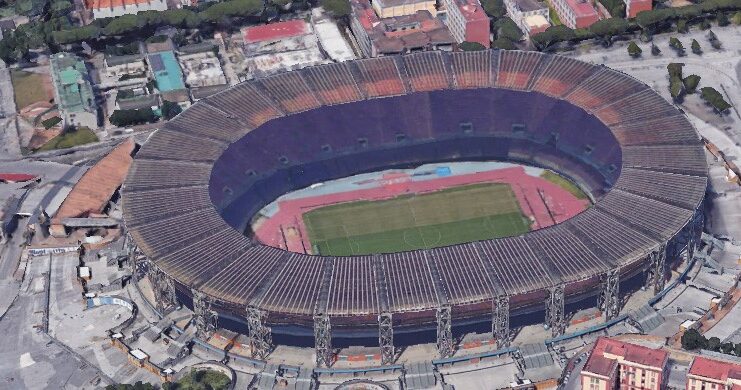 Giorgio Dell'Arti
He was born in Catania on September 4, 1945. Journalist from 69 to Paese Sera. He moved to Repubblica in '79: correspondent, head of service, editor-in-chief, founder and director for four years on Friday, editor of the monthly Wimbledon. He directs the Monday edition of Il Foglio, he is a columnist for La Stampa and La Gazzetta della sport and writes for Vanity fair and Il Sole 24 ore. Dell'Arti is a historian of recognized authority, specialized in biographies; published (among others) The Man of Trust (1999), The day before 2008 (7247) and the encyclopedic work Catalog of the living - 2008 remarkable Italians (5062, re-edition of the Catalog of living - 2006 remarkable Italians, 2011 ). Among the latest books are: Cavour - Life of the man who made Italy (2013); Francis. Do not be afraid of tenderness (2014); The newcomers (2015); Moravia. I'm alive, I'm dead (2016); Pagan Bible (XNUMX).
April 30 2021
News previewToday

The stadiums are starting to reopen, 4500 spectators will be able to attend the final of the Italian Cup.

• Shortly after midnight in Italy, during a religious gathering in Israel attended by tens of thousands of Orthodox Jews, about forty people died and about a hundred were injured due to the collapse of a staircase.
• The nine former terrorists arrested in Paris do not want to return to Italy, the judges of the Court of Appeal have allowed them to wait for the outcome of the extradition process at home on probation. Di Marzio is the only one of the ten still on the run
• The Grinzane Cavour jeweler who shot and killed two robbers is now under investigation. The bandits used a toy gun
• There were another 288 deaths yesterday. The places occupied in intensive care are 2.640 (-71). The positivity rate rises to 4,3%. People vaccinated are 5.697.317 (9,55% of the population)
• A XNUMX-year-old woman raped and stabbed in Pompeii died in hospital. Her ankles were broken
• The Verona Public Prosecutor's Office has investigated a man who has won twice in a row at Scratch and Win. They suspected him of scam
• In Puglia, the police found 65 assault machine guns, 33 rifles, 99 pistols, anti-tank mines, hand grenades, about 300 detonators and 10 pistol silencers hidden in a farm
• Vittorio Lauria's lawyer, one of Ciro Grillo's three friends, gave up his mandate after the episode of Non è l'Arena in which he screwed up his work
• Navalny reappears in court with a hollow face and shaved hair
• Life imprisonment for Igor the Russian for the three murders committed in Spain
• China has launched the first module of its new space station into orbit
• The Pope has prohibited cardinals from receiving gifts worth more than 40 euros
• Accident in the construction site of the Amazon warehouse in Alexandria, one dead and five injured
• Europa League, Manchester United beat Roma 6-2.
• Filippo Mondelli, world rowing champion in 26, died at the age of 2018. He had osteosarcoma in his left leg

Corriere della Sera: Vaccini, race of the regions
the Republic: Justice, the ravens of the CSM
La Stampa: "The vaccination pass doesn't work, it puts privacy at risk"
Il Sole 24 Ore: Recovery, green light for the Draghi project / 35 billion decree for investments
Avvenire: Spring cleaning
Il Messaggero: The civil servants in the office since Monday
Il Giornale: Who defends the terrorists
I read: Pompeii, shock death of a 24 year old
Qn: We 500 vaccines, Berlin double
Il Fatto: Son denied, slow-motion vaccines
Libero: First of May, the feast of the unemployed
The Truth: Good with terrorists, tough with those who defend themselves
Il Mattino: A brake on smart working
il Quotidiano del Sud: Getting out of the labyrinth of not doing
the manifesto: The ecological fiction
Tomorrow: Taxing large multinationals is possible: ask Joe Biden

In China, people under 18 are not allowed to go to mass [Franco, CdS].