Español
News preview The Superlega is born, football has changed since tonight

The Superlega is born, football has changed since tonight 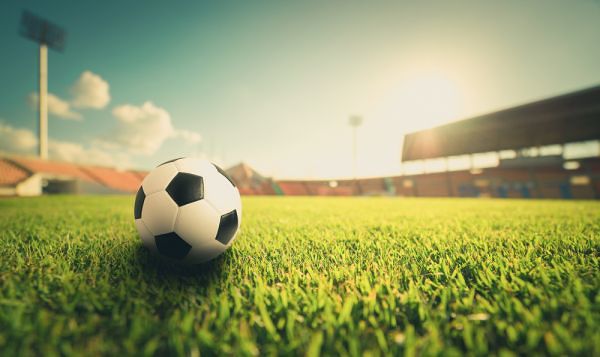 Giorgio Dell'Arti
He was born in Catania on September 4, 1945. Journalist from 69 to Paese Sera. He moved to Repubblica in '79: correspondent, head of service, editor-in-chief, founder and director for four years on Friday, editor of the monthly Wimbledon. He directs the Monday edition of Il Foglio, he is a columnist for La Stampa and La Gazzetta della sport and writes for Vanity fair and Il Sole 24 ore. Dell'Arti is a historian of recognized authority, specialized in biographies; published (among others) The Man of Trust (1999), The day before 2008 (7247) and the encyclopedic work Catalog of the living - 2008 remarkable Italians (5062, re-edition of the Catalog of living - 2006 remarkable Italians, 2011 ). Among the latest books are: Cavour - Life of the man who made Italy (2013); Francis. Do not be afraid of tenderness (2014); The newcomers (2015); Moravia. I'm alive, I'm dead (2016); Pagan Bible (XNUMX).
April 19 2021
News previewToday

Shortly after midnight, 12 clubs including Manchester United, Liverpool, Real Madrid, Barcelona, ​​Juventus, Milan and Inter, announced that starting next year they will play their own tournament, the Super League. Uefa and the leagues of England, Spain and Italy are thinking of reprisals. A war has begun in the world of football

• Near Bassano an Albanian bricklayer killed his wife with a hammer
• In Aosta, a 33-year-old Romanian woman was found dead in her apartment, half-naked and with her throat cut
• Near Pavia, a Russian dog breeder threw herself into a canal to save a puppy and died
• In the same hours in which Salvini was indicted for the Open Arms case, in Pozzallo the Coast Guard seized the ship of the NGO
• Another 251 deaths were recorded yesterday. The number of places occupied in intensive care continues to decline (-29). The positivity rate rose to 5,5% from 4,6% on Saturday. The people vaccinated (two doses) are 4.458.079 (7,47% of the population)
• Inail was forced to pay € 20 in compensation to a lady who fell down the stairs while she was in smart working
• Alexei Nalvalny could die in prison at any moment, her doctors say. Biden warns Putin: "If Nalvalny dies he will answer for it." The Czech Republic expels 18 Russian diplomats
• In Myanmar, over 23 people have been released
• Another boy beaten in Colleferro
• A No Tav was seriously injured in the eye by a tear gas canister thrown by policemen
• Luigi Covatta, a historic socialist leader and director of Mondoperaio, died at the age of 78
• Milan beat Genoa 2-1 thanks to an own goal by Scamacca. Atalanta beats Juventus 1-0 and overtakes them in the standings. Lazio overwhelms Benevento 5-2, Torino imposes a comeback on Roma and Bologna trims four at La Spezia. In the postponement, Napoli-Inter 1-1
• Verstappen wins in Imola. Hamilton makes a mistake but comes back up to second place, third Norris. At the foot of the podium, the two Ferraris
• From 2022 Formula 1 will race a Grand Prix in Miami
• In MotoGp Quartararo wins again, also in Portugal, Bagnaia second, then Mir and Morbidelli. Marc Márquez seventh, fall for Rossi
• Tennis, Tsitsipas liquidates Rublev with a dry 6-3 6-3 and wins the Monte Carlo master
• Mia Ceran, of Quelli che il calcio, announced she was pregnant on live television

According to the BBC, based on the number of complaints received, coverage for Filippo's death is the event that viewers have complained about the most in the broadcaster's entire history [Il Post].