Español
Recommended Trump and Renzi: is there worse than COVID?

Trump and Renzi: is there worse than COVID? 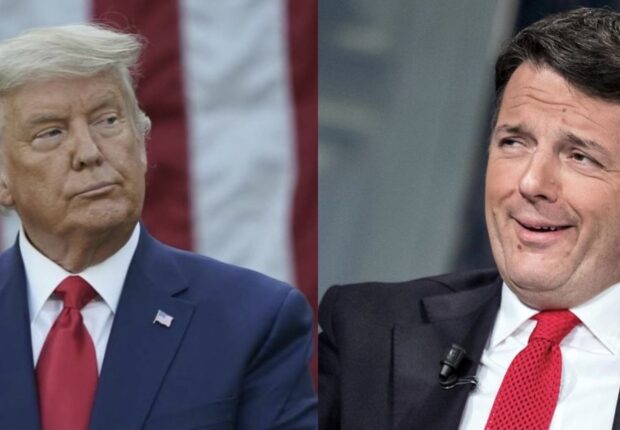 The year 2020 ended badly in a real and media bombing of coronavirus infections and deaths, but 2021 started worse, as never could have been imagined: the tumultuous departure of President Trump defeated in the elections, which showed the limits of American democracy and the absurd exit from the majority of the Italian government of Renzi's small party capable of producing an unexpected and inexplicable political crisis in the midst of the disastrous pace of the coronavirus pandemic.

Washington is a great capital and a beautiful city with extraordinary neoclassical monuments, such as the Parliament, the White House, the High Court and the magnificent gardens that from the Capitol reach the imposing Lincoln Monument, on the quiet banks of the Potomac. The entire district, the Washington District, wedged between the states of Maryland and Virginia, has a limited size and a population of just over 700.000 inhabitants, a political, bureaucratic and museum city, a quiet and rigorous city: the history of the United States the last two centuries has all passed this way.

That afternoon of January 6, 2021, the Catholic holiday of the Epiphany, Trump came out of the White House and took to an improvised stage along the fence of his garden, to harangue a huge crowd attracted by numerous appeals via social media, to counter the taking of parliamentary act of the election of Joe Biden as his successor and 46th President of the United States for the next four years. Trump's fiery speech that disavowed the election result prompted the crowd to invade the Capitol in an attempt to block the ongoing ceremony chaired by Mike Pence, Vice President still in office who, perhaps reluctantly, had decided to do his duty institutional.

The human wave overwhelmed the weak resistance of the few Police deployed in defense of Parliament by destroying doors, windows, furnishings, furniture, taken with impunity by smug cell phones, but failed in its purpose and Biden was proclaimed by the National Parliament President of the Federal Republic . There have been deaths and injuries, but it is not known exactly how many. Political violence in the streets is not part of the history of the United States or even of most Western countries. The event could have had a revolutionary or counter-revolutionary profile of a South American type and ended in ridicule and disgust, led by a half-naked mannequin with large horns on his head, from Arizona.

That large crowd crowded under Trump's stage, regardless of the viral infection, was not made up of citizens of the Federal Capital, but of mobsters regardless of national anti-Covid regulations, coming from the most remote corners of the country as was ascertained by subsequent judicial investigations. Adam Johnson 36, previous for drugs, was from West Florida, Derrik Evans was a state congressman from West Virginia, Richard Barnet 53, photographed with his feet on Nancy Pelosi's desk, had arrived from Arkansas, Lomie Coffnon seventy ' years came from Alabama in a van loaded with weapons, Christopher Albert had arrived from Maryland armed with a gun, Larry Rendall Brock from Texas and Air Force veteran had arrived carrying handcuffs. The so-called "Boss", the shaman follower of the conspiracy group known by the nom de guerre of Jake Angeli, whose real name is Jacob Clausley, is currently positive for Covid and is locked up in the Phoenix Penitentiary, where he came from. The other 9, already arrested on January 400.000, were no different from these listed and testify to the gravity and political and cultural poverty of the riot that took place while thousands of American citizens were dying every day from Covid for months, until reaching in the past year solar XNUMX units. That evening George Clooney, who is a much loved and well-known American actor, felt compelled to make a bitter comment: "Trump ended up in the dustbin of history."

In the following days commentators of various kinds and politics, on both sides of the ocean, condemned and despised the event and its inspiration, as a serious wound to democracy and to the history of the United States. Trump then tried unsuccessfully to back down but Clooney's comment will now accompany his name forever.

According to the Washington Post, the investigators would be oriented to verify if the intentions of the insurgents were really to capture and assassinate members of Parliament and the Government. Meanwhile, Parliament has activated the "impeachment" procedure against President Trump for instigating an insurrection against the powers of the state and more. It would seem that that day in the crowd there were also many "white supremacists", listed as terrorists by the Federal Police.

January 20, 2021, the day of Joe Biden's oath, will be an epochal event for Americans: 25.000 soldiers will be deployed in Washington to defend the White House, the Federal Capital City and democracy. However, the social malaise that had found its outlet in Trump's populism is certainly still alive and bleeding. Will Joe Biden know how to deal with it?

Meanwhile, in the Roman palaces of politics, a mini tragedy of the First Republic has taken place that has nothing to do with the Italian social malaise, the impending misery, the rebelliousness of ancient memory, the newly intrusive populism. Perhaps it was an act of private war, of a personal nature, or perhaps a battle of seats and power.

Compared to the first Republic whose history is full of similar acts, this current one is more violent, more inappropriate, with an unreliable formal justification, proposed by those who are not new to theater shots of this kind and that a year and a half earlier had assured full support to the Government until the end of the legislature. And all in full pandemic, with the country crushed by the fear of the virus, clinging to the hope of the vaccine, terrified by the more than 500 daily deaths that overall exceeded almost 80.000 victims in 2020 alone. Never a government crisis was less appropriate and the historical citations of similar cases are not such. In 43 Badoglio replaced Mussolini in the face of the now lost war: it was the attempt to save what could be saved with the change of alliances and a civil war, partisan resistance, and thousands of deaths on all sides came out of it. Some have also cited Chamberlain's replacement with Churchill as a painless change and a harbinger of a great victory: but that was not a political change as Chamberlain had to leave his post because he was beset by a serious cancer that led to his death less than six months. after.

Will the Conte government and its wounded majority resist the small tsunami caused by Renzi? The question fascinates the rooms of power, the Roman palaces, the columnists, the press, information of all kinds, but has little involved the Italians, from San Candido to Marsala, struggling for almost a year with the lockdown, the smart working, the blocking of interregional movements, the closure of restaurants and bars, remote schooling, the timetables for the take-away of food, growing unemployment, insufficient "refreshments", etc. These problems are the same all over the world and especially in the 27 EU countries, but only we in the civilized West, apart from Israel, have managed to find the illogical space to complicate everything with an insane government crisis!