Español
Letter from Letter from Naples Naples: Vivara, the appendix of Procida

Naples: Vivara, the appendix of Procida 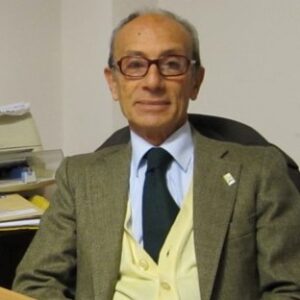 Ugo Leone
Ugo Leone (Naples, 1940) formerly full professor of Environmental Policy at the Faculty of Political Sciences of the University of Naples “Federico II”. He was president of the Vesuvius National Park. He has been enrolled in the register of publicists since 1969. Author of numerous publications on environmental and risk issues, he directs the magazine "Ambiente Rischio Comunicazione"; he is on the steering committee of the magazine “.eco”; collaborates with the Neapolitan edition of “la Repubblica”. He has published books with Angeli, Cuen, Guida, Esi, Giappichelli, L'Harmattan, Carocci. Ultimi Fragile (Carocci 2015), Napul'è (Intra Moenia 2017), A Ambiente and A Acqua (Double voice 2020).
February 10 2021
Letter fromLetter from NaplesNetwork

Many of those who were pleased with the recognition of Procida as the capital of culture in Italy for 2022 recalled that the island also has a precious "appendix" which is the islet of Vivara. Islet, but can also be reached on foot considering that it is connected to the mother island by a bridge.

Vivara was recognized as a “Protection oasis and refuge for sedentary and migratory fauna” by a decree of the President of the Regional Council of the Campania Region on May 10, 1974. Then, since 2002, it is a protected natural area. Since, that is, a Ministerial Decree of 24 June declared it a State Natural Reserve. Duty recognition because the quantity of flora and fauna features that are present impose a rigorous protection in case someone (belonging to the category of those children whose mother is always pregnant) wants to take away the whim of some uprooting of plants and / or some shotgun shot. Not only that, but also because in these 32 hectares there are historical, anthropological and architectural values ​​that are little known and generally ignored but of exceptional importance despite being, among other things, the seat of important archaeological finds of Mycenaean origin

Much of the credit for the findings of Vivara's "historical" origins since the Bronze Age goes to the German archaeologist Giorgio Buchner, known above all for his studies on the prehistoric population of Ischia and on the foundation of the colonies of Magna Graecia in what era was called Pithecusa.

These are important results because they made it possible to establish two moments in Vivara's history: its role as a link, also commercial, and its real greater surface extension which was then reduced to its current size following the bradyseismic dynamics of the Phlegraean area .

As there was no continuity over time, the findings made it possible to ascertain the disappearance of stable life on the island for at least a couple of thousand years. So the most recent signs of presence can be traced back to the mid-eighteenth century when King Charles of Bourbon made it a hunting reserve and, to be sure to fill the game bags, he also made it the object of repopulation with pheasants, rabbits and roe deer.

In the following years and centuries Vivara experienced a situation of degradation caused by neglect and the work of vandals and poachers. Until the Scotto La Chianca family, owner of the island, decided to close the illegal gates and established a fruitful collaboration with the voluntary surveillance service of the LIPU (Italian Bird Protection League).

After various vicissitudes, the task is now entrusted to an Extraordinary Commissioner, Gennaro Esposito, who is well informed of the facts having been, among other things, director of the Vesuvius National Park.

Today only the roots of history remain. Instead, despite everything, nature survives and its flora-fauna richness makes it an important attraction. All the more important in consideration of the fact that in a year the mother Procida in carrying out her role as capital of culture, will be able and will have to take it into due account, enhancing the characteristics of a privileged daughter who in her limited space contains the geomorphological, volcanological characteristics, botanical and fauna representative of the Mediterranean island environment.

In short, it constitutes an important attraction for scholars and for groups of "intelligent" tourists. I say "groups" because, like all areas with these characteristics, it has a load capacity that must be strictly respected. And I say "intelligent" because I am referring to those who do not think of going to Vivara to take a nice bath in its waters. Yes, because the island has just three kilometers of coastline and has no beaches. In short, those who want to enjoy this wonder will have to use the long flight of steps built especially for the visit of Princess Maria Jose.

All the better if everything will happen on a beautiful day of clear and clear skies because, as they told me, "At the end of the plateau, in the upper part, it is possible to enjoy the view of an extraordinary spectacle over the entire Gulf of Naples. it rises, for about 300 degrees, from the Pontine islands to the Mainarde in the Apennines, passing through Ischia, Capri, the Sorrento coast and Vesuvius ».

This too is tourism and this is also culture for Procida 2022.

Read also:
What to do for the waterfront