Walter Biot: "I'm a desperate man, not a traitor" 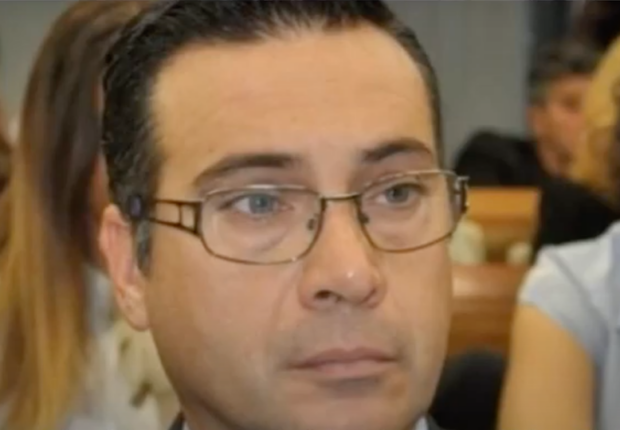 Giorgio Dell'Arti
He was born in Catania on September 4, 1945. Journalist from 69 to Paese Sera. He moved to Repubblica in '79: correspondent, head of service, editor-in-chief, founder and director for four years on Friday, editor of the monthly Wimbledon. He directs the Monday edition of Il Foglio, he is a columnist for La Stampa and La Gazzetta della sport and writes for Vanity fair and Il Sole 24 ore. Dell'Arti is a historian of recognized authority, specialized in biographies; published (among others) The Man of Trust (1999), The day before 2008 (7247) and the encyclopedic work Catalog of the living - 2008 remarkable Italians (5062, re-edition of the Catalog of living - 2006 remarkable Italians, 2011 ). Among the latest books are: Cavour - Life of the man who made Italy (2013); Francis. Do not be afraid of tenderness (2014); The newcomers (2015); Moravia. I'm alive, I'm dead (2016); Pagan Bible (XNUMX).
April 2 2021
News previewToday

• Walter Biot, the officer accused of having passed 181 confidential files for 5 thousand euros to the Russians, is now in solitary confinement in Regina Coeli. "I'm a desperate man, not a traitor"
• Pope Francis let a cardinal celebrate Holy Thursday Mass. It was thought it was a health problem, but instead he went to see Angelo Becciu, from whom he himself took away his prerogatives as a cardinal nine months ago (in the morning the Pope said that today Jesus' preaching "would end on the third page of a provincial newspaper ")
• Last night, with a speech on Zoom, Giuseppe Conte made official his candidacy to lead the 5 Stars
• Fontana case: according to an expert opinion, the signature of the governor's mother, used to open the account at the UBS in Lugano - the one with the suspected 2,5 million euros - is probably false. Now, with the letter rogatory in Switzerland, the prosecutor wants to compare it with the original documents
• Salvini went to Budapest to launch a new European sovereign axis with Orban and the Polish prime minister
• The League falls below 23%, Fdi breaks through the 17% share. Is the first time
• Recovery, the go-ahead from the Senate for a majority resolution for the plan
• There were another 501 deaths yesterday. Hospitalized patients (-260) and intensive care (-29) are down. The positivity rate dropped to 6,6%. People vaccinated (two doses) are 3.237.582 (5,3% of the population)
• Fifteen million doses of Johnson & Johnson's vaccine were lost due to a mistake by the company that manufactured them
• On Wednesday 282.158 doses of the anti-Covid vaccine were administered in Italy, the maximum in a day since the start of the campaign. For the first time after a five-week increase, Piedmont recorded a reduction. Cases are increasing in Liguria and Campania
• Russia signs an agreement to produce 100 million doses of the Sputnik vaccine in China. Moscow registers the first anti-Covid vaccine for animals. The Olympic torch will not go to Osaka due to too many infections in the city. Light lockdown in Berlin, peak of deaths in Brazil, diplomats flee North Korea. Yankee Stadium reopens in New York
• The body of Mattia Fogarin was found in a canal in Padua, who had disappeared ten days ago after a disappointment in love
• Massimo Melotti, the art critic who felt ill while giving a remote lesson to the students of the Accademia Albertina in Turin, died
• The funeral of Daniel Guerini was held in Rome, the 19-year-old footballer who died in a car accident, there were three thousand people
• "Mom, I love you. Tell my children that I love them, I'm dead », these are the last words of George Floyd taken from the bodycam of one of the three officers accused of killing him. The video was shown yesterday in the courtroom
• Biden allows trans people to serve in the US military
• In Hong Kong, seven activists from the democracy movement were found guilty of organizing a march in 2019
• Navalny has lost eight kilos and continues on hunger strike in the hope that a doctor will come to see him
• Two teachers arrested in Naples: they asked students from 20 to 40 thousand euros to help them pass the competitions
• In England there is a lady who earns 62 thousand euros per minute. This is Denise Coates, head of the betting company Bet365
• The eruption of Etna continues, closed the airspace over the airport of Catania for a cloud nine kilometers high
• Party in the villa in the hills of Juventus McKennie with Dybala and Arthur: twenty fined for violating anti-Covid regulations
• Lite Ibra-Lukaku, Inter and Milan will donate the fines to charity
• Los Angeles County Sheriff said due to privacy reasons he will not disclose the dynamics of the car accident involving Tiger Woods.