Español
Uncomfortable diary What is life without money? Maybe it's worth little, but not ...

What is life without money? Maybe it's worth little, but you can't buy another one 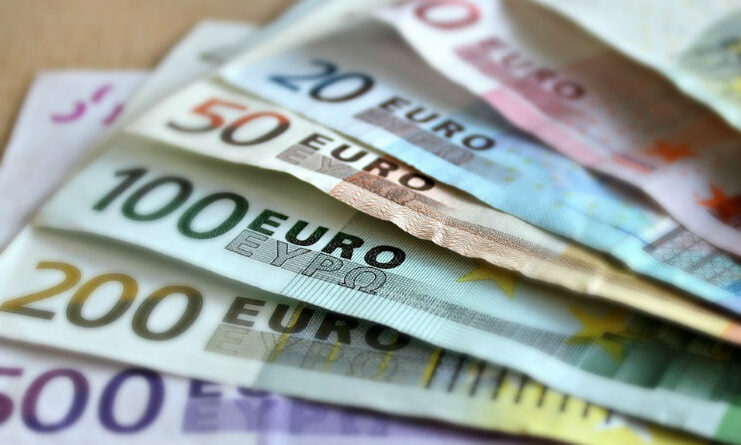 Roberto Tumbarello
Roberto Tumbarello, professional journalist, graduated in Law, has three children and six grandchildren. Medal "pro merit" of the Council of Europe, of which he has been spokesman in Italy for many years, is expert in Communication and Human Rights. He was editor and special envoy of several large circulation newspapers and periodicals. He ended his career as editor of the "Giornale di Napoli". Among his latest successful publications: "Was Jesus Right or Left?" (Sapere 2000, 2009), "Save yourself who can" (Edizioni Radici, 2012), "Either the bag or the life" (Armando, 2014), "Journey through life" (Armando 2017), currently in the bookstore.
April 20 2020
Uncomfortable diaryNetwork

Everyone has their own vision of the Coronavirus. In addition to the danger of life, which seems to me for many steps in the background, there are those who fear that the mafia will take advantage of the paralysis of activities to strengthen and recruit affiliates. There are also those who try to hide it because, sooner or later, the elderly must die and, patiently, if they steal their last years of life. The Nordics take advantage to mock Italy and dictate their supremacy in Europe. Most want to go back to work. I wonder what would happen if a war broke out and we had to remove the corpses and also the rubble.

If we do not eat with culture and do not heal with science, we are in bad shape

He gropes in the dark, everyone has their say. Someone hoping to lend a hand, others to confuse ideas. There are those who have fun in a time of viruses. There is no drug or other antidote. Other than vaccine! The end is not in sight yet. This is why so many reckless people break the rules. In any case, the fines will be paid in the afterlife. To delude us that there is a future, bookstores reopen, but empty of knowledge. As if it were enough to dig a well for the oil to come out. I already see huge crowds buying useless and even harmful books. To write them are the same as the messages on Facebook.

We are at the starting point without any progress, but to take courage, phase two begins

The only serious discovery by the scientific community are the masks. They have finally arrived. Without it you could not go to the beach. pharmacists can speculate on us, exempt from the crime of manipulation. Toy stores and leisure activities reopen instead of work. Although in difficulty, we try in any way to make money. Dutch and Germans prefer the spread war, not Eurobonds. So much so, the others die, not the immortals. Except Zaia, who is constantly changing opinion as it is today in fashion, we took away from the balls what was nothing.

When a gentleman like Franco Lauro leaves, the world cannot remain as it is

We should meditate on his personality and behavior, on the joys and satisfactions he has experienced, on the sacrifices he has imposed on himself to never step on anyone in a selfish and malevolent society. Not just us journalists, but everyone. I didn't know him, but seeing him often on TV I felt that he was a better man than others, to be taken as an example and to be imitated. Always kind, loyal, correct, respectful. He was a great gentleman. He leaves us well in advance at only 58 years old. But with a long trail of admiration and regret, as if we had lost a family member. Indeed, a friend.

These are the really useful services. We can do without toy stores because they belong to the era of our ancestors. And then, now the few children who are there are only having fun with the smartphone. Clothes, both for them and for adults, can be purchased on the internet. The more stores are closed the more they earn. Is the beach part of phase two too? Do you have to wait for summer to go there? These are the questions that are expected to be answered. They were once exalted and mad to kill the elderly in retirement homes. Today, thanks to Coronavirus and idiocy, the institutions themselves think about it.

I don't believe in the chastisement of God because ours is a good and patient God, at best busy

However, we deserved it. Too arrogant, presumptuous, without respect for others and even a bit of thieves. But even if we don't find a vaccine or an antidote, sooner or later the nightmare will end. These events, like us, are not eternal. They are born and they die. As the plague, cholera, Spanish and other lethal diseases ended, the Coronavirus will also pass. Deaths don't count. Only if the infections decrease does it mean that the epidemic is ending. Who knows if we will learn a lesson from it. How will we be after? Of course better, because worse is not possible. We were already hitting rock bottom.

Couldn't those responsible, who seem more incapable of normal, be suspended in the meantime?

It seems that in the last world conflict, which lasted five years, just two thousand people died in Milan. While with Coronavirus, in just two months, the deaths are already eleven thousand. A godsend for the INPS that was collapsing, not knowing how to pay pensions. For some time now we have had the craze for one-off children and longevity. It is not possible. Or one or the other. So let's make a war from time to time, since the damage is so small, rather than hundreds of elderly people die in rest homes. The prosecutor investigates. But when the investigation is over, we will already be at the next epidemic.