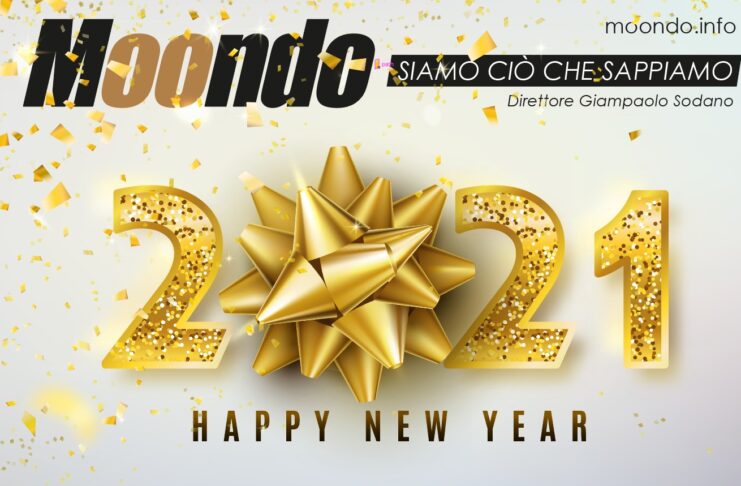 Giampaolo sodano
Giampaolo Sodano, a craftsman, oil master, journalist and company manager, was born in Rome. Before winning a competition in 1966 and joining Rai as a program officer, he carried out an intense advertising activity as a literary and film critic. In 1971 he is a professional journalist. In 1979 he became a company manager of RAI. In 1983 he was elected Member of Parliament. In 1987 he returned to professional activity in RAI and was appointed vice-president and managing director of Sipra and subsequently director of Raidue. In 1994 he was general manager of Sacis and the following year director of APC, RAI purchasing, production and co-production management. In 1997 he resigned from RAI and became director of Canale5. A brief experience after which he gives life to a consulting company "Comconsulting" with which in 1999 he collaborates with the B&S Electra fund for the acquisition of the company Eagle Pictures spa of which he becomes president. In 2001 he was elected vice president of ANICA and President of Unidim (Union of Distributors). From 2008 to 2014 he was vice president of "Sitcom Television spa". He was President of IAA. Italian section (International Advertising Association), President of Cartoons on the bay (International Cartoon Festival) and President of the Sorrento International Cinema Meetings. He has written and published “The things possible” (Sugarco 1982), “Le coccarde verdemare” (Marsilio 1987), “Birth of Venus” (Liguori publisher 1995). He changed his life and profession, became an oil craftsman and in 1999 bought an old oil mill in Vetralla. As an oil master, he engages in associative activity taking on the role first of vice president and then director of the Italian Frantoiani Oleari Association (AIFO). With his wife Fabrizia he published “Pane e olio. guide to artisan oil mills ”and“ Escape from the city ”.
December 31 2020
Recommended

I have lived with commitment and with a spirit of solidarity, in the past 3 years, the happy experience of directing this newspaper. We have come a long way in recent years and have achieved important goals: four million unique readers (of which 240.000 read us in the different languages ​​of the world), with a view of thirty-two million pages and an average reading time of 3,23 minutes. . 94% of the readers are in Italy, of which 50% are between 35 and 65 years of age. It is not useless to remind ourselves, first of all, that if our project - which we called "we are what we know" - was born and established itself - this is due exclusively to the voluntary work and the "vision" of a group of "adventurous "Intellectuals, writers and journalists and the decisive contribution of ideas and work, also voluntary, of Alessandro, Alessio and Roberto, the three fellow travelers who founded CuDriEc, the marketing agency that promoted the birth of Moondo .

The power to imagine the world, to practice it, inhabit it and use it has been in the hands of political and financial lobbies for a long time. We have been consigned for many years to a worthless consumerism that accompanied the illusion of eternal development and a happy unconscious future, while poverty and inequality survived around us. We have experienced the season of opulence that has forged a new society with a great void at its center: no ideologies and no ideal, neither for Christ nor for Caesar, to the point of exchanging development with progress and production of goods with the printing of derivatives.

Capitalism was born first cheap, as the economists of American universities define it, in the double sense of cheap and poor. Then financial capitalism. And as in a world shaped like a large discount store on the shelf of history, instead of tradition and culture, we have found social media and influencers, with a decline in quality, values ​​and professionalism. A worrying impoverishment of language, spoken, written, visual. It is no small problem, the cheap which I mentioned has become meaning, reason, a way of interacting with others at the minimum of possibilities and with the minimum effort.

A minimum that dangerously affects the skills of theHomo sapiens to be able to formulate concepts, reasoning. The ways and times reduced to a minimum, the minimum number of words to express oneself and the minimum time to react. To this way of conceiving life, which the great players of the digital world amplify, we have responded with a newspaper that offers readers, in different languages, elements for reflection and not just news, we have responded with long form the opposite of the minimum, the opposite of the instinctive, the opposite of reactivity without the time of reflection.

First tangentopoli, then the crisis of 2008. The disfigured face of politics, the systematic disbelief of the government, all thieves and all impostors; we thought we were living in the worst of all possible worlds, all evil and with no return: an opaque world with no solution, the spiral of suspicion and slander, counterfeiting and fraud, the lie that comes from above. So off to the new demagogues who promise elusive redemption. A laugh during the show of a clown: a shot of identity pride in the native version of a simple fuck off or in the western one of the lonely knight. And so across the ocean we decided to put our destiny in their hands.

In spite of everything, the long night of the recession is over and the signs of a vitality never subsided have returned. Unfortunately it was an illusion, the night is back, this time in the darkness we discovered the mutant face of an unknown virus. Suddenly we find ourselves locked in our homes, in the midst of a new economic crisis and a global pandemic as wealth moves from west to east. Nothing is the same anymore: besieged by Covid 19 we are on our knees, we ate our savings, families are poorer and businesses struggle, when they do, to continue their business. However, I think we can start over, convinced that information can be the strength of a new elite capable of creating culture and restoring the social elevator (pivot of every democracy) in order to guarantee social cohesion, development and good governance of the state. . With the awareness that in order to start over we need to study, re-weave the torn canvas of our history starting from our past and from the mistakes we made.

A complex analysis and a perspective made even more difficult by the current ruling class which, in the face of events, shows all its inability to govern, to get in tune with the narrative of a country and its unique and extraordinary resources, of territory, of beauty, of sustainable development. And of culture.

2018 was the European Year of Cultural Heritage. They talked about it at the European Culture Forum in Milan, everyone was there: from the President of the European Parliament Tajani to Minister Franceschini, to the President of the European Parliament's Committee for Culture, Petra Kammerevert, as well as 800 representatives of the cultural sector of the European Union . The aim was to raise public awareness of the social and economic importance of cultural heritage: from archaeological sites to contemporary architecture, from popular traditions to the arts. The European Commission had considered that cultural heritage deserved a Year 2018 as culture is the beating heart of the identity and collective memory of European citizens as well as being a source of economic growth. And this was even more true for our country as Italy is the largest part of the world's artistic and archaeological heritage. Ultimately, we wanted to 'use' cultural heritage to strengthen European identity and enhance it, in more innovative ways, to 'do' economy. It was right to expect state-level initiatives on these issues, which should have been added to those at the European level (which never took place). None of this. There are European Years that are remembered and others that have passed without a trace.

We started from the awareness of this fragility. How to fix it, what could we do? We have put together the professional skills we have capable of making a journal of comments and reflections, of ideas in a continuous free comparison to innovate and renew cultural and political activity. And around all this a community of readers has formed, a social group that recognizes itself, despite the diversity of opinions, in some fundamental values. Now it is a question of deciding, at the beginning of a new year of work, which path to take to consolidate the path we have taken and what to do for its complete success by identifying the necessary resources and above all involving men and companies to create Moondo Editore. . And from here to start again.

In January by the notary to file the statute of the new startup, in February the meeting with investors, in March a seminar with the shareholders, the editors, the managers of the magazines and books, the collaborators to discuss the editorial plan.

A project that, in order to establish itself, needs to be supported by readers and writers, a cultural community, or rather a sort of literary café like those that were born in Enlightenment France or the Coffee Houses in London where businessmen and artists met to discuss investments but also books and politics. They were also successful in Italy, from the Caffè Florian in Venice to the Caffè Aragno in Rome to the legendary Caffè Giubbe Rosse in Florence which became famous for being the headquarters of the editorial staff of newspapers and magazines such as La Voce e Solariums.